Conor Daly will compete in this year’s 103rd running of the Indianapolis 500 driving a fifth Andretti Autosport-Honda entry, and for the second straight year he will be backed by the U.S. Air Force.

Last year, Daly ran one of the most eye-catching color schemes in the Indy 500, his Dale Coyne Racing machine painted up as one of the F-16s in the U.S. Air Force Thunderbirds display team.

The USAF was sufficiently impressed with the Noblesville, IN. native’s performance and with its own activation opportunity in America’s biggest sporting event that it has returned to not only back Daly’s #25 Andretti Autosport entry, but also become a full-season associate partner of team owner Michael Andretti’s four full-time entries driven by Ryan Hunter-Reay, Alexander Rossi, Marco Andretti and Zach Veach.

Said Daly: “I couldn’t be prouder to represent the Air Force for a second consecutive year at the Indianapolis 500. I would not be here without the effort from everyone at Andretti Autosport to make sure this program is structured for success.

“It means a lot to see the commitment that the Air Force has shown in me, and the chance to have a shot at winning the biggest race in the world.

“To be teamed with some of my best friends at undoubtedly one of the best teams on the grid is going to be a lot of fun! I’ve never had the chance to be on a team with multiple 500 winners so I am beyond excited to learn from them and ready to get to work

Maj. Ross McKnight, Chief, Air Force National Events Branch at Air Force Recruiting Service said: “This partnership closely correlates with how we fly, fight and win. We don’t send one aircraft to accomplish a mission; we build a strike package with multiple aircraft. The ability to sponsor Andretti Autosport’s five cars at the Indy 500 ties in greatly with how we accomplish our mission.”

“We’re really happy to welcome the Air Force to the Andretti family for the Indy 500 with Conor, and full season across all our cars,” said Michael Andretti. “Having five American drivers represent the team at America’s biggest race is very special and we’re proud to have the opportunity to pay tribute to the brave men and women of the U.S. Air Force.”

“The Air Force is excited to partner with Andretti Autosport for the Greatest Spectacle in Racing and the IndyCar Series,” said Brig. Gen. Jeannie Leavitt, Air Force Recruiting Service Commander. “These types of events are amazing venues for engaging with future Airmen. Like Andretti Autosport, the Air Force is committed to leading edge technology, teamwork and excellence in all we do.”

It will be the sixth time that Daly has entered the race, although he’s only made four starts – his Honda engine expired on the parade lap in 2015.

Daly has started 37 other IndyCar races, despite having completed only two full seasons since he returned from a junior formula career in Europe. As a full-timer with Dale Coyne Racing in 2016, Daly finished runner up at Detroit, while at AJ Foyt Racing in ’17, his best result was a fifth place at Gateway.

His most recent IndyCar events were three races last year with Harding Racing. 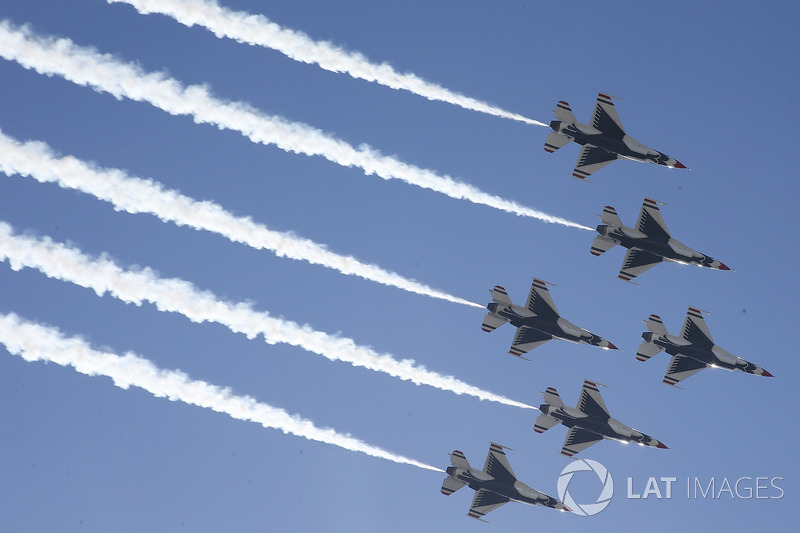 Dixon: Third manufacturer should be IndyCar's next target

Daly excited by pressure of “best shot ever” at Indy glory