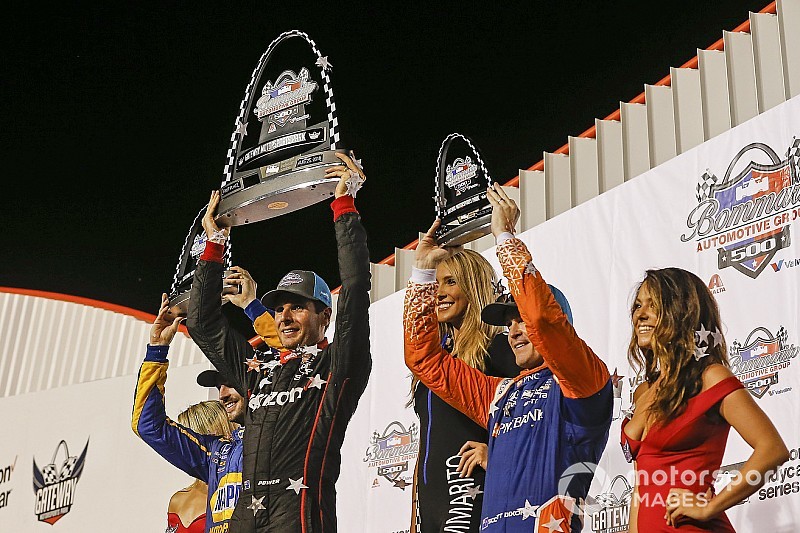 Bommarito Automotive Group today announced it has extended its sponsorship of the IndyCar race at Gateway Motorsports Park through 2021.

The Bommarito Automotive Group 500 presented by Axalta and Valvoline, which began in 2017, was originally only a two-year deal but a further three years have now been added.

The success of the two most recent IndyCar races at the 1.25-mile oval – won by Josef Newgarden in 2017 and Will Power in 2018 – have been seen by many observers as proof that the series can make oval races work, despite a downward trend in crowd numbers at some other oval races.

“The IndyCar event sponsorship at Gateway Motorsports Park has enabled us to deliver our message that ‘Price and Service Sells Cars,’ not only in our home market but on a nationwide level as well,” said Bommarito Automotive Group president John Bommarito.

“The efforts of our group, Axalta and Valvoline not only impacted our sales and service efforts, but also our mission of giving back to the St. Louis community. This was the perfect platform for everyone.”

“The Bommarito team and their partners have done a great job in coordinating their activation programs surrounding the event. The results have garnered the respect of the entire IndyCar industry.

“We have been fortunate to find a local sponsor who shares our vision,” Francois added.

This year’s race will be held on the evening of Saturday, Aug. 24. Click here for links to buy tickets to all IndyCar events.