Pfaff Motorsports has revealed that it has signed Porsche GTLM driver Laurens Vanthoor to partner with incumbent Zach Robichon in the 2021 IMSA WeatherTech SportsCar Championship.

Vanthoor, who won the IMSA’s GT Le Mans championship in 2019 and also the GTE Pro class in the 2018 Le Mans 24 Hours, became available following Porsche’s decision to withdraw its 911 RSRs from IMSA competition this year.

However, the 29-year-old Belgian remains a Porsche factory driver and he will this year drive Pfaff’s #9 Motul-sponsored Porsche 911 GT3 R in the GT Daytona category alongside Robichon for the full season.

The squad’s fourth driver for the Rolex 24 will be Australian Porsche factory driver Matt Campbell, who also drove a couple of rounds for the works GTLM squad in 2020, and who, like Vanthoor, won at Le Mans in 2018. Campbell co-drove the Dempsey-Proton 911 GT3 R to GTE Am-class victory.

Said Vanthoor: “When Porsche announced the end of the current GTLM program, I was disappointed because I love racing in America. So to be able to continue here and build on my future in IMSA with Pfaff is something I’m very happy about.

“I’ve done my homework on Pfaff Motorsports and have heard a lot of good things, so I think together with Zach Robichon, we have a very good package to go for the championship. That’s clearly our goal and mine as well, so I’m very much looking forward to that.”

“I don’t think we can underestimate the excitement that myself and the team have just to be racing again,” Robichon said reflecting on a stop/start season. “Looking at both our performances from [Daytona and Road Atlanta] last season, we believe that we can accomplish a lot going into 2021.”

Campbell echoed these remarks, stating: “We had some really good performance here [Daytona] last year with Zach getting pole position.

“For us drivers, we have the same goal this year and – that’s fighting for the Rolex that everyone is after, and going for the win. I really enjoyed my time with them previously, so I’m looking to get back at it and I’m sure we’re going to have a lot of fun.”

Pfaff’s team manager, Steve Bortolotti, commented: “Obviously we started last season showing some great promise, and we’re looking to pick up right where we left off. Primarily, I’m looking forward to our four drivers working together; in some way, Lars, Matt and Zach have all worked together.

“Laurens will be working with the three of them for the first time, but he obviously comes with some incredible experience and an impressive resume, so I’m sure it will be a seamless adaptation between all of them…

“We’re really looking at the bigger picture in 2021. In 2019, we proved that we had the pace, but I think our downfall was that we were too focused on winning every race we attended.

“Going in with the mindset of maximizing points week in and week out, I believe with our driver lineup and the team we’ve built that we can contend for the championship. Within that, the wins will come.”

Bortolotti’s observation regarding consistency being imperative in GTD was amply demonstrated by fellow Porsche team Wright Motorsports in 2020. Ryan Hardwick and Pat Long managed to finish second in the IMSA GTD standings with one win, three other podium finishes, but – just as crucial – no finishes outside the top nine. 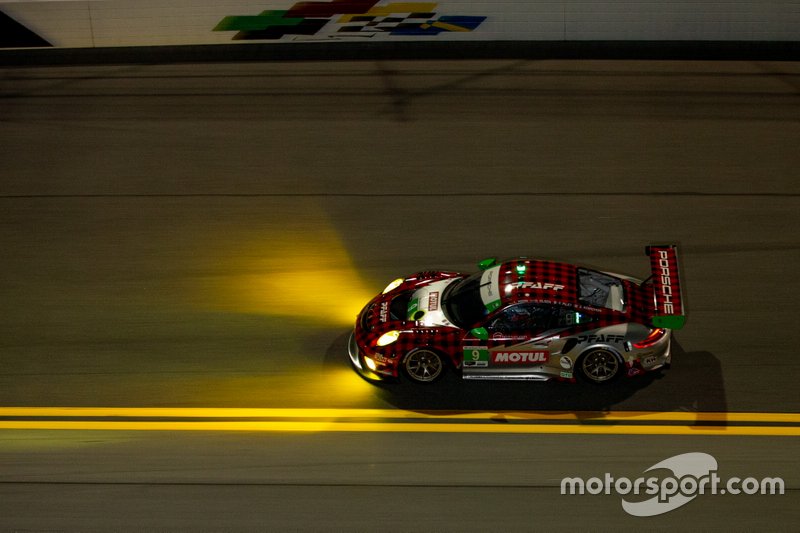 Robichon put the Pfaff Porsche on GTD-class pole for the 2020 Rolex 24 Hours at Daytona.

Vanthoor: Porsche treating DTM like any other customer programme