Mazda driver Harry Tincknell believes that the Japanese marque is "in a strong place" in its bid for a first win in the Rolex 24 at Daytona this weekend. 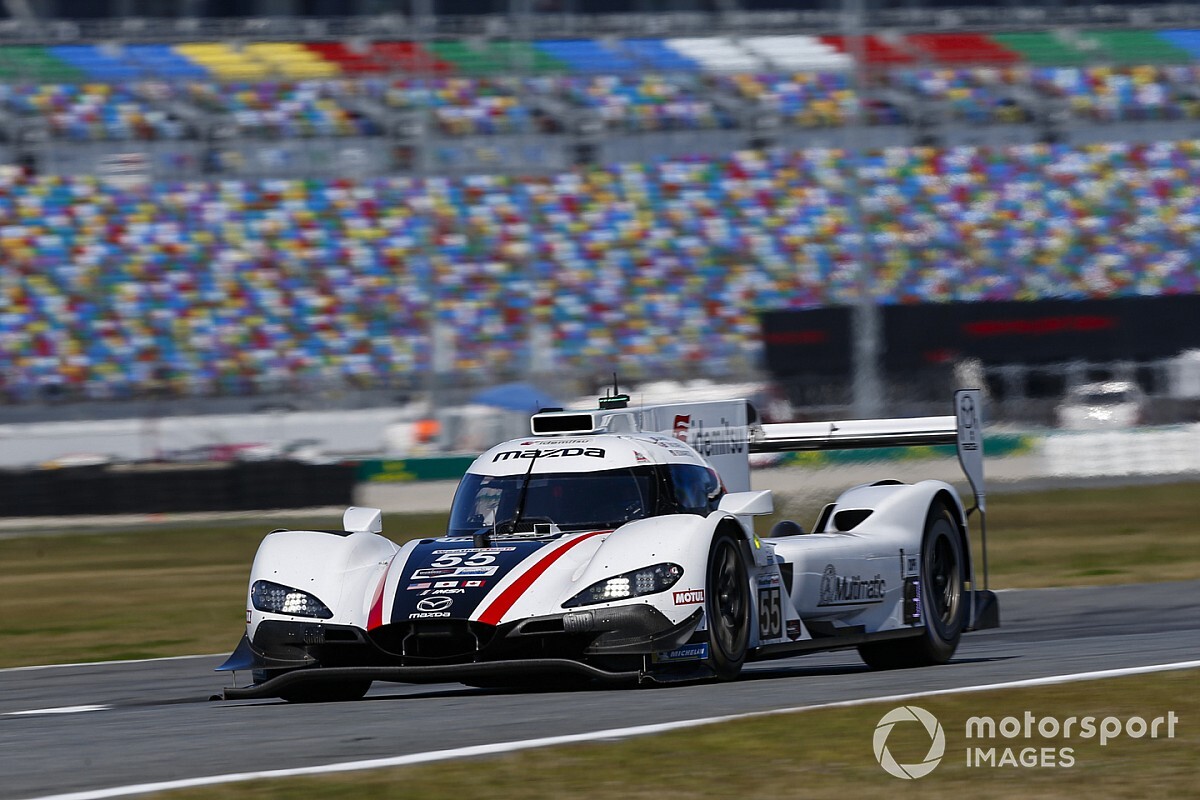 The Briton, who shares the solo Multimatic-run Mazda RT24-P with full-season partner Oliver Jarvis and Jonathan Bomarito, said that there is "an air of optimism" around the team as it attempts to improve on its second-place finish in last year's IMSA WeatherTech SportsCar Championship season-opener.

Tincknell pointed to the stability in the Mazda Motorsports operation at a time when there have been big changes in the make-up of the Daytona Prototype international grid as one reason for his optimism.

"We are really established now whereas there are a lot of changes with [other] teams, changing cars and getting up to speed with new drivers," said the 29-year-old. "In the past that has been us, changing teams, updates and changing driver line-ups. We are really solid."

Tincknell sealed the RT24-P's second IMSA endurance win in last November's rescheduled Sebring 12 Hours with Bomarito and Ryan Hunter-Reay, and it was the combination of Tincknell, Bomarito and Olivier Pla who scored Mazda's breakthrough win in another IMSA enduro classic – the 2019 Six Hours of Watkins Glen.

The Mazda DPi operation has been fully run by Multimatic for nearly 12 months after multiple Le Mans 24 Hours winner Joest Racing's involvement in the program ended early last year. The stable set-up at Mazda contrasts with the program of its rivals in DPi.

Acura has switched from Penske to work with the Wayne Taylor Racing and Meyer Shank Racing teams, while Cadillac has brought in the Ganassi team after WTR's departure from its roster.

Tincknell added that the Mazda program remains on "an upward trajectory" and that each year its package is "getting better and better". Jarvis and Bomarito echoed Tincknell's views.

Jarvis reckoned that the team is "optimistic but not underestimating our competition. If we do everything right, then hopefully we will be in a position to fight for the race win come Sunday morning."

Bomarito suggested that the drivers are "feeling good about their chances".

He said: "It means that all our eggs are in one basket, but we have a lot more eyes focussing on one car, so that is a real positive."

The Mazda finished second in last weekend's Daytona qualifying race, which has set the grid for the race, and ended up third in opening free practice and fifth in session two on Thursday. The car had a scheduled engine and gearbox change on Thursday evening, and just ran a single systems-check lap.

The final one-hour session of practice session starts at 11:20am local time on Friday.

For full and updated entrylist for 59th Rolex 24 at Daytona, click here.

Mazda cutting to one car has "positives and negatives"