Lamborghini chiefs are monitoring the development of common rules across the FIA World Endurance Championship and IMSA WeatherTech SportsCar Championship, labeling it a “super-exciting opportunity” and a “game changer” for the sport.

During the Rolex 24 weekend at Daytona, bosses from IMSA and Le Mans organisers the ACO announced a new vision that would see IMSA’s new-for-2022 LMDh machinery be eligible to race against hypercars in the WEC, with the aim of having one common top-tier rules set by 2025.

Following the news, Lamborghini’s head of motorsport Giorgio Sanna told Motorsport.com that the timing could coincide with the Italian brand expanding its racing activities beyond its current GT3/GTD commitments in Europe and America and its one-make Super Trofeo series.

“Clearly, the new DPi [LMDh] is an interesting platform, as is the hypercar for the WEC,” said Sanna. “This is one of the categories that we are looking at with interest for a possible commitment in the future. But today, nothing is decided, it is just an evaluation that we will continue to do. Deciding when, in that case, will be the right time [to compete].

“The IMSA platform is very strategic for us because North America is our number one market. And so, to be able to win for three years consecutively at Daytona [in the GTD class], as we are also growing a lot with Super Trofeo, for us is a very good marketing tool. It promotes the brand awareness and the sporting side of the brand in the most important market that we have worldwide.”

When asked if he thought the long-term goal to converge the rules across the series was a good idea, Sanna replied: “Yes, absolutely. This is something that all the OEMs were asking for heavily in the last few years. To have the strongest platform possible in the endurance world is fundamental to have this kind of synergy.

“We are really happy from our perspective, but also from the fans perspective. For us it’s fundamental to have a global car platform that is eligible to race in the entire world because we are a global player.”

The planned convergence would allow OEMs competing in IMSA’s top division to race in the WEC and its showpiece event, the Le Mans 24 Hours.

“Le Mans is the dream for many manufacturers, for many teams, for many drivers,” said Sanna. “We have to keep our passions and grow step by step. But clearly we are young, we have time to get motivated. So no rush!

“We’ll see. We are always looking for new opportunities. But we can't forget that Squadra Corse [Lamborghini’s sporting arm] was born just six years ago, and we are very young.”

Lamborghini’s chief technical officer, Maurizio Reggiani, was also at Daytona. He has responsibility for all road and racing hardware, is a member of the company’s management board, and was seen entering a meeting with IMSA president John Doonan on Saturday morning – along with other top-ranking Lamborghini officials.

At the Frankfurt Motor Show, Lamborghini unveiled the Sian FKP 37 – a hybrid-powertrain hypercar of which only 63 will be built. During the 2019 World Finals in October, Squadra Corse teased video of a new 12-cylinder track-only hypercar that will debut in 2020 featuring a 6.5-litre V12 engine, delivering 830bhp.

“We make supercars, and we are a hypercar constructor,” Reggiani told Motorsport.com. “For me it is important to understand what are the boundary conditions [of the new technical ruleset], and based on this we will make a decision if it makes sense or not.

“Let me say we are seated on the bank of the river, waiting to see what’s in the water, to decide if we want to fish… or whether it is just water. Only after Sebring [where a further announcement regarding the rules is expected] will we be able to make our statement.” 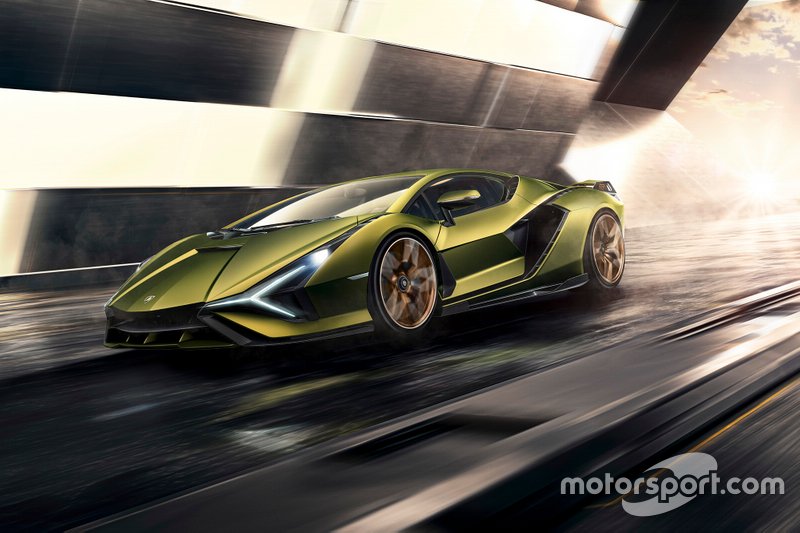 Reggiani said that the GT3 platform – branded GT Daytona in IMSA – “really opened the door to European manufacturers to race in the US”. He wants to see this model repeated in the top class in future.

“This has been a huge success, and I think what they want to do with [the new] DPi is exactly the same,” he said. “Manufacturers invest in motorsport for the world, not for one country. And the agreement between IMSA and ACO is a smart, more intelligent solution. We know the costs can grow, so it’s important to control them from a political point of view, and really stick to your rules.”

When asked about the potential of seeing Lamborghini contest for top honours at Le Mans, Reggiani replied: “I think this is what's really sexy [about what's] on offer from IMSA and the ACO. With the same car, you can contest the most iconic races in the world. And for every OEM, if you decide that you make an investment, you can capitalize in America and in Europe, I think this is really the biggest game changer in the field of motorsport.

“This is a super-exciting opportunity, and we need to see how close it can be to our vision of motorsport.”