IMSA tightens up Am driver rules for LMP2, GTD 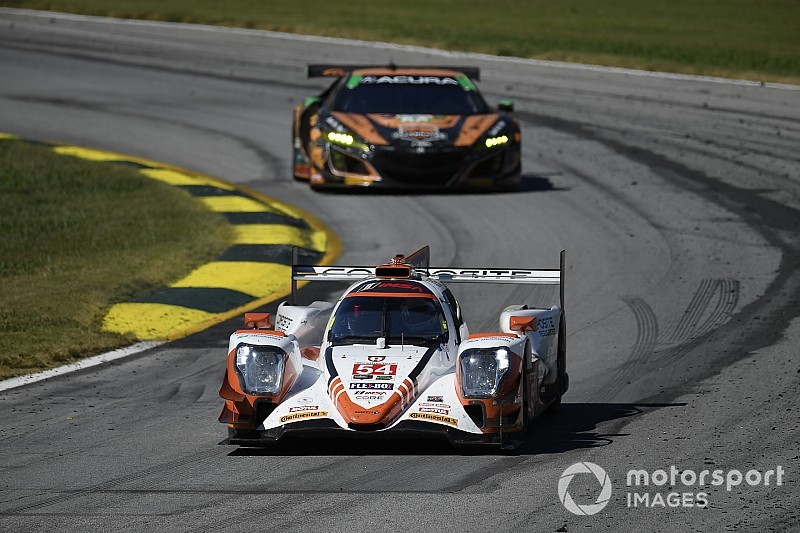 Splitting the Prototype division into DPi and LMP2 classes, along with changes to the GT Daytona class in the WeatherTech SportsCar Championship, has prompted IMSA to tweak its 2019 sporting regulations, particularly for amateur drivers.

There will be four classes in next year’s championship with the Daytona Prototype international class cars running all-pro driver lineups and LMP2 becoming a standalone Pro-Am class. There will continue to be a similar division in the GT categories, with GT Le Mans teams all-pro alongside the the Pro-Am GT Daytona class.

The new Prototype structure, as well as the IMSA WeatherTech Sprint Cup – exclusive to the GTD class in 2019 and entailing seven races of 2hrs40min or less – created the need for new regulations.

LMP2 and GTD teams will both be required to have a Silver- or Bronze-rated driver in the lineup for each car and any Silver-rated driver that is new to the WeatherTech Championship will be subject to approval by the IMSA Driver Evaluation Committee before a team’s entry will be accepted.

The season-ending Jim Trueman and Bob Akin Awards for the top Pro-Am driver in the LMP2 and GTD classes respectively will be awarded to the highest-placed eligible driver in the season-ending point standings. (In previous years, Trueman and Akin award winners were determined by a formula that included laps and miles driven in addition to overall finishing positions.)

IMSA will specify the number of drivers required in each LMP2 and GTD entry in 2019. For all sprint races, each entry will be required to have two drivers with just one Platinum- or Gold-rated driver, while for the 12 Hours of Sebring, Six Hours of The Glen and Petit Le Mans, each LMP2 and GTD car must use three drivers, again with only one Platinum- or Gold-rated driver.

Regarding testing, LMP2 and GTD entries will be limited to four days per entry in 2019, and the GTD class will only participate in the first two days of the Roar Before The Rolex 24 at Daytona test on Jan. 4-5. (The Roar will be the only IMSA-sanctioned test in 2019.) The DPi and GTLM classes will have their private testing reduced to eight days per entry.

In addition, the Michelin tires used by all WeatherTech Championship cars in 2019 will be equipped with RFID chips to track tire usage and allocation per entry at all events.