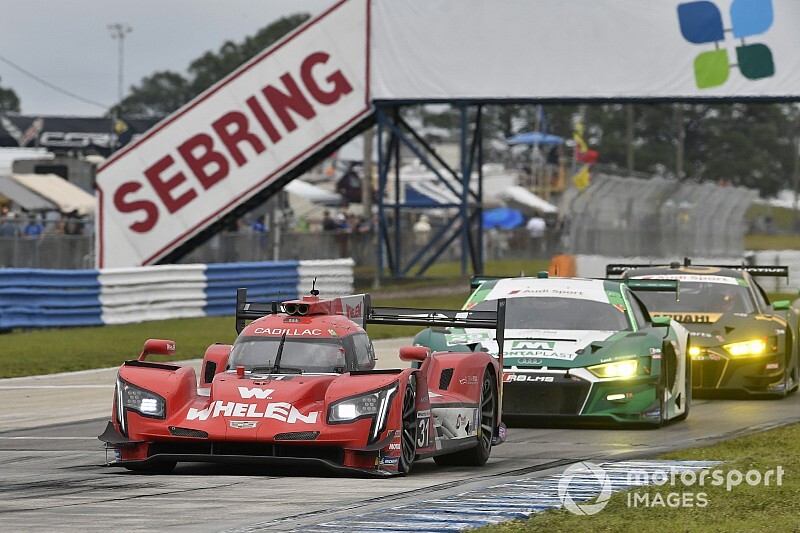 The coronavirus threat and subsequent travel restrictions from Europe to the U.S. has persuaded IMSA to move its Mobil 1 Twelve Hours of Sebring to November.

IMSA issued a release on Wednesday that the second round of the 2020 WeatherTech SportsCar Championship would go ahead as scheduled, and there appeared to be no change when the FIA World Endurance Championship’s 1000-mile race – the other half of ‘Super Sebring’ – was canceled due to the Europe-U.S. travel ban.

However, following President Trump’s declaration of a ban on travel from 26 European countries to the U.S., IMSA has elected to postpone the 68th running of the classic race until November 11-14, making it the new season finale.

It means the next race is scheduled to be held at Long Beach on April 18, although doubts have emerged over whether the event, which shares the bill with IndyCar, will proceed.

A statement from IMSA said the Sebring race “has been postponed due to the recent United States ban on travel from Europe, which will prevent a number of drivers, teams and key personnel from participation.

“The rescheduled race will now become the season-ending event of the 2020 IMSA WeatherTech SportsCar Championship and will be run Nov. 11-14…

“Previously purchased 2020 admission tickets and parking will be honored…”

The NASCAR Homestead also set for March 22 will be either postponed or raced behind closed doors, while a similar dilemma is being faced by IndyCar this weekend in St. Petersburg.

Florida counties appear to be recognizing that preventing large crowds from gathering in close proximity will help to reduce the spread of coronavirus.