After being dropped by Wayne Taylor Racing for 2021, van der Zande was picked up by Ganassi as one of its full-time drivers for its return to top-level sportscar racing with a Cadillac DPi-V.R, and will partner Haas Formula 1 exile Kevin Magnussen.

The pair will be joined for the Rolex 24 by six-time IndyCar champion Scott Dixon, who was one of the drivers that partnered van der Zande at WTR last year for its second consecutive victory in IMSA’s blue riband race. Marcus Ericsson meanwhile takes up a reserve role.

As such, it is in a minority of DPi teams not to have conducted private testing at Daytona ahead of this weekend’s Roar Before the 24 test, besides a brief shakedown at Sebring.

“Our preparation time has been short, and the strong Cadillac tracks like Long Beach and Laguna Seca are now at the end of the season,” van der Zande told Motorsport.com.

“We should have more time to go testing and prepare for the season after Daytona, but we just finished building the car and going into the race without any real testing is gonna be tough.

“We just have to stay out of trouble and do the basics right, and see if the others make a mistake. Daytona will be a big steep learning curve and after that we can focus on preparing the rest of the season.” 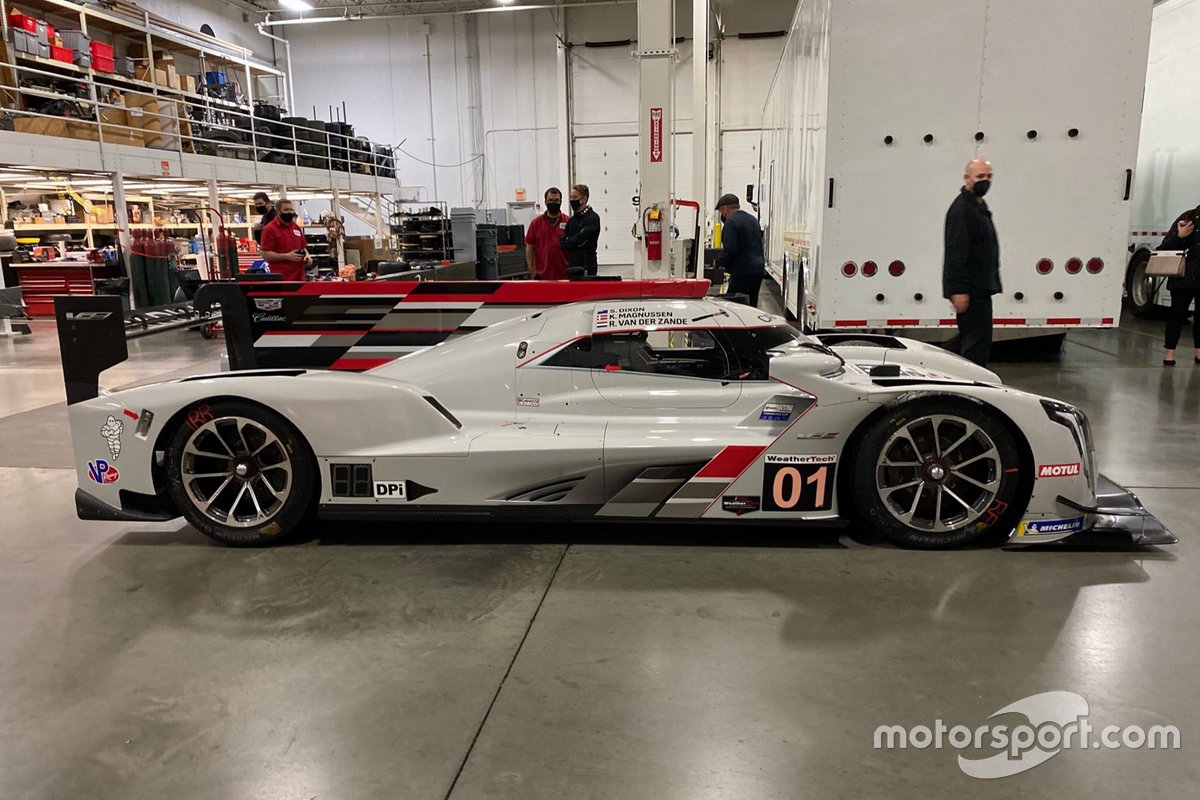 Van der Zande admitted the “timing was perfect” to make the switch to Ganassi following his surprise dismissal from WTR ahead of last November’s Sebring 12 Hours season finale.

“I spent two or three days at the workshop and I was very impressed by the facility and the amount of things they can make themselves,” van der Zande recalled. "It’s just impressive how they build the car, there was nothing that I asked for that was not possible.

“It’s gonna be a new start from the engineering side, and we have no experience with the car in terms of testing, but I can bring some knowledge because I drove the car for three years.

“Of course I am proud to be part of such a team, with Chip, Mike Hull [managing director] and all the engineers and mechanics. They are real racers. You can feel it in the workshop; it’s very nice, but it’s not fancy. It’s just effective.

“They do things very efficiently and they are very clear on their targets, which is to win races.”

Despite a lack of preparation time, van der Zande did highlight two factors that should give Ganassi a helping hand: the addition of a qualifying race at the Roar test, and a larger field featuring LMP3 cars that should lead to more caution periods and variations in strategy.

Asked for his thoughts on the qualifying race, the ‘Motul Pole Award 100’, he replied: “I think it’s great for us at Ganassi, because we are lacking experience and it means we get a race before the big race. It’s a real test case, and lets us work on the strategy.

“For us it should give an advantage, and I think it’s good to put everyone on their toes instead of just running around in circles for three days like we usually do.”

On the arrival of the LMP3 category, which has helped swell the field to 50 cars, he added: “I think it will go a bit back to how IMSA races used to be when the LMPC cars were around. Every half hour there was a yellow that mixes up the strategy for everyone.

“I think it is gonna make a difference in terms of luck. You’ll see some cars that are maybe a lap down or two laps down can still fight back, and that makes it a lot of fun.”

Van der Zande also said he is looking forward to working with full-season teammate Magnussen, having crossed paths with the Dane back in 2010 when he contested the Macau Grand Prix for Motopark, the same team Magnussen raced for in German F3.

“It feels very natural to talk with him,” said van der Zande of Magnussen. “The last time I saw him, he was a junior driver, not knowing what’s gonna happen, and now many years later he’s been through F1 and gained all the experience that comes with it.

“I would say Danish people and Dutch people are kind of alike, so it’s like a natural fit. I’m looking forward to working with him and building the trust you need to win races together.

“He is a guy who understands that; his dad [Jan] has been in endurance racing for 25 years, so he knows what it takes to succeed in this discipline of motorsport.”