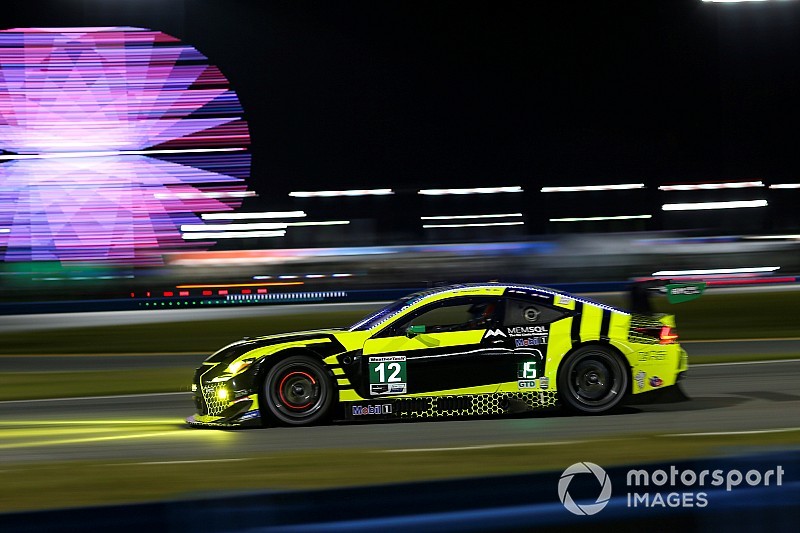 Townsend Bell, one of four drivers to score a podium in the Rolex 24 at Daytona for AIM Vasser-Sullivan on the squad’s IMSA debut, says he’s “super proud” of the result from a team that was only a “possibility” six months ago.

Jimmy Vasser and James Sullivan, partners with Dale Coyne Racing’s IndyCar squad, branched out into the IMSA WeatherTech SportsCar Championship for 2019, joining forces with the experienced and successful AIM Autosport to replace 3GT as the team running the Lexus RC Fs in the GT Daytona class.

Bell, a former class winner at both the Rolex 24 and the 24 Hours of Le Mans, became the first AVS driver to hold the GTD lead. He said afterward: “I’m just super proud. It was July of last year and I was sitting on a dock in Marina del Rey with Jimmy Vasser sharing a couple of beers, talking about life.

“To think that at that time he mentioned the possibility of this program and we talked a lot about who Jimmy and Sulli [Sullivan] would partner with and I really pushed for AIM, and then it came together and the AIM Vasser Sullivan thing happened. Just crazy that was only six months ago and now we’re sitting here at Daytona with two cars that finished the race strongly…

“One on the podium and one in the sixth position was an incredible celebration of effort and dedication and precision and I think those are the three hallmarks of AVS right there.”

Added Montecalvo: “This comes down to how much the team has done in such a short period of time. We came out here less than 90 days ago, the team got the Lexus racecars, and to come out here and get a podium with this team really just shows how much this family of guys have put together. It’s a very emotional moment.

“We were a lap down [after a penalty for an emergency stop for fuel in a closed pit]. Jeff and all of the others did a phenomenal drive in the changing conditions. It was some of the worst conditions I’ve seen under pace car.”

Segal commented: “We had some knocks earlier in the race. Really, it was just bad luck, nothing other than that. Needing to refuel the car when the yellow came out at just the wrong time and we ended up losing a lap and it went from there and spiraled into two laps. But… this AVS team called some great strategy and got us back on the lead lap and then the rain started coming down.

“It was a little bit of a crapshoot because we’ve never used this car in the rain. Lo and behold it does pretty well! The RC F GT3 suited us. I’m very happy that we were in that position but I think the car was really fast and it was really working well in those conditions.”

The other car showed similar pace and led several laps, but its chances were hurt by additional pitstops due to miscalculations of mandatory drive times by Cindric and Heistand.