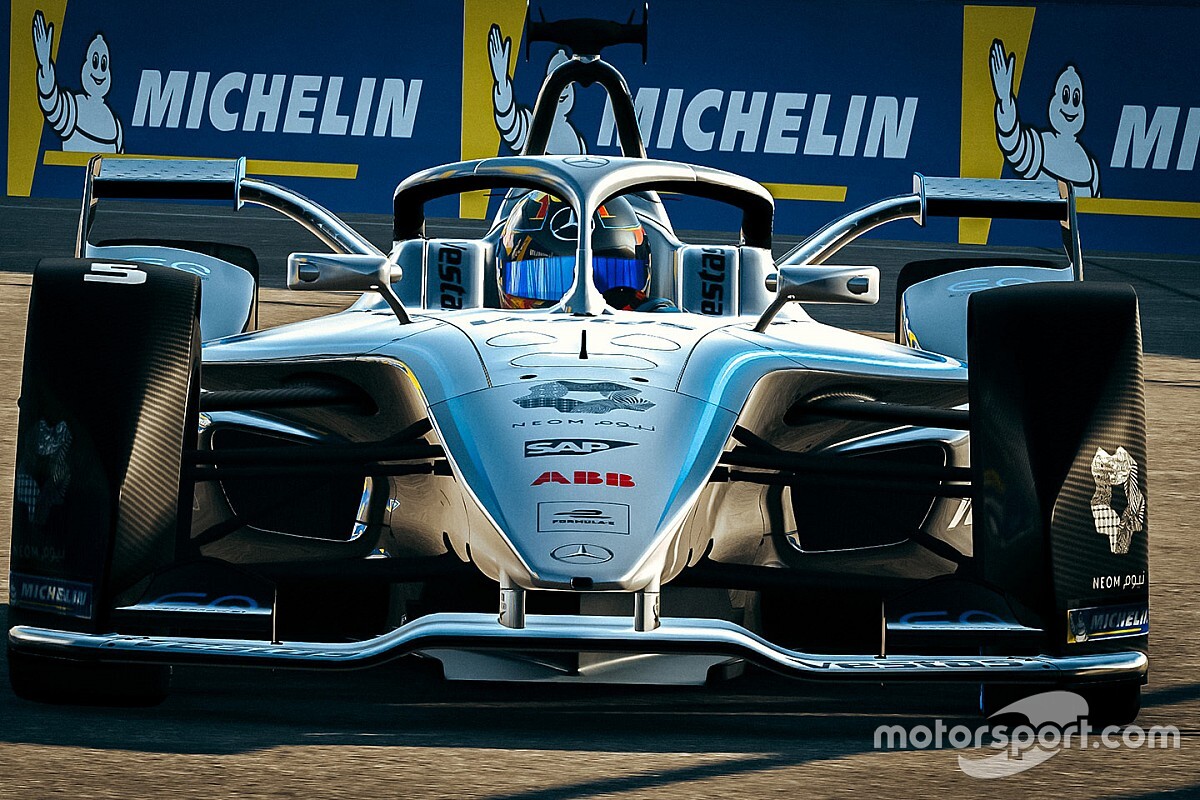 As Mercedes and Mahindra drivers tangled, it allowed Oliver Rowland to score victory around the virtual Berlin circuit in the double-points finale for the series that runs in partnership with Motorsport Games to raise money for the UNICEF coronavirus relief effort.

Rowland bagged pole at the Tempelhof Airport circuit, where the Nissan driver already earned a win in round five of the eight-race series, as second-starting Wehrlein pipped Vandoorne by just 0.003s.

Vandoorne made a solid launch, which forced Wehrlein to pull across the track to defend position into Turn 1 and the pair were fortunate to escape the late-braking Edoardo Mortrara who crashed into Maximilian Gunther.

This allowed Rowland’s teammate Sebastien Buemi into fourth, but on the approach to Turn 3 he too was clipped by Mortara and subsequently knocked into the back of Vandoorne.

That forced the Belgian into a slide, and he then hit into Wehrlein - who entered the race with a 14-point cushion - into a half-spin.

But Wehrlein’s chances of recovery were then dashed as a second tap punted him all the way around and he dropped out of the title lead and down to 21st place.

The drama for second place permitted Rowland to extract a lofty 2.6s lead over Vandoorne at the end of the first lap as Wehrlein rapidly climbed four places.

Vandoorne was able to close in on Rowland gradually but such was Rowland’s early cushion that he claimed the eventual spoils by 1.796s.

Second place was still plenty for Vandoorne to earn the title, winding up 24 points clear of Wehrlein.

Gunther found himself without a rival for the rest of the race after the first-corner scare and completed the podium ahead of the Venturi of Mortara.

Buemi also remained out of trouble for the remainder and so wound up fifth ahead of Jaguar’s James Calado and the second Mercedes of reigning Formula 2 champion Nyck de Vries.

Wehrlein continued to chip away and recover places but was also reprimanded by 5s to end up 12th and so lost out on the title despite scoring three series wins to Vandoorne’s single success.

It also marked only the second time that Wehrlein - who started sim racing specifically for the Race at Home Challenge - finished off the podium, the other occasion being Monaco.