The second round of the NASCAR Heat 5 Ultimate Summer Showdown took the field down to Texas Motor Speedway for a pair of 60 lap races around the 1.5-mile oval right outside of Fort Worth.

24 drivers per console qualified into the field during the Open Qualifiers back at the end of May. The Top 3 finishers in this round, just like at Darlington, would qualify for a shot at the championship later in the summer.

In the PlayStation race, Joey Stone pulled off the upset, collecting his first career victory at the top level of NASCAR Heat competition after a last corner move on Tim Moore. Stone, Maxwell Castro, and Moore rounded out the Top 3 spots and have all qualified for the championship round.

Stone and Castro on the PlayStation side and Buttafuoco and Noe on the Xbox side will all race for a title at Atlanta Motor Speedway in July. Moore managed to qualify for both consoles. The Xbox drivers will face off against Justin Brooks, Luis Zaiter, and Cody Giles. PlayStation drivers will meet up and fight Josh Harbin, Thomas Cohick, and Joe West. 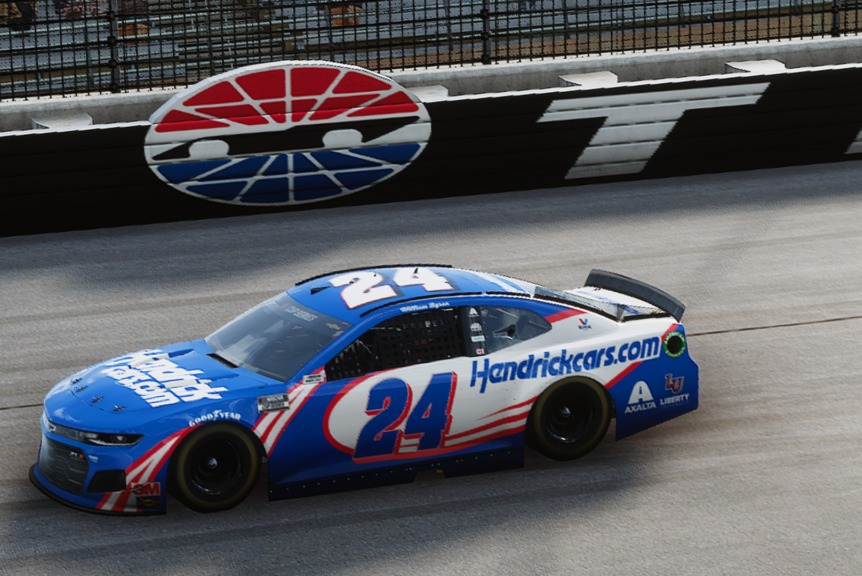 First up, the PlayStation race kicked off the night with what can only be described as one of the most intense battles in NASCAR Heat history. Maxwell Castro took the field to the green, but Chase Williamson was strong from the drop of the flag, eventually taking control early.

After the only caution flew with about 45 laps to go, the strategy was split. By pushing hard and staying up front, it would be more likely that if a caution were to fall again that track position would be maintained. However, the fuel could last a couple of laps past 20 if enough was saved, meaning each run would need to be held back. After Williamson was spun from the lead attempting to pit, the entire race was wide open.

Joey Stone wasn’t in the picture until about 15 laps to go. Stone stayed back and saved as much as he could before making his ascent to the top. When moving into fourth, two cars in front of him, Chris Perkey and Mike Brass, both needed to stop for gas to make it to the end. Castro had saved enough running behind Brass to make it, but both Stone and Tim Moore had just a bit more that they could force it.

Stone led at the white, but Moore forced his way around in the first corner. With drafting help and a good exit, Stone made a move low into Turn 3. Both drivers slid off the corner, but Stone pulled away to take the win while Castro came home second and Moore third. 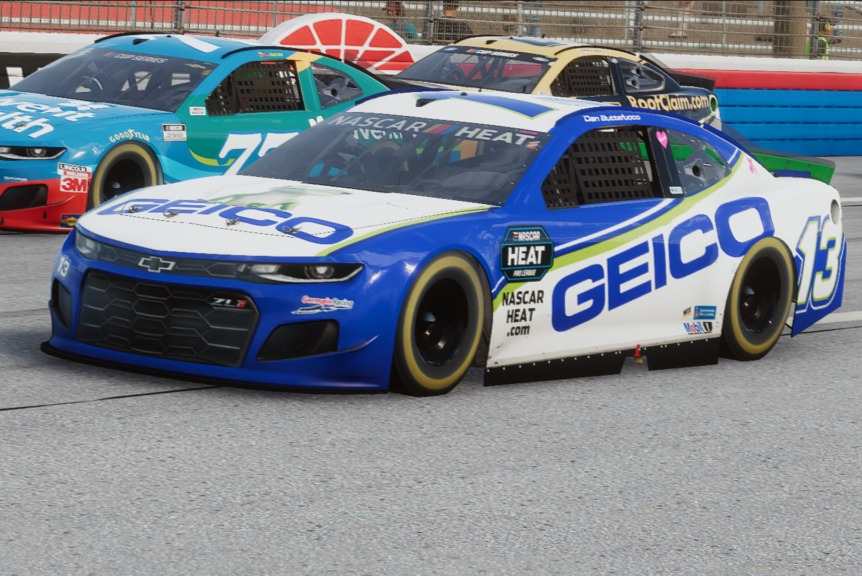 Buttafuoco in championship form at Texas

The Xbox race was without the first winner of the season, Justin Brooks. The common theme of these races are always Brooks vs Buttafuoco, and with no Brooks, it was Buttafuoco’s time to shine.

Buttafuoco took the pole position and led early. An early caution re-stacked the field, but there would be no further cautions for the final 55 laps, meaning two stops would definitely be required to make it to the finish.

Nicholas Walker took control of the race soon after the restart and looked to have something up his sleeve for Buttafuoco. Walker led 15 laps before the first round of pit stops, but after that, he fell back to around fifth. Buttafuoco, on the other hand, was able to pull ahead to a healthy lead over Jeff Noe, Tim Moore and Josh Taylor.

On the broadcast, it seemed that Noe had some nose damage, possibly affecting the group’s ability to catch Buttafuoco during the entire run. Everyone pitted again for the final time around 15 to go, and once again, Buttafuoco had a commanding lead. The battle would be for the Top 3 coming to the close, as fourth place would not be enough to advance to the championship.

As Buttafuoco cruised to victory, Moore claimed the runner up spot while Noe was able to hold off Taylor for the last step of the podium.

Qualifying for Pocono Raceway is officially open as of midnight following Texas. The next round of Open Qualifiers will last until the final minute on 17th June, and the third round will commence on 1st July.

Halfway through the Ultimate Summer Showdown, six drivers per console have punched their ticket to the championship.