New information has come to light about the highly anticipated NASCAR video game coming from Motorsport Games later this year.

Plenty is still to be revealed for the game, including the official name, but there have been some tidbits confirmed. It’s known that after Studio 397’s acquisition earlier in the year that rFactor 2 physics will be the basis for the new NASCAR title.

With five sparkly new images to dissect and some words from Motorsport Games (NASDAQ: MSGM) Vice President of Publishing & Marketing George Holmquist, more has been unveiled on what’s in store for the future of NASCAR gaming.

“It’s very important for us to ensure this game is of a quality our users expect, and it’s a step up from the Heat franchise,” Holmquist said at the end of the interview.

It’s been confirmed in the IGN interview that the game will feature new graphics thanks to the use of the Unreal Engine and a more effective paint booth that yields more realistic customised livery designs. The interview doesn’t mention any of the lower series, as it’s just focused on what’s in store for the NASCAR Cup Series. 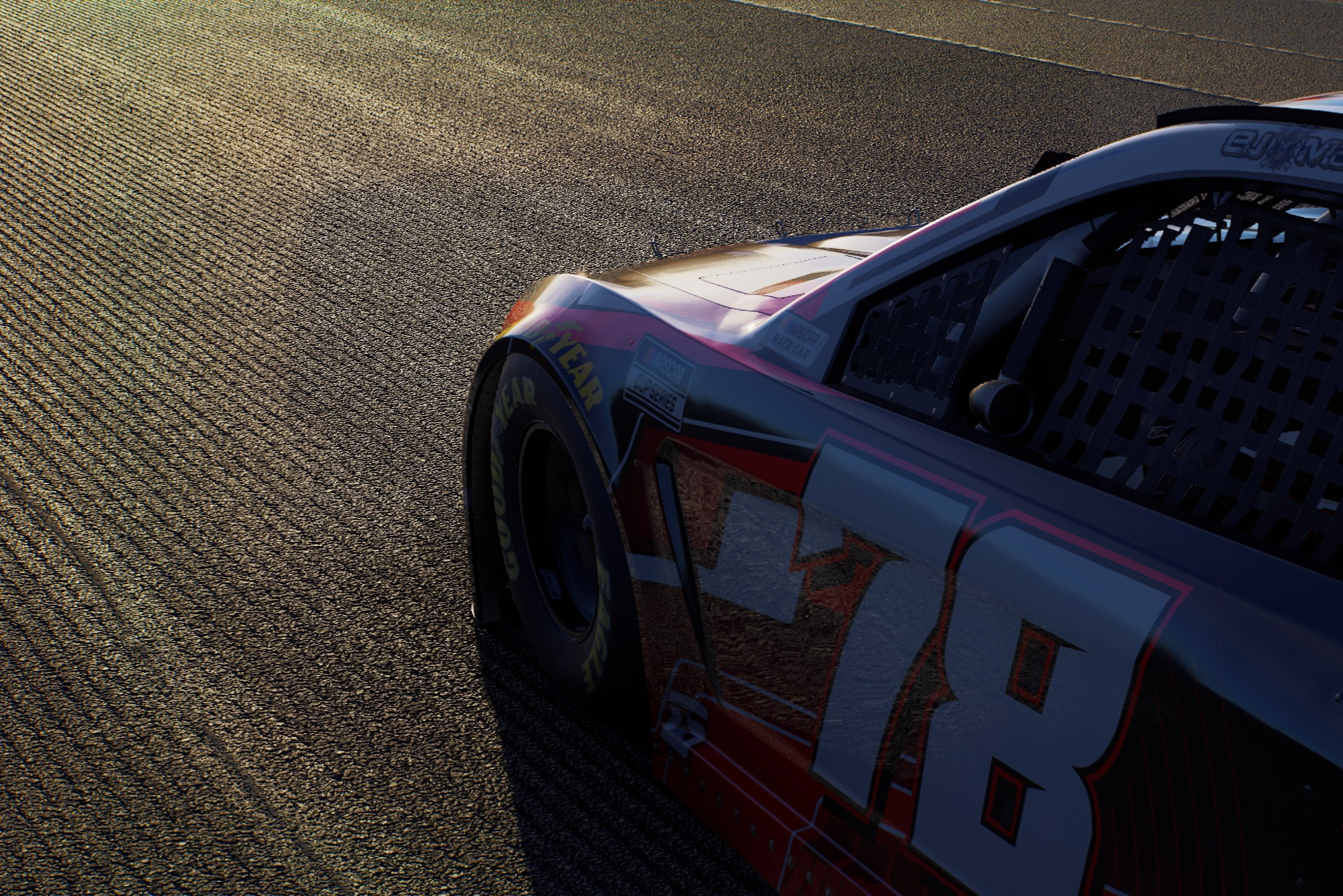 “Using the Unreal engine just brings the graphics [and] the gameplay into more of a AAA style of game,” explained George.

With the updated physics, players can look forward to a more realistic-feeling racer. Engineers and drivers have been enlisted to shed light on the handling characteristics in a realistic scope while some fan input will hopefully brighten the feeling that gamers will get when they join a race.

Those comments shouldn’t be taken lightly, as one of the gripes from past NASCAR Heat games has been lacklustre handling and driving characteristics.

Looking at the first in-game image, all portray an amazing lighting profile. Bright and shiny surfaces with contrasting darkness and vibrant colours create many pleasure centres in the eye test. 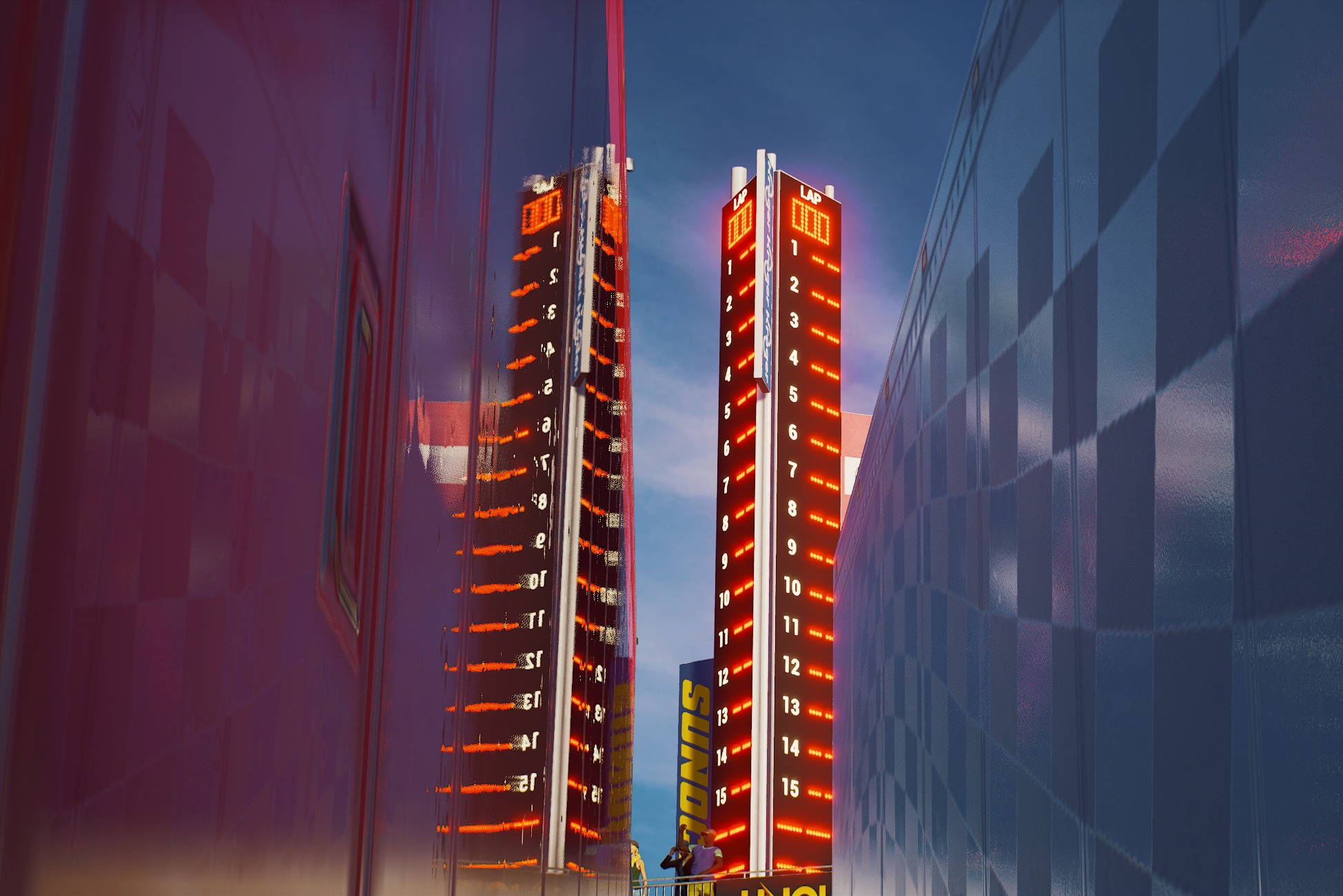 There is a high level of detail presented with many different surfaces, whether matte, glossy or metallic, all reflecting the light differently. The shot above with the scoring pylon reflects the glow of the tower off the two surfaces on either side, taken in between two haulers in the infield.

We see a few close-ups of the No. 78 Motorsport Games Ford Mustang for Live Fast Motorsports, driven by team owner B.J. McLeod. The image at the top shows the car as it passes the stripe at the historic Daytona International Speedway.

The rough surface of the track with the attention to the suites, stands, flag stand, light fixtures and catch fence all bring the image to life. 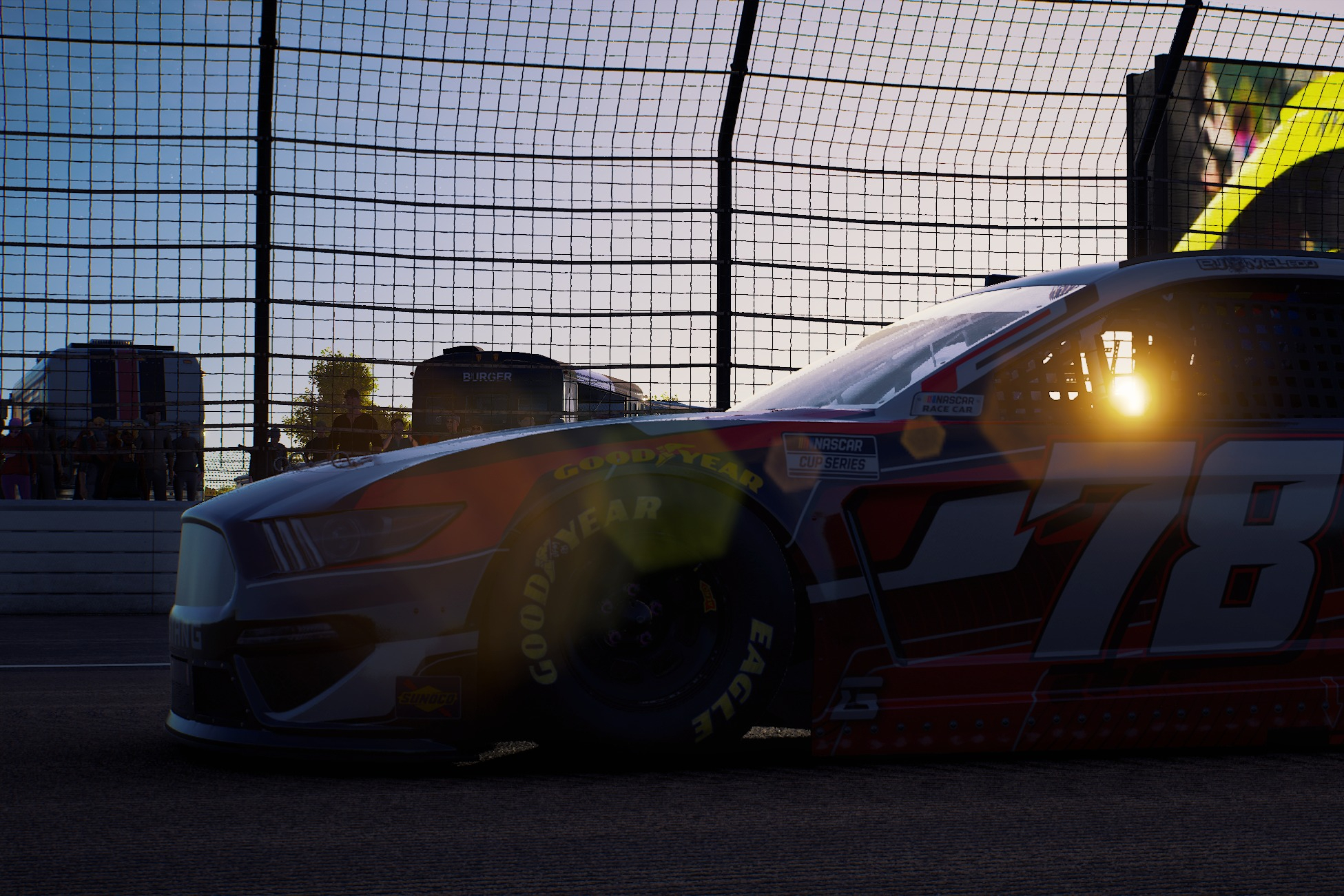 In a darker picture at an unknown circuit, the sunlight peeks through the No. 78’s window net, flaring hexagonally into the frame. A video board zoomed in on the roof rail of Ryan Blaney is also seen beyond the fence, neighbouring a camper and a burger truck.

Another close-up of the car shows the detail in the coarse pavement. The shadowy light reflects off the glossy paint job, creating a mirror image of the pavement on the side of the car. From here, like above, the hood pins and windshield tear-offs are seen as 3D components and not as flat parts of the 2D template. 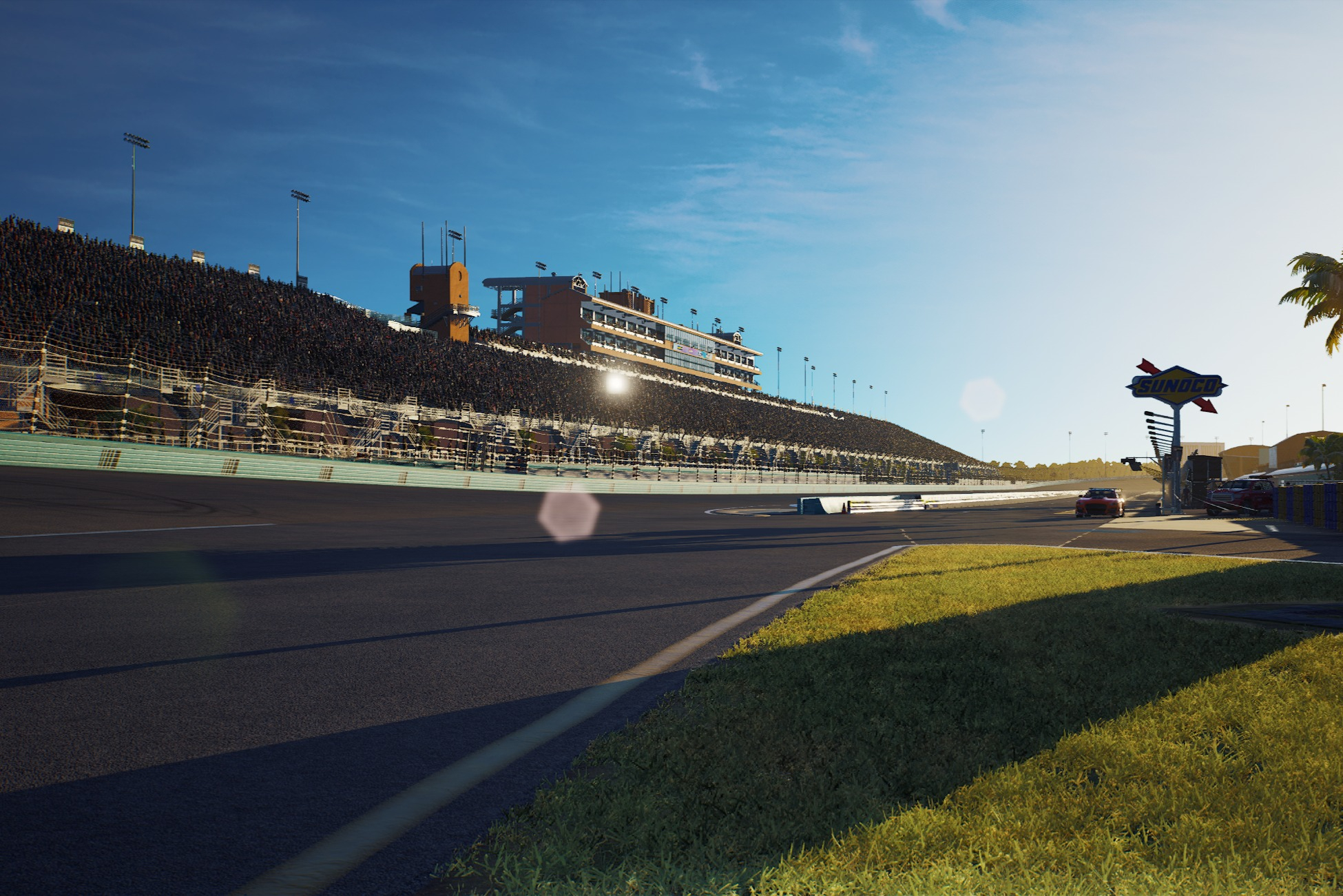 A final image provided takes the scene to Homestead-Miami Speedway. Homestead-Miami was once the championship finale with races transitioning from day to night. The sun is fairly low in this image, which could suggest a transition, but that’s not been confirmed.

Motorsport Games’ untitled NASCAR game is due to release at some point later in 2021, however at this stage, a release date is not known.