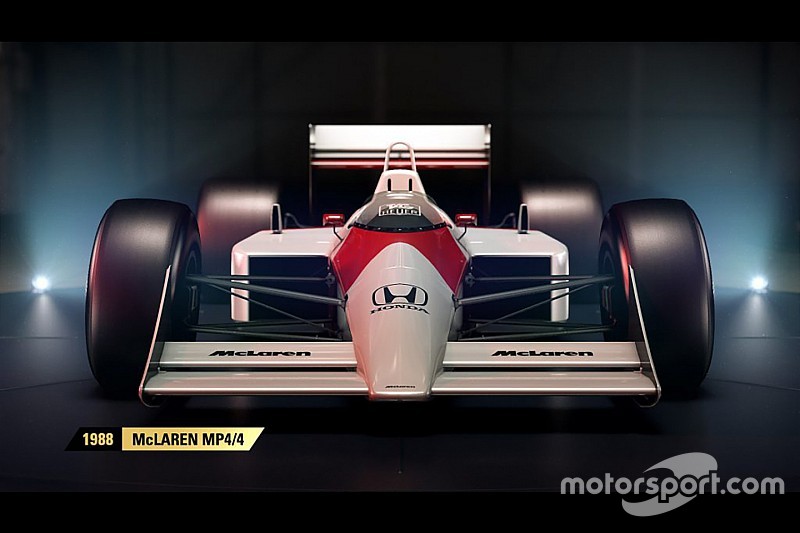 Classic cars will return to the official Formula 1 game for the first time since 2013 when F1 2017 is released in August.

Game developer Codemasters revealed the first official details of the latest title in the series on Wednesday, also confirming a worldwide release scheduled for August 25.

The game will feature 12 classic F1 cars, including the Williams FW14B and Ferrari F2002, while the McLaren MP4/4 from 1988 will be available in a ‘special edition’ version of the game or as a separate downloadable purchase.

The classic cars will be included as part of what is described as an “even deeper career mode” with players given the chance to compete in additional invitational races in the famous machinery.

“We are delighted to be re-introducing classic F1 cars back to the series” said Paul Jeal, game director at Codemasters.

“Classics were incredibly well received when we included them in F1 2013, and in F1 2017 they are back and better than ever.

“With so many great cars to choose from, it was hard to decide on the final 12, but we are delighted with our selection of some of the most successful and iconic fan favourites from the past 30 years.”

The game will also feature “four alternative circuit layouts”, which creative director Lee Mather said was part of a push to increase the variety in the new 2017 version.

Codemasters has also promised “numerous multiplayer enhancements, and a brand new ‘championships’ game mode”, although details have not been revealed yet.

F1 2017 will be preceded by a different Codemasters racing video game release - Dirt 4, the newest installment of the developer's popular rally and rallycross series, slated for arrival on June 9.