How Arjun Maini nearly won the British F4 title in 2014

We recall Arjun Maini’s breakthrough 2014 season in the BRDC British F4 series, where he nearly beat a Mercedes Formula 1 protege to the elusive title.

After success in karting, a runner-up position in the JK Tyre Racing Championship and the title in Malaysia’s Super 6 Series, Maini made a big leap in 2014 by signing up for the British F4 series.

It was going to be his first taste of single-seater competition in Europe, where the level of the field is significantly higher than that in Asia.

One would have expected a learning year for Maini, especially since he hadn’t raced at any of the tracks that featured on the calendar.

But much to everyone’s pleasant surprise, he was fighting for podiums from the very first round of the season - and soon emerged as a championship contender.

While in the end he did lose out by a paltry three points, and there were several rookie mistakes throughout the year, it was evident that India had a new talent on which it could set its F1 hopes on. 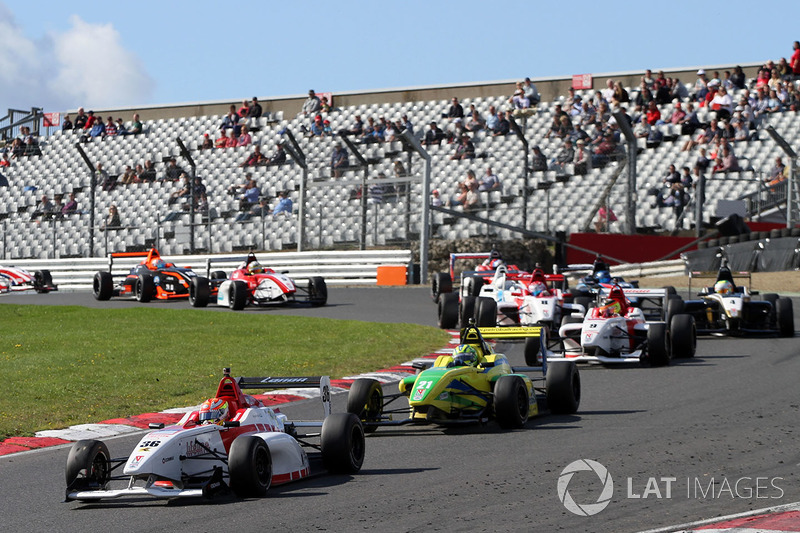 The first round didn’t exactly go Maini’s way - at least the first-three quarters of it. Lack of experience of wet conditions left him down in 16th place in qualifying, and he was unable to take advantage of a reverse-grid pole due to a racing incident.

However, for all the difficulties he had in qualifying and the opening two races, he shined in the weekend’s finale - starting third and taking the runner-up spot after passing Diego Menchaca on lap 5.

“It felt really good to be on the podium at Silverstone” Maini said at that time. “The weekend didn’t start off as to plan but we ended on a high and where I think we should have been all weekend as we’d shown good pace pre-season. I’m very happy, the podium in race three was a big confidence boost.”

Maini carried the Silverstone form to the first race of the Brands Hatch weekend, pushing Raoul Hyman all the way to chequered flag to grab back-to-back podium finishes.

The fastest lap he set granted him pole for Race 3, where he was again involved in a scrap with Hyman. However, this time both drivers collided with each other, with Maini dropping down to fourth as a consequence. 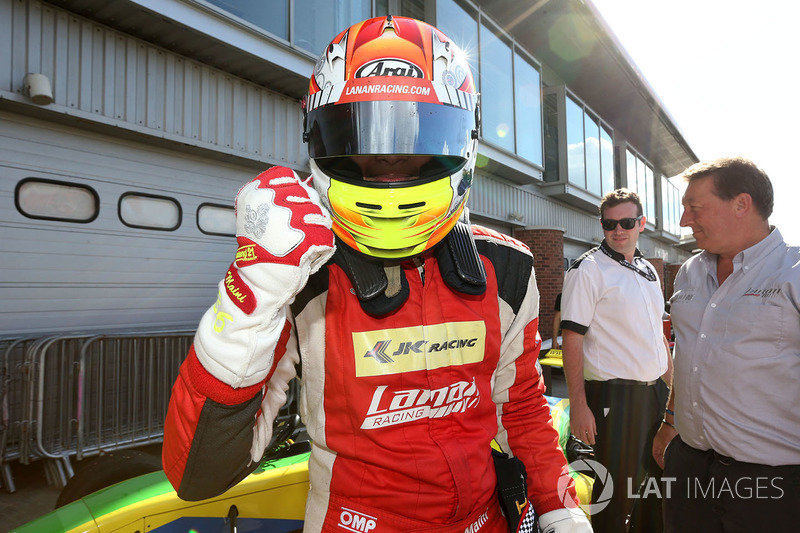 In the first two rounds of the season, Maini was consistently fighting at the sharp end of the grid - as attested by his two podiums. What was missing was a victory - even more so after two pole positions.

That changed at Snetterton, where a gritty drive in Race 2 saw him break his victory duck. It wasn’t all that easy as it seemed like, despite being awarded a pole for finishing eighth in Race 1.

Maini got away cleanly from pole and immediately build a 1.5-second buffer on the opening lap, only for a safety car to wipe out his advantage. Fortunately, his restart was as good as his initial getaway and he eventually crossed the chequered flag with a winning margin of 3.171s

"I'm really happy,” he said shortly after his maiden victory. “Reverse grid or not, a race win is a race win and I've had good pace all weekend. I messed up a little yesterday but I've got back on track today and I'm so happy to finally get the first win.

"Crossing the line to see the team celebrating was amazing, the best feeling in my career so far.”

With his debut win in the bag, Maini was clearly hungry for more. And aware that he would have to be as good in damp conditions as he’s in the dry, he devoted some time to wet weather testing in the run-up to the Oulton Park

The test session came handy during the second race of the weekend, where the entire field was forced to start on wets due to standing water on track.

Maini made a brilliant start from the front-row and passed Tom Jackson at the Hislops chicane to assume the lead. Despite difficult conditions, he not only held it steady, but won by a massive margin of 4.883s.

Unfortunately he couldn’t end the weekend on a high note in Race 3. In a completely unforced error, he outbreaked himself while defending position and retired for the race. 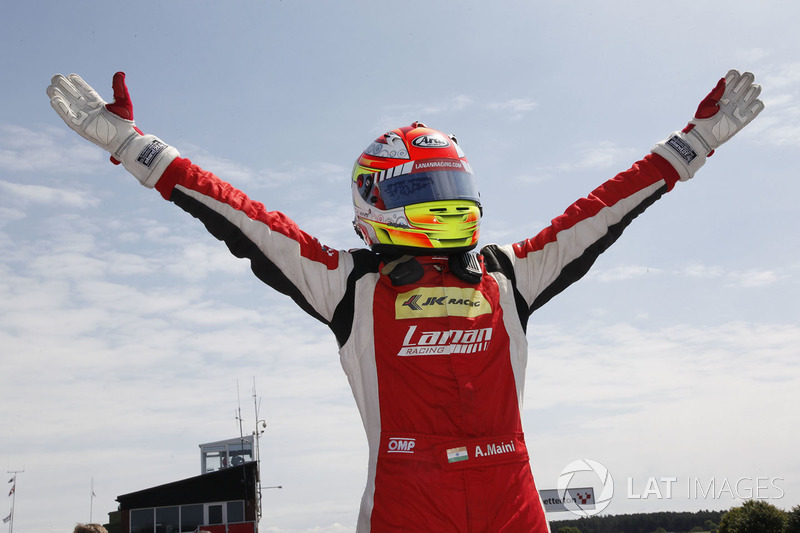 With the advent of the Silverstone weekend, there was a change of fortunes in British F4. While Maini’s results went upwards as he gradually set about reducing the mammoth 47 points gap to Russell, Russell entered a period downward spiral.

He finished finished third, eighth and fourth in the three races, while Russell stayed off the rostrum all weekend long. And it was only a glimpse of what was yet to come.

Maini enjoyed his best ever showing at Brands Hatch, finishing all three races of the weekend on the podium.

He was classified third in the opening encounter, while Russell trailed down in 10th place.

The second race was a lot more dramatic. After jumping up from sixth to fourth in the opening laps, Maini suddenly found himself in the lead when the top-three drivers tangled with each other. But shortly afterwards, Maini made a mistake of his own, dropping down to second position.

He made no errors in the weekend’s final race, however, with a superlative drive from pole position granting him his third win of the season.

Ever so often a driver is in a league of his own; claims pole, leads every lap and wins with a crushing margin. It was one such occasion for Maini. 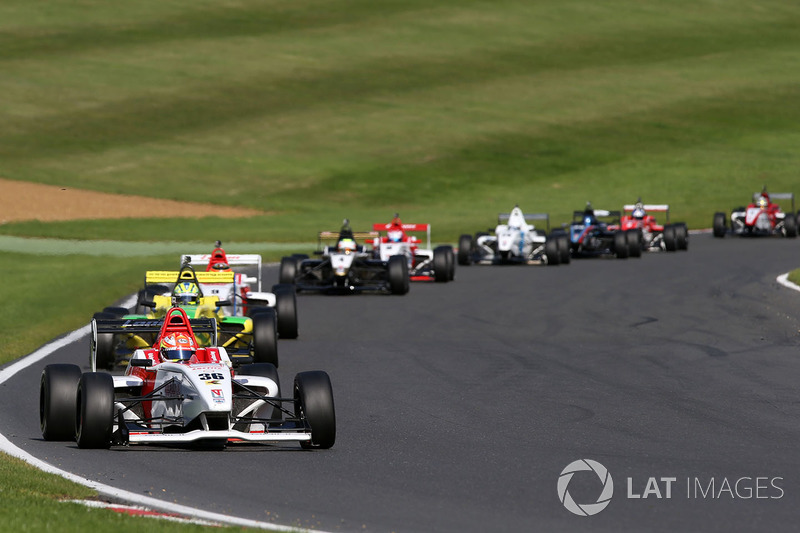 The penultimate round of the season at Donington Park went fairly smoothly for Maini.

After finishing fourth in the first two races, he was gifted the race lead when the first four runners dropped out with two separate accidents. And unlike Brands Hatch race 2, he pounced on this opportunity to add another victory to his tally.

Crucially, Russell was one of the four frontrunning drivers who crashed out from the race, handing Maini a massive 21-point advantage heading into the final round of the season.

Things took another turn in the season finale at Snetterton. After a lacklustre Race 1, Maini had the chance to wrap things up in Race 2, where he started from pole. But instead of leading it out from front, he dropped down the order and finished fifth, while Russell claimed second to narrow the gap to the Indian.

Going into the very last race of the season, Maini needed to hold his starting position of fourth - irrespective of where Russell ended - to clinch the title. However, he was overtaken by Charlie Eastwood and could only cross the line in fifth, while Russell took the winning honours and with it the title.

All in all, it was an excellent season for Maini. Yes, there were several errors throughout the year - but they are expected from every driver at such a young age.

In the end, the final round made all the difference. After notching up at least one podium finish in the first seven rounds of the season, he couldn’t make it to the rostrum when it mattered the most.

But his performances in his very first season in Europe firmly brought him into global limelight. Now perhaps is a good time for Maini to learn from previous mistakes and work on consistency as he embarks on a new chapter in the FIA Formula 2 championship. 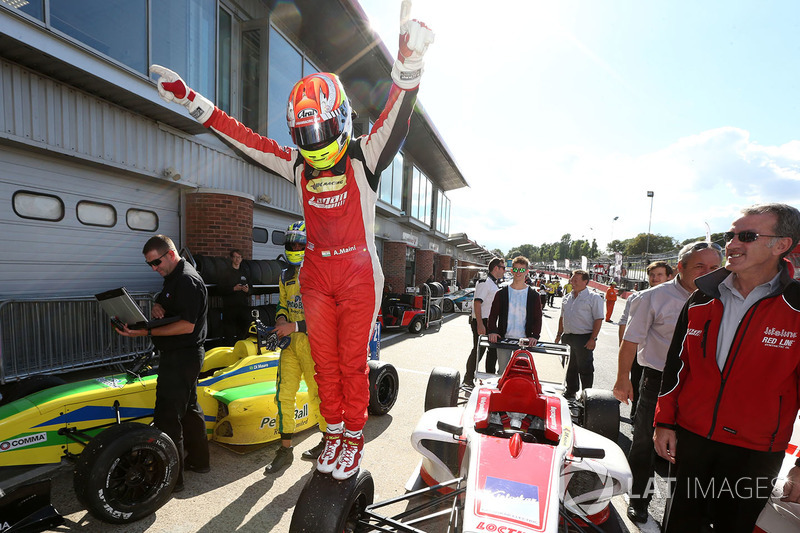