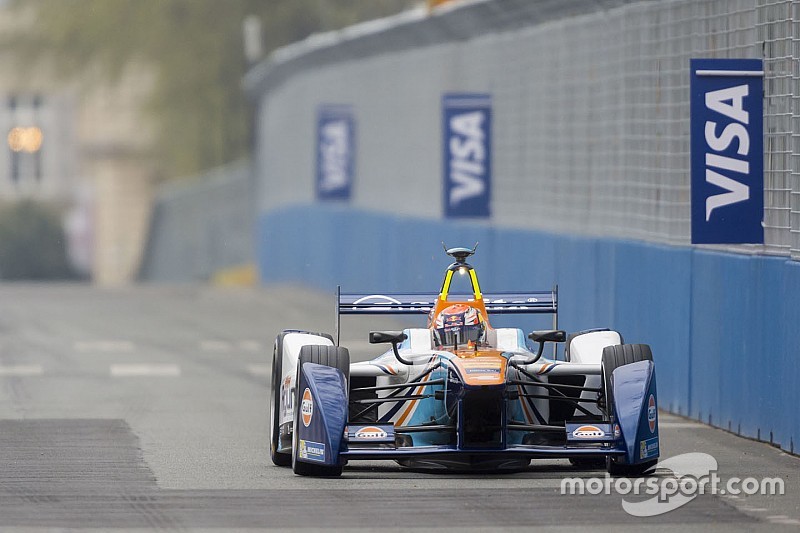 The Team Aguri Formula E squad has confirmed that this weekend's London ePrix will be its final event, having now agreed the sale of its licence to private equity firm Chinese Media Capital.

Motorsport.com revealed in April that the Anglo-Japanese squad was in the process of being purchased by CMC, which would lead to the establishment of a new entity to replace the existing Team Aguri structure.

With the deal now completed, the new team is expected to run with customer Renault power in season three as part of a branding deal that will bring the French marque's sister firm Nissan into the series.

Current team principal Mark Preston, who co-founded the team with Aguri Suzuki in November 2013, is expected to play a role at the new set-up.

“I am proud to say that Team Aguri can be considered true pioneers in the development of electric vehicles, pioneering new technologies and showcasing them to the world," said Preston.

“While this is the final chapter in Team Aguri’s history in the FIA Formula E Championship, this also represents the start of something new, with the sale of the team to new investors.

"As such, this will be the final race for Team Aguri and I would like to thank all involved for their hard work and dedication over the past two seasons.”

Ma Qing Hua, who joined Aguri in time for the Paris ePrix this season, is expected to stay on at the newly formed CMC-owned operation for season three, but the identity of his teammate is unknown.

Team Aguri's other season two driver, Antonio Felix da Costa, is set to join the Andretti squad as part of a tie-up with BMW, where he is expected to partner Robin Frijns.