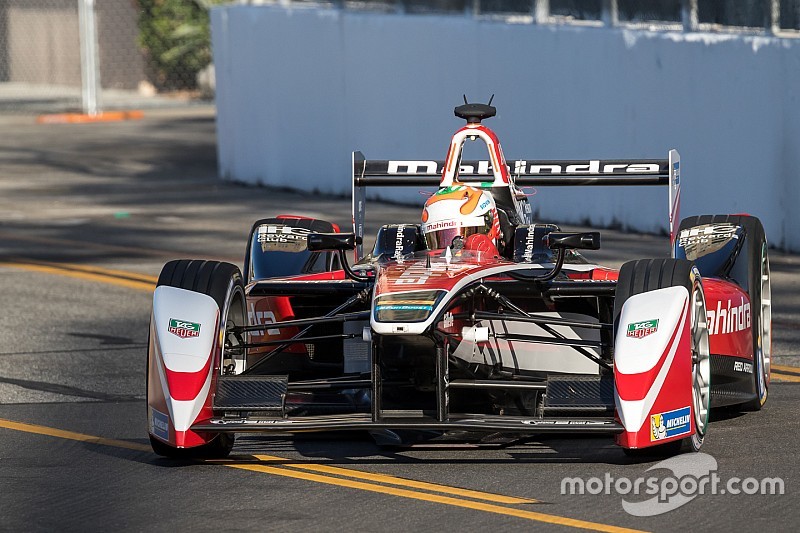 The company claims to have developed a revolutionary battery system that also can be used in motorsport.

CEO Christopher Heiser said the American constructor hopes to enter the all-electric racing series as a battery supplier while possibly teaming up with Mahindra.

"We have been working on advanced vehicle technology regarding the electric powertrain for over five years now," Heiser told Motorsport.com.

"Most of the time that was in stealth mode in order to create the platform. We launched the Renovo Coupe in 2014 and we have been testing it on the road and the track ever since to improve the performance and reliability."

Heiser has decided to join the battle to possibly become the sole Formula E battery supplier for season three and four.

Renovo Motors would compete in the FIA tender against constructors like Williams Advanced Engineering and Rimac Automobili.

"We have been talking to different companies. They [Mahindra] were one of the first manufacturers to sell electric vehicles to the public, I believe over 15 years now," Heiser added.

Heiser said him and series organiser Alejandro Agag had discussed the potential involvement in the championship.

"We both want to see electric race cars that are more powerful and last longer. We are trying to answer these challenges," Heiser said.

"Since we've met Alejandro we are spending time working with Formula E, talking to the teams and suppliers figuring out what it takes to make the racing series even better, more exciting and fun to watch. We want Formula E to succeed."

Impressed by the high standards of Formula E, like the starting grid being dominated by former Formula 1 drivers, Heiser feels optimistic that electrification of other motorsport categories will follow and that all kinds of outright records will continue to be challenged.

"We're just at the beginning of a new era. It will change the way people think about performance cars and apart from that, it is a very exciting development. We are happy to play a role in this process. We couldn't be happier.

"The craziest thing about Formula E is that the regulations are not holding the teams back. It pushes them forward thanks to the specifications provided by the Jean Todt of the FIA.

"The proposed technical roadmap is a challenge and it's certainly not going to be simple for engineers to reach the performance that is targeted. That's proof of great leadership of the FIA and inspiring too."