People will be "shocked" by Gen2 FE – Vergne 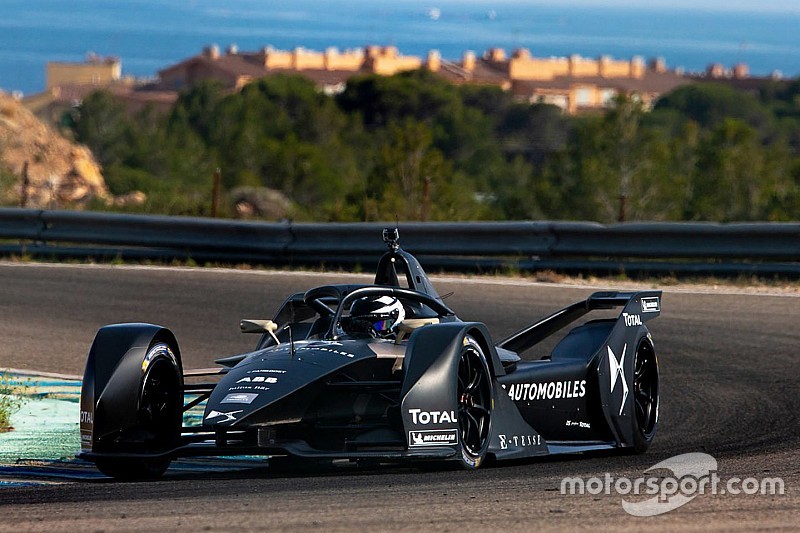 Newly-crowned Formula E champion Jean-Eric Vergne believes people will be shocked by the progress the series will make when its Gen2 car is introduced for the 2018/19 season.

As well as adding the new car – which will remove the need for drivers to swap cars and let them run at 200kW as a standard power setting – races will feature an innovative attack mode format.

Nissan will take over from Renault at the e.dams squad, while BMW becomes a full FE manufacturer, and Mercedes affiliate HWA joins ahead of the German marque entering the series alongside Porsche for season sixth.

Vergne, who clinched the 2017/18 drivers' championship in New York last month with one race to spare before taking a walk-off win in the season finale, reckons these developments demonstrate how FE's standing can "increase massively".

"I believe that the foundations of Formula E are [now] here," Vergne said.

"It is like building up a very nice house with very strong foundations – there can be wind, thunderstorms or whatever [but] it is going to stay there because it is what it is now.

"We got many manufacturers in the championship and I think from next season onward, the level of Formula E is going to increase massively and everybody will be shocked.

"Like the same way people were shocked in the first few seasons when people believed Formula E would crash, would never go where it is today.

"And now people [might] start saying that Formula E cannot increase or cannot improve because it's impossible, because it's already very high.

"But I think the step Formula E will make next year with Gen2 and a better organisation and bigger things will be absolutely impressive.

"Formula E still has a lot of surprise for the world and I'm very proud and very happy to be part of the championship."

Why an F1 champion thinks FE is the future