Norman Nato says he is “not frustrated” to have been dropped by Venturi in favour of Lucas di Grassi after a single season, but feels he did enough to extend his stay in Formula E.

A two-time race winner in the FIA World Endurance Championship with Rebellion Racing, Nato made his Formula E debut in 2021 as a replacement for Felipe Massa, teaming up with series regular Edoardo Mortara at Mercedes customer team Venturi.

The French driver finished on the podium in only his fourth race appearance in Rome, only to be disqualified soon after for exceeding his energy allocation. Another potential rostrum result went begging in Valencia when he was handed a time penalty for nudging Alex Lynn into a spin, dropping him to fifth in the final classification.

But the 29-year-old finally made amends for that in the season finale in Berlin, rising from sixth on the grid to take a stunning first victory in Formula E.

He ended the season 18th in the standings on 54 points, helping Venturi to beat the likes of Porsche, Mahindra and Nissan to seventh in the teams' table.

But Nato says he has no qualms with Venturi's decision to replace him with di Grassi as he sees his long-term future in endurance racing and not Formula E.

"For my future I had to make some decisions, like sportscars or Formula E," Nato told Motorsport.com about his exit. "I could have done one more year doing Formula E plus endurance, but not more I think.

"Venturi were looking for something different [and] we didn't manage to find a compromise.

"I showed on track I had the talent to be in the car to be a Formula E driver. I finished the best way I could have done in Berlin with a win.

"In the end I'm not frustrated or anything. My future is in endurance. Maybe in the future I will still be working in Formula E if there is an opportunity." 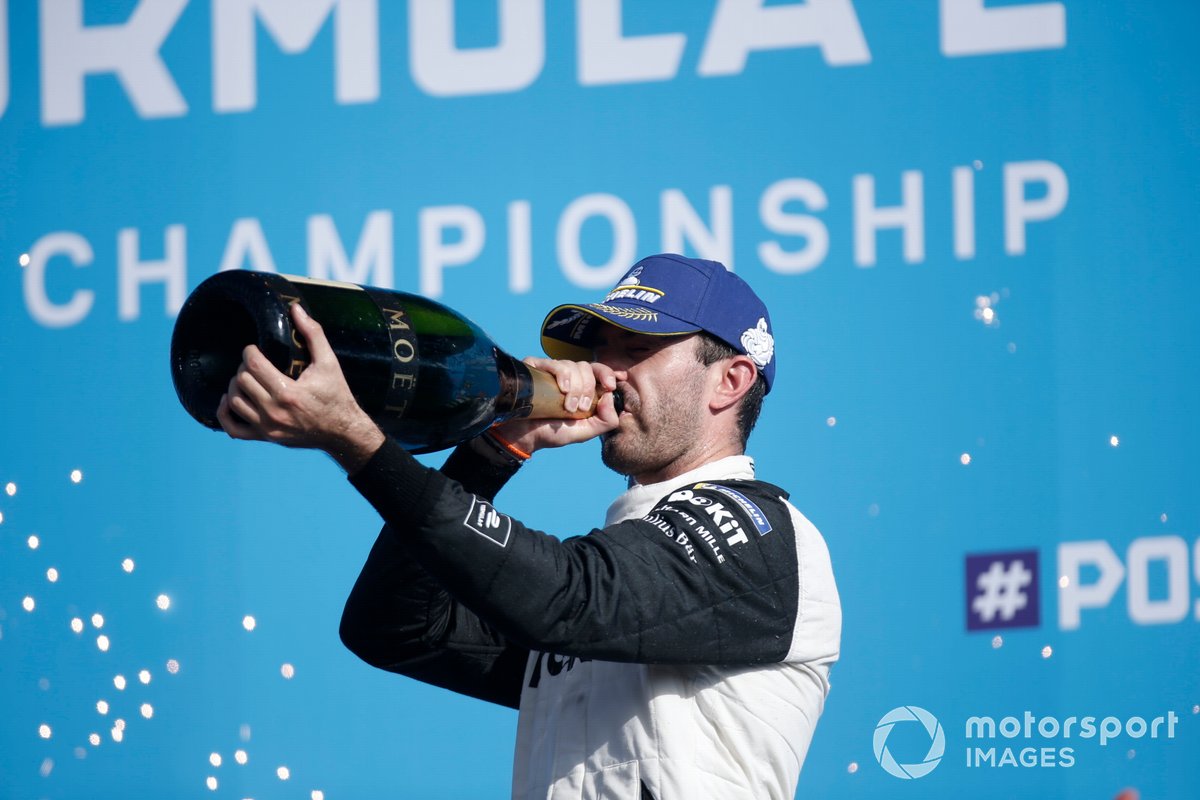 Venturi had already communicated its decision to Nato before his Berlin victory in mid-August, but a formal announcement regarding di Grassi's signing wasn't made until a month after the finale.

Asked when he heard about Venturi's plans for 2022, he said: "It was before Berlin, I knew that already since August.

"It was pretty clear that they were looking for something different for the future of the team because they knew that I was not going to stay in Formula E as well for many years.

"Lucas is a good choice. He's a fast guy, has a lot of experience. They decided to take another way, which I understand.

"As I said I did my job, we finished seventh in the championship in front of Porsche. For a non-manufacturer team I think we did a great season, me and my teammate.

"I was a rookie. I should have done three, four podiums in total, two have been removed. Plus a win. So, as a rookie I think it was quite an unlucky season."

Nato is looking at a number of endurance racing championships for 2022, with WEC, ELMS, and the IMSA WeatherTech SportsCar Championship all on his radar.

"I'm in discussions, maybe you will see me a bit in Formula E doing some work," he said. "For sure I'll be in endurance [racing] as well. I'm also developing a hydrogen car [as part of the ACO-backed Mission24 project]. You will see me [next year] for sure, but where, I don't know yet."