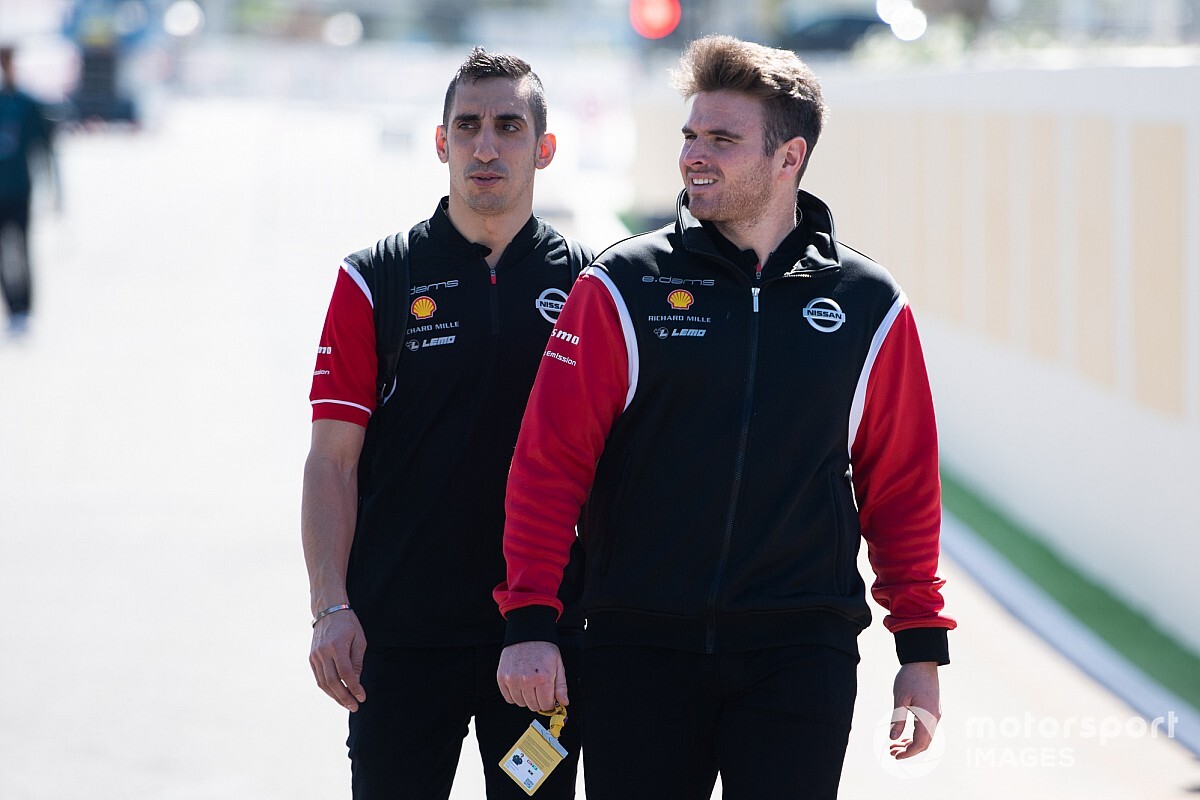 Sebastien Buemi and Oliver Rowland will remain with Nissan e.dams for a third consecutive Formula E season in 2021.

Buemi has been a part of the e.dams outfit since its first season in Formula E with Renault in 2014/15, and stayed at the team when Nissan took over from its alliance partner in 2018/19.

Rowland was signed ahead of Nissan’s first season in Formula E after the team’s first choice, Alex Albon, left the outfit to race in Formula 1 with what was then known as Toro Rosso.

Nissan enjoyed a strong sophomore campaign in the all-electric series in 2019/20, finishing second in the teams’ standings behind champions DS Techeetah.

In the drivers' table, 2015/16 champion Buemi finished fourth despite failing to win a race all year, while Rowland was classified one place behind in fifth after taking victory in the penultimate race of the season in Berlin.

Buemi will combine his Formula E commitments with a Toyota drive in the new Hypercar class of the FIA World Endurance Championship, which recently revealed a shorter six-round calendar for the 2021 season.

There are currently no date clashes between the two series.

“It’s great that Seb and Oli will continue to race for Nissan e.dams,” Nissan e.dams team principals Olivier and Gregory Driot said in a joint statement.

“They’re both incredibly talented and have continuously demonstrated their strong determination and commitment. We’re excited to be able to count on their hard work and dedication to deliver even stronger results.”

Tommaso Volpe, Nissan’s global motorsports director added: “Seb and Oli have done a great job for us. We welcome the stability and consistency that retaining them brings to the team. We look forward to building on our previous successes.

"However, winning is not our only goal in Formula E. With each race we learn more about every aspect of our high performance EVs, which then informs our road car development. Through racing, we are continuously advancing our EV expertise.”

Nissan also announced that Mitsunori Takaboshi and Jann Mardenborough, who both race with the marque in Japan’s SUPER GT series, will remain as the Formula E team’s official reserve and simulator driver respectively.

The 2021 Formula E season is due to kick off on January 16 with the Santiago E-Prix in Chile.