Venturi’s Norman Nato was in jubilant mood after capping off his rookie Formula E season with a victory in Berlin, having been “frustrated” by missed podium chances in Rome and Valencia.

After a technical issue in superpole robbed him of the opportunity to fight for pole in the FE season finale, Nato steadily moved up the order from sixth on the grid, passing the Mercedes of Stoffel Vandoorne for the lead on lap 11 of 32.

Once in front, Nato extended a gap of nearly five seconds over the chasing Nissan of Oliver Rowland, such was his advantage over the rest of the field with Venturi’s customer Mercedes powertrain.

A mid-race safety car following a crash between Lucas di Grassi and Antonio Felix da Costa put his victory in doubt, with Rowland chasing him hard at the restart, but Nato was able to rebuild a buffer for himself to ultimately cross the line over two seconds clear of his Nissan rival.

The victory came as a relief for the Frenchman, who was previously disqualified from third in Rome for exceeding the allocated energy, and then lost another podium in Valencia for nudging Mahindra’s Alex Lynn into the gravel trap.

In fact, Nato was only positioned 21st out of 25 drivers in the championship coming into the final weekend of the season in Berlin, prompting Venturi to consider replacing him with Audi’s Lucas di Grassi.

A formal announcement regarding Venturi’s driver line-up for the 2021/22 season is yet to be made.

Asked if his Berlin win made up for missed podium finishes in Rome and Valencia, Nato told Motorsport.com: “Yeah, exactly. At the end, we did it for me. It was frustrating not to jump on the podium [at those two occasions], but from my point of view we did it and we showed we were able to [fight for podiums on raw pace].

“At earlier stages of the season when I was still like a proper rookie, on the second race weekend I was already fighting for the win and podium.

“[At that time] I knew we were going to get another opportunity [to fight for a podium]. We managed to put everything together and we got this kind of result, so I'm really, really happy.

“We had a good opportunity and the pace was great this morning in free practice when we tried the energy management and everything, so we were confident from this position to be able to fight for the podium and we did much better than - we won the race. So, it was just a perfect race.” 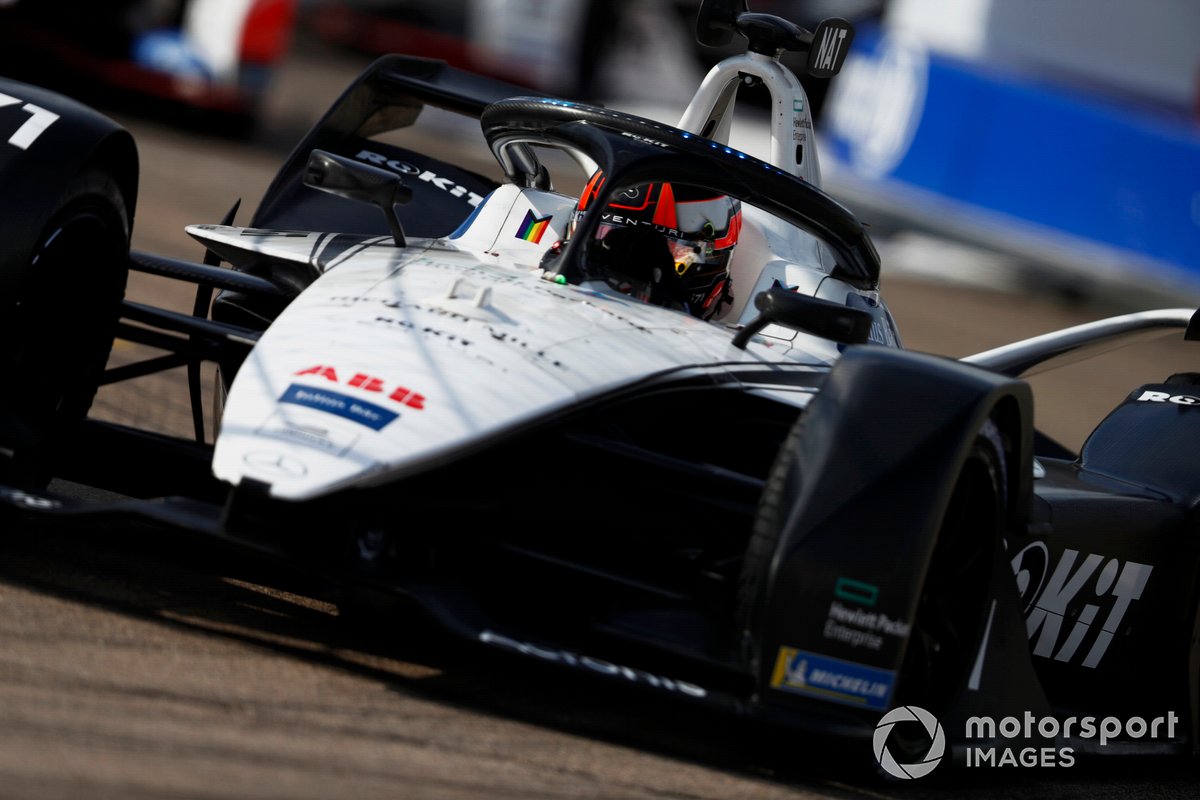 Venturi ended its second season as a Mercedes powertrain customer seventh in the championship, with both Nato and Mortara scoring a win each.

The latter ended up second in the drivers’ standings despite retiring from the Berlin E-Prix and suffering a fractured vertebra in a startline crash involving Jaguar’s Mitch Evans.

Nato, who himself jumped to 18th in the final classification, said Venturi can be extremely proud of what it achieved in 2021, as it even outshone its powertrain supplier Mercedes on several occasions.

“This kind of thing is something," he said. "You have to enjoy this kind of moment, especially for us.

“At the beginning of the year, if somebody would have told us Edo would have finished second in the championship, that we would have won two races and five podiums total, [plus] two [podiums] that we lost, we'd certainly be very pleased.

“It's amazing. We were fighting with manufacturers, top drivers and top teams. It's perfect and I want to thank everyone in the team who has been helping me with good moments and moments where it's been difficult because in Formula E it's up and down all the time, so it's good to leave Berlin with a smile.”