Antonio Felix da Costa has joked that some of his Formula E rivals need ‘more hours working in the gym’ owing to the nature of his 2021 Berlin E-Prix crash.

DS Techeetah driver da Costa had his title defence come to an abrupt end in the second race of the Tempelhof Airport season finale double-header when he collided with Lucas di Grassi.

The Audi moved for position in their fight for 13th on the approach to the Turn 9 hairpin on lap 21 of 36 but the pair collided at the apex and da Costa was forced into the outside wall.

Di Grassi - who apologised to da Costa - reportedly had the steering wheel knocked out of his hands in the initial contact before his car then appeared to continue to push da Costa.

This led da Costa to quip that di Grassi and Jake Dennis - with the BMW Andretti driver tagging with the Portuguese in a similar manner in race one - needed to build their strength.

Da Costa told Motorsport.com: “He said he lost the steering wheel from his hand and the thing turned right.

“I had the same thing with Jake Dennis yesterday.

“It’s funny. These are the two guys posting the most videos working out in the gym.

"These guys look like they still need a few more hours because I’ve never lost the steering wheel.”

“I respect the apology, but it ruined my race.” 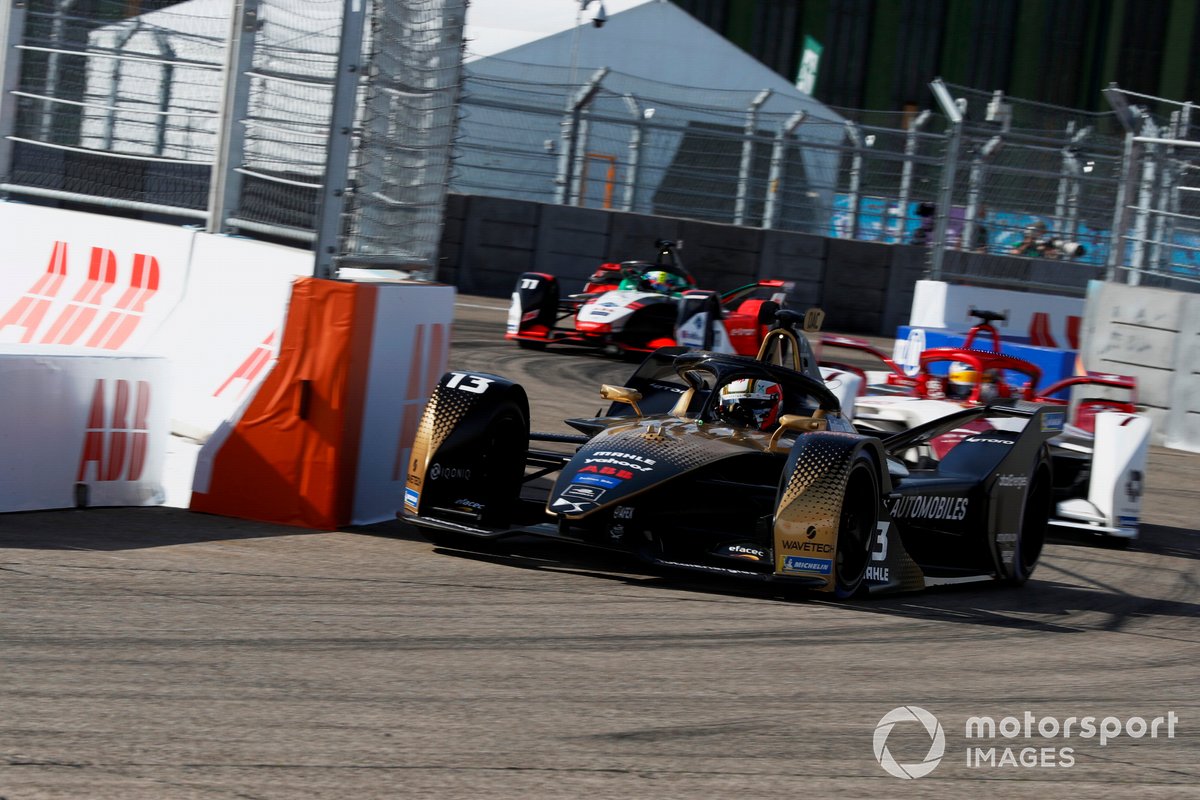 “We were struggling for pace but maybe a point or two we could have scored.

“But it would not have changed the championship.

“I’m not going to the sim for a full week, coming here and spending that time to not finish races.

“I’m not angry, I’m not disappointed. I’m just sad because I wanted it.

“I put the hours down for this but so many other people deserve this as well.

"I could be here naming all the places where we lost points but so did everyone else.”

Da Costa then credited de Vries for his success, as well as acknowledging Mitch Evans.

The Jaguar Racing driver had been set to overthrow de Vries from third on the grid until his car failed to launch, before he was collected in a massive shunt with Edoardo Mortara.

Da Costa said: “I don’t think we should ever be disappointed by losing the championship in this way against so many good teams and drivers.

“Massive respect to Nyck and Mercedes.

“Mitch, fuck man, he was in a great place today and he didn’t even get a chance to go out there and race.

“We respect it but we hate losing.

“We’ll peace out for a week and we’ll transform that into motivation and anger.”