Verstappen: Day of public service with stewards was “constructive” 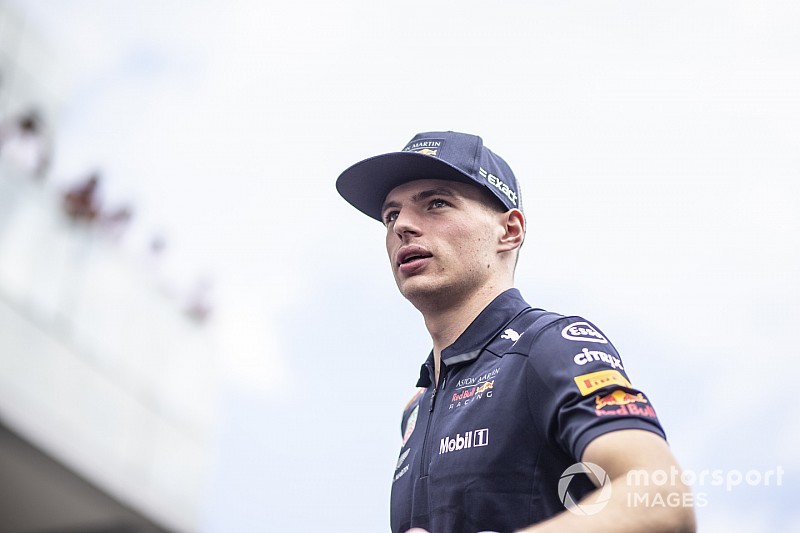 Red Bull Formula 1 driver Max Verstappen says his day of public service at the ABB FIA Formula E race in Marrakesh was “a constructive thing for me”.

The Dutch driver spent Saturday observing the stewarding process at the event at the Circuit Moulay El Hassan, which was won by Mahindra Racing driver Jerome D’Ambrosio.

Verstappen was in Morocco at the request of the FIA to serve the first of two days of public service he was given after shoving former Force India racer Esteban Ocon in parc ferme at the 2018 Brazilian Grand Prix.

Speaking in an FIA statement, Verstappen said: “It’s interesting to see it from the other side – normally you can’t spend an entire day with the stewards!

“Everybody does their own job during a [motorsport] weekend, and it’s good to really see what it takes to make these important decisions – sometimes a decision might not be nice for a certain person but it has to be taken and you have to follow the rules.

“I think it’s good to experience different things in racing rather than just sitting in the car – to be here and do this kind of work has been a constructive thing for me.”

Verstappen also reflected on his first appearance in the FE paddock, calling the championship “a cool series”.

“I’ve of course followed Formula E a bit on TV but I’ve never been in the paddock, and I really enjoyed the day,” he said. “First of all, it was a really exciting race. The championship is clearly growing and there are a lot of manufacturers here, so I think it’s a cool series.”

It remains unclear how Verstappen will serve the second day of his public service, a punishment the FIA hands out as part of the educational philosophy it has regarding incidents such as the one at Interlagos.