Porsche has signed Andre Lotterer to complete its line-up for its debut ABB FIA Formula E season in 2019/20.

Lotterer left the DS Techeetah team following the final round of the 2018/19 FE season, where he helped the squad win the teams’ championship for the first time.

The triple Le Mans winner will join the already-announced Neel Jani in the Porsche line-up for next season.

Lotterer has been a factory Porsche driver since 2017, the year he joined the manufacturer’s LMP1 team following Audi’s withdrawal from the World Endurance Championship at the end of the previous campaign.

“I’m really looking forward to competing for Porsche in the ABB FIA Formula E championship in the 2019/2020 season,” said Lotterer.

“I have been part of the Porsche family since 2017 and have lots of great memories of joint successes – particularly when working with Neel.

“We drove together in the Porsche LMP1 team in 2017, and drove for Rebellion Racing in the WEC these past two years. It’s great that we will now be the driver pairing for the Porsche Formula E team.

“I’m looking forward to the new task and to the future collaboration with the team.”

Jani has been driving for Porsche during the opening phase of its 2019/20 private manufacturer testing alongside former Porsche LMP1 driver Brendon Hartley.

Hartley said earlier this year that he was “definitely interested” in joining the Porsche FE squad as a race driver for next season, but the team was understood to have preferred signing a driver with previous FE race experience.

Jani did compete in the first two races of the 2017/18 FE championship in Hong Kong with Dragon Racing, but he left the team after that event.

"He has been a Porsche works driver for three years and knows the team and Neel really well. And we can only benefit from the experience that Andre will bring from the past two Formula E seasons.

“Neel and Andre make the perfect driver pairing for Porsche’s works entry into Formula E. We are looking forward to entering our maiden season in the ABB FIA Formula E championship for the 2019/2020 season with this strong driver pairing.” 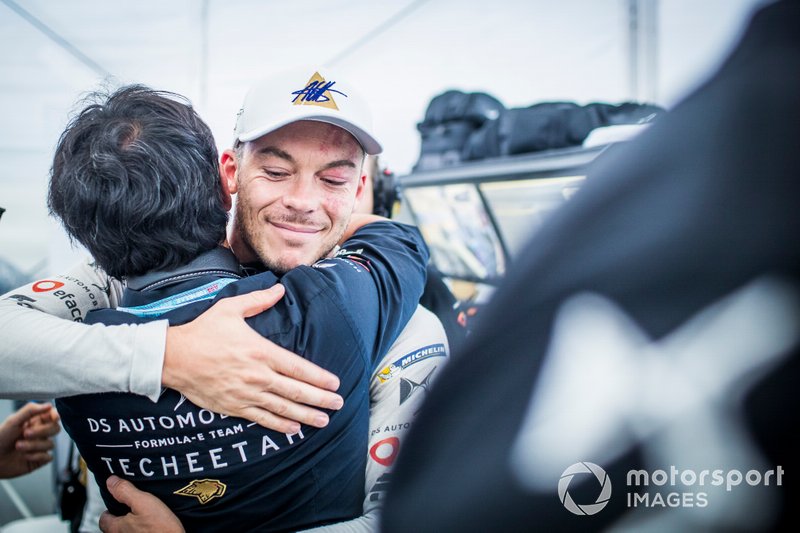 DS Techeetah, which helped Lotterer to a trio of runner-up finishes during his time with the squad, paid tribute to the departing German in its statement.

"Until this season where we’ve been reinforced by our colleagues at DS Automobiles, we’ve been an incredibly small team where it has been instrumental for all team members to go the extra mile, including our drivers and Andre has really put this into effect,” said DS Techeetah team principal Mark Preston.

“So for that, together with the points he has racked up with us to win the teams’ championship this year, and almost clinched last year, we’d like to say thanks to Andre for this time and wish him the best of luck with his new pursuit.”

DS Performance Director Xavier Mestelan Pinon added: “I salute and thank Andre for the fantastic work he has done this season. Without him and the valuable points he earned; the titles would have been more complicated to concur.

“His involvement and his performance were paramount in our victories and titles. See you soon on the track!”

DS Techeetah is now looking for a replacement for Lotterer, who is understood to have had a contract for the 2019/20 season, to join Vergne and a team statement said it has already “been approached by multiple high-level drivers”.

The team is therefore “evaluating” which driver it will sign and the statement concluded that “this will be announced in due course”.