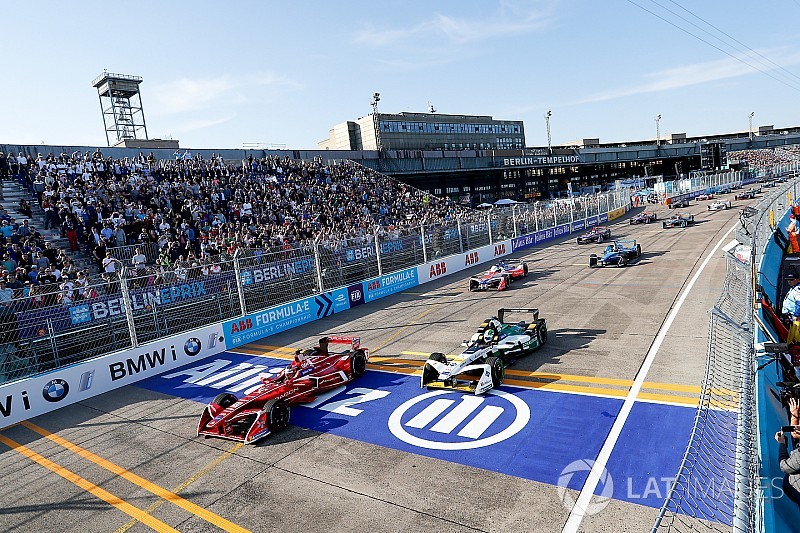 Further details have emerged of the race format Formula E is considering implementing for the 2018/19 season, which has been given the working title of ‘hyperboost’.

The system, first revealed last month by Motorsport.com, is being evaluated as part of a bid to retain an entertaining strategy element to FE races when the series switches to its Gen2 machinery next season.

This is because the new cars have batteries capable of lasting an entire race distance, which eliminates the need for drivers to swap cars.

The hyperboost system has been presented to the FE sporting working group, a copy of which has been seen by Motorsport.com.

It is understood that further changes and refinements will be made to the system in the coming months, as well as a new name.

While FE CEO and founder Alejandro Agag could not previously confirm any details of the system, he did describe it as potentially being “like Mario Bros when they get the little star and go faster.”

The early proposals of the system – which still needs the full approval and verification of the FIA – indicate that after drivers run over a dedicated zone, clearly-marked offline sections at one corner per circuit approximately 10m in length, they will be able to use a higher power mode.

The location of the zone would vary for each circuit, with trackside digital screens proposed to indicate the area to fans.

It is suggested that hyperboost will only become active two laps into each race and will not be available during the final two laps.

Drivers would need to activate a switch on their cars to be able to pick up hyperboost in advance of reaching the zone. Once they have gone over the hyperboost area, it has been proposed that this would activate a four-minute power boost of increased power to 225kW.

This would translate to an increase in laptime of approximately one second per lap during the activation period.

The system would be mandatory to use twice in each race, with power levels returning to the 200kW normal power mode after activations.

It is also understood that the hyperboost system would be integrated with FE’s TV graphics and the LED lights attached to the halo fitted to the Gen2 cars will flash red when it is in use.

The halo will flash green when a driver activates FE’s fanboost system – which be 100kJ applied on top of the hyperboost increase, between 225kW and 250kW – and yellow during a full course yellow or safety car period.

FE was unable to comment on the possible use of the hyperboost system, while an FIA spokesperson said the governing body had no comment to make on any race format proposals, with the matter set to be discussed at next month’s World Motor Sport Council meeting.

Vergne says Audi "in a different league" in Berlin

BMW could continue to supply Andretti after Formula E exit

BMW could continue to supply Andretti after Formula E exit