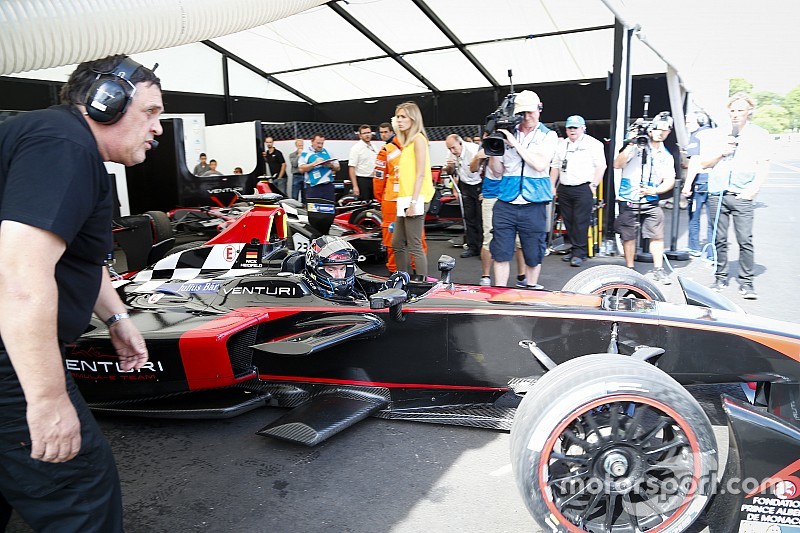 Dragon Racing is set to partner with Venturi in season two of the FIA Formula E Championship to run the French manufacturer’s powertrain.

The American team, led by Jay Penske, is believed to have concluded a deal last month and is set to test its new package shortly. An official announcement is expected in the coming weeks.

Venturi is currently testing the new season-two powertrain, before providing Dragon with its units potentially for the first Donington Park tests in early August.

Motorsport.com understands that Venturi sought to acquire a test car from Formula E organisers but this was declined.

Dragon was initially going to continue with the original season-one package, but after its change of direction, the newly-named Team Aguri will be the only outfit to keep the proven McLaren Electric Systems powertrain for season two.

Dragon Racing was unavailable for comment when contacted by Motorsport.com, but Venturi technical director, Nicolas Manduit was happy to go on record recently, although stopped short of confirming a deal specifically with Dragon Racing.

“Venturi Automobiles is a manufacturer for season two – the group has offered its powertrain to several customer teams; of course, Venturi Team is one of those customer teams,” stated Mauduit.

“That's it! We have good contacts with other teams and there could be announcements soon.”

Ex-F1 racer Nick Heidfeld has also sampled Venturi's new systems in recent weeks, and continues to evaluate the new package. Heidfeld is believed to be close to re-signing with the team, while Stephane Sarrazin is also in discussions.

“The development car has already been on track for two days. We're rather satisfied with it,” confirmed Manduit last month.

“The traction drive is rather efficient and offers what we think to be a very interesting energetic output, given what we'll expect out of it next season. A bit more power, a bit more energy efficiency.”

Paris to welcome Formula E in 2016