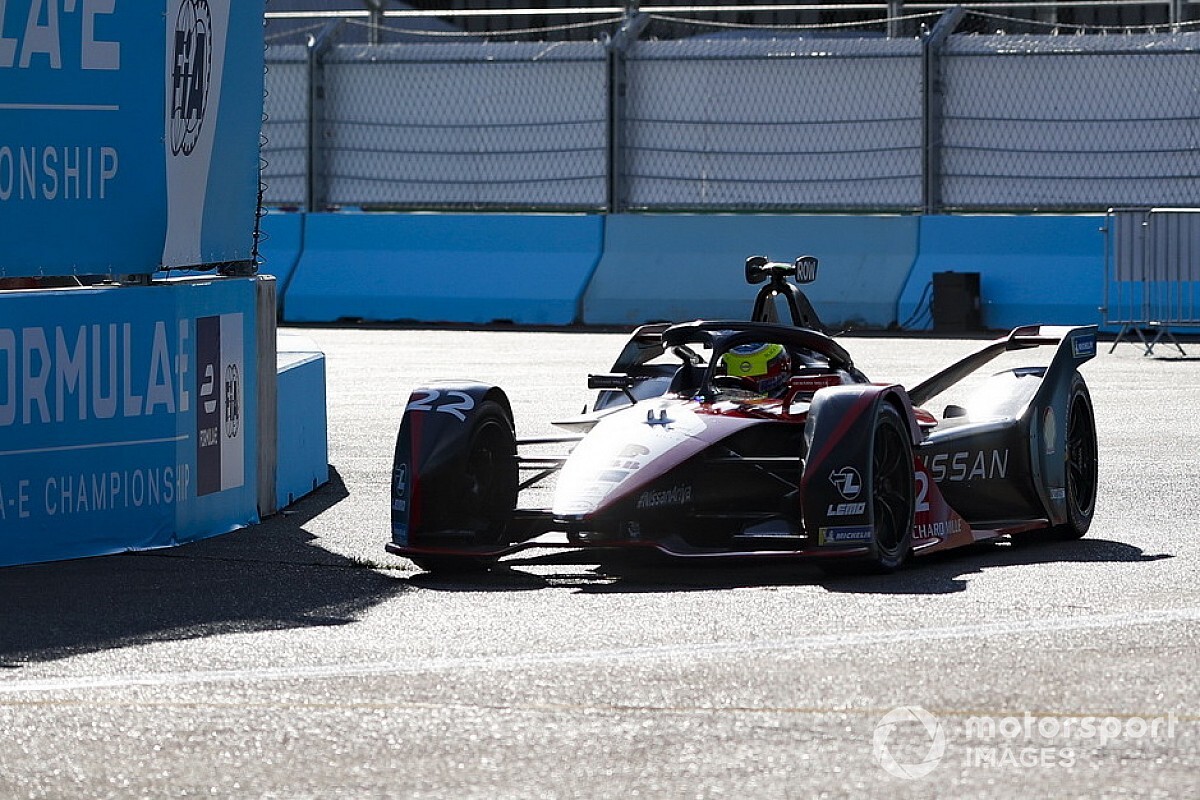 Five months (158 days) after the last race in Marrakech, after which FE suspended operations for COVID-19, the championship resumed for its opening 45-minute session.

Rowland set a benchmark time of 1m07.832s with 11 minutes to go, and a stoppage for James Calado two minutes later brought the red flag from which the session would not continue.

Jaguar driver Calado spent the first-half of opening practice in the garage after the team identified a small software issue, which forced a precautionary powertrain change.

An impressive rebuild effort meant he could leave the garage but his I-Type 4 car stopped at Turn 3 on the out-lap after Calado reported a “big oscillation”.

Revised FE protocols following the coronavirus meant fewer marshals on site at Berlin - which will result in longer delays - but combined with the powertrain failure, on-track running was ended early by race director Scot Elkins.

That left Bird, who will replace Calado at Jaguar next season, in second and 0.236s adrift of Rowland as reigning champion Jean-Eric Vergne was a late climber to third place.

Dragon's Nico Muller wound up fourth, eclipsing the time of Jerome d’Ambrosio who ran in the higher-power attack mode for Mahindra Racing.

Pre-event points leader Antonio Felix da Costa was shuffled down the order late on to finish 11th as title rivals Maximilian Gunther and Mitch Evans were only 15th and 16th respectively - the latter complaining over team radio about a lack of traction.

Two-time DTM champion Rene Rast marked his return to Formula E with 17th, one spot higher than NIO 333 driver Daniel Abt whom he came to replace at Audi. Rast’s teammate Lucas di Grassi was 20th.