Alexander Sims was rapid but somewhat inconsistent during his first two seasons in Formula E with BMW Andretti. A cosier environment at Mahindra Racing could be just what he needs to smoothen the rough edges and become one of the championship’s leading contenders.

Sims' relationship with BMW stretches back to 2013, but it wasn't until 2017 that he became a full member of the marque's factory driver line-up. The two parties enjoyed a successful start to their partnership in the GTLM class of the IMSA WeatherTech SportsCar Championship, Sims and teammate Bill Auberlen finishing second in the championship with a brace of wins in the second half of the campaign.

That meant when BMW upped its involvement in Formula E to become a manufacturer in its own right, Sims was the team's preferred choice to partner incumbent Antonio Felix da Costa at the now works-run Andretti squad.

Joining FE, especially after several years away from single-seaters, was always going to be tough, but the British driver performed reasonably well in his rookie season, even picking up a podium at the final round in New York.

However, what followed in the disrupted 2019/20 season ended up deciding his future with BMW, just as the Munich-based marque hired F3 hotshot Maximilian Gunther to replace the DS Techeetah-bound da Costa.

Sims started his sophomore campaign in FE with an incredible run of results, with a double pole and a victory in Riyadh opener being the highlight, and headed into the coronavirus-induced break third in the standings.

Unfortunately his results took a nosedive when the season resumed in Berlin just as Gunther was making a serious impression, and he ended up finishing four places and 20 points behind his rookie teammate in 13th. 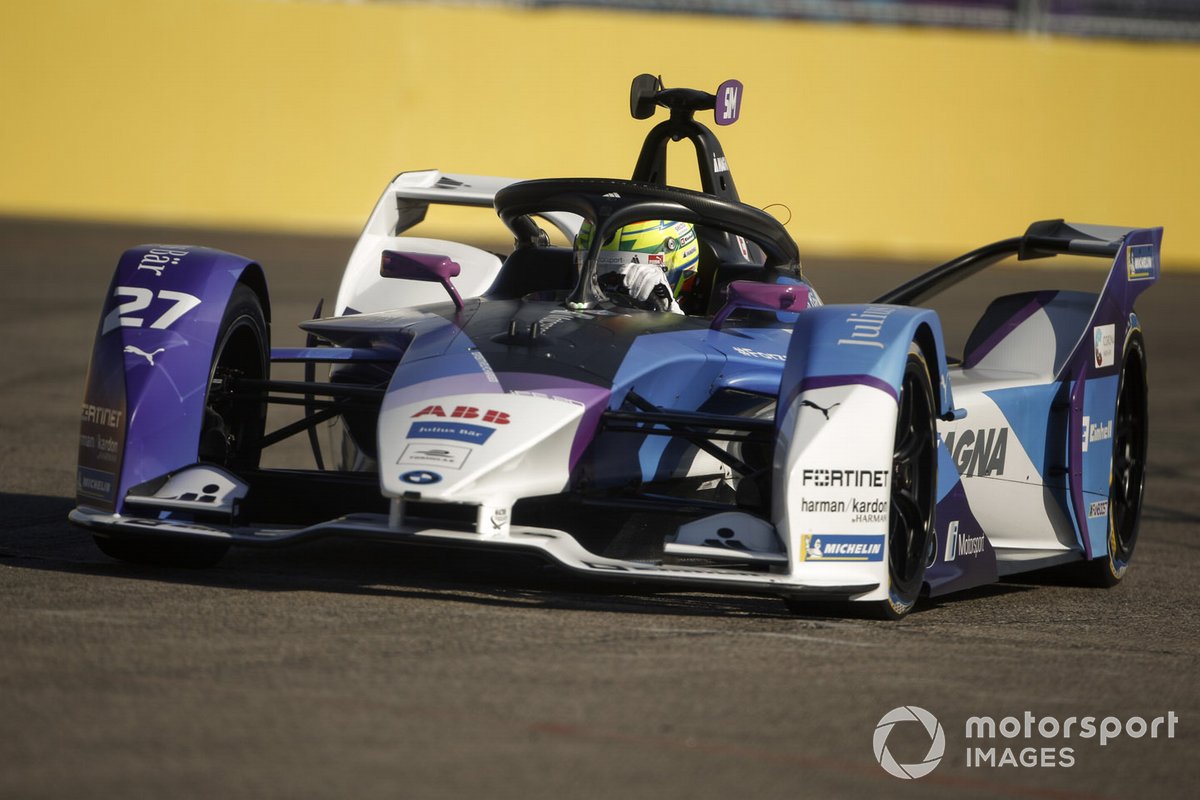 It was at that point that Sims ended his relationship with BMW, instead joining forces with a Mahindra Racing team that had just endured its first podium-less campaign since season one.

While Mahindra's main focus at that time had been on the development of all-new powertrain to return at the front, it also needed to refresh its driver line-up in the wake of Pascal Wehrlein's defection to Porsche - a role filled by Alex Lynn at Berlin - and Jerome d'Ambrosio's exit from the team.

While Lynn did more than enough to warrant a full-season contract, it still needed a replacement for d'Ambrosio and team boss Dilbagh Gill found an ideal candidate in Sims.

"When Sims started in season five his teammate was da Costa and he was really close in his first year, and that was da Costa's fifth year in the championship," Gill told Motorsport.com.

"If you look at their race pace, race averages, qualifying averages etc, they were really close. And today da Costa is considered the class of the field. Sims was his closest teammate ever - and that was in his first year.

"In the second year Sims started winning races and got some pole positions. Yes, he didn't perform the best in Berlin for whatever reason, but it was partly also BMW, the win of Max in one of the races. [But] we didn't perform like ourselves in Berlin."

Mahindra is known in the paddock for its "family-like" atmosphere, a stark contrast to BMW's more corporate environment. This could well play into Sims' hands as he rebuilds his confidence after a difficult end to his stint with BMW.

"I'm certainly very settled with the people around me, we get on very well," Sims told Motorsport.com. "It's a brilliant environment.

"Everyone is incredibly hard working and experienced in motorsport to know how to work but equally there is a side to any relationship that just needs time and to understand the finer points of how I like to feel a racing car around a lap and how my engineers work. It just needs us to go through multiple race weekends." 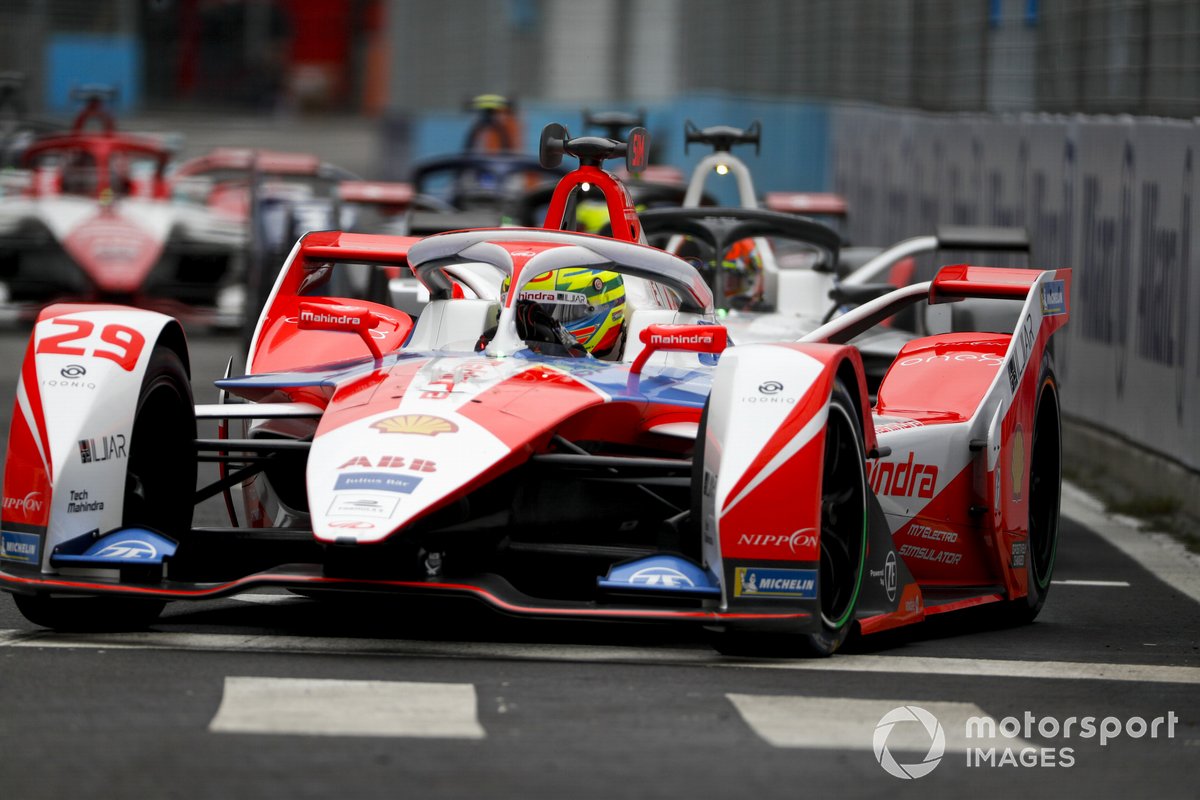 After a mixed season opener in Riyadh that got overshadowed by a horror crash for teammate Lynn, Sims was at his very best in the second part of the Rome double header, taking advantage of the group qualifying format to land a spot in superpole, before delivering an excellent second-place finish in the race.

That included a smartly-executed move on Wehrlein just after a full course yellow and some very fine energy management skills that saw him close the gap to race leader Stoffel Vandoorne before a late race safety car neutralised the field.

It marked Sims' return to the podium in over a year, and Mahindra's first visit to the rostrum since the 2018/19 season.

"I think it's a very nice feeling for everybody in the team," Sims said. "It's clear that everyone has put in a big effort to get a package into a more competitive place than it was last season and to be able to get a podium and just reward that effort in just the second race weekend of the year is really satisfying.

"It's nice to give some immediate [reward for the] effort I guess of the hard work they put it in by turning it into results. So that was really nice of everybody."

Mahindra has built an all-new powertrain for 2021 in collaboration with partner ZF and it has marked a massive reversal in fortunes for the Indian marque. While one-lap pace remains the team's focal area of improvement, Sims was left impressed by how more more energy he was able to save compared to his immediate rivals in Rome.

"That's been the real highlight of the partnership between Mahindra and ZF on the powertrain side, it's the efficiency of the whole package," he said. "It's the whole circle that seems to be strong, it's not only that hardware is efficient, the software is [also] good.

"We seem to be using the energy in a very sensible way at the moment. There are still things we can and we need to improve on, it's a nice feeling going into a race that if we can get the car balance right, if we can drive it right then the energy efficiency of the powertrain is going to be right up there with us.

"It's not something Dilbagh and the team have hidden behind, they are first to admit that last season the powertrain was not as good as they wanted, but they've really done a good job, the whole team, to rectify that whole situation." 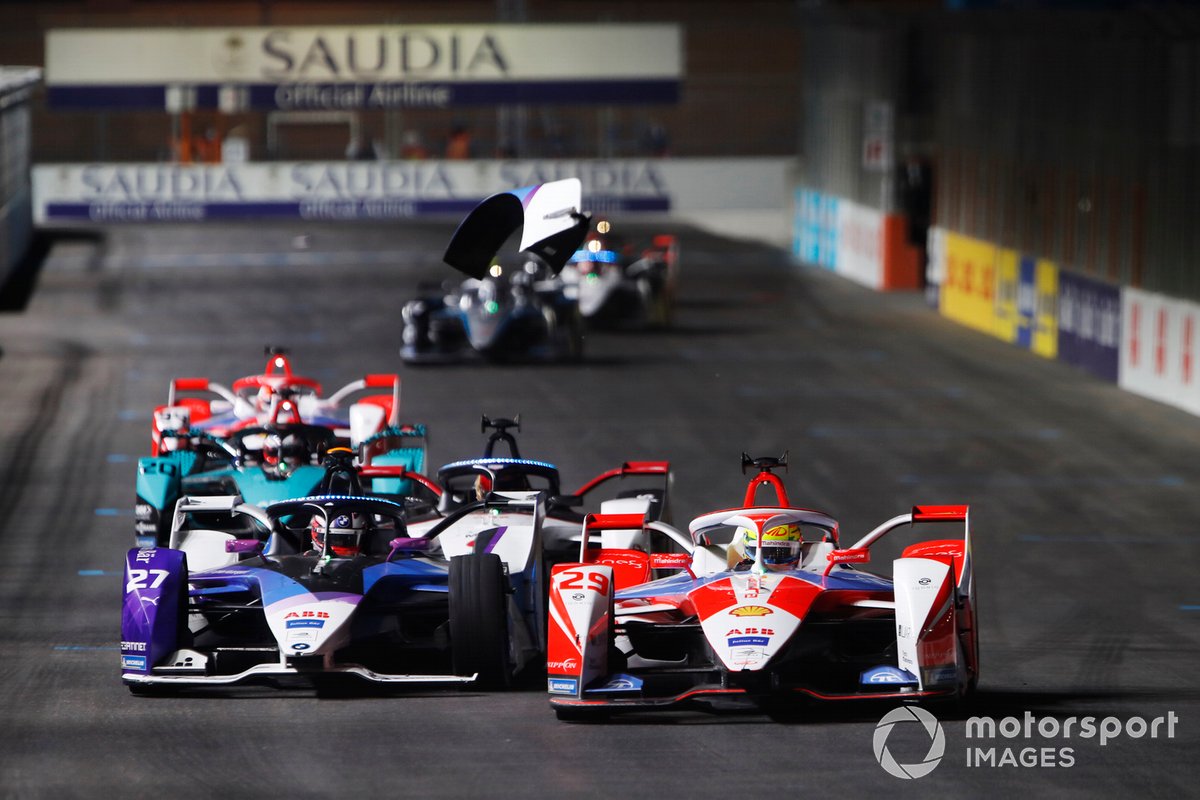 While still chasing a first double points finish of the year, Mahindra is currently a strong seventh in the championship, only nine points behind the fourth-place Envision Virgin squad.

By contrast, his former team BMW Andretti sits at the bottom of the table with just 12 points after the opening two weekends.

However, the 33-year-old doesn't want to get carried away with the form shown by a revitalised Mahindra squad in Riyadh and Rome. His focus remains on fighting at the front week-in, week-out, something the Indian manufacturer has struggled to do during the Gen2 era.

"But if we can continue to aim to be competitive in most of the races, be in a position where we can score decent points many times through the year then we'd be in a good position come the end."

During seasons three and four of what was still a relatively-young Formula E championship, another fast but somewhat erratic driver by the name of Felix Rosenqvist thrived at Mahindra, leading the squad to a best finish of third in the championship with an exemplary run of four podiums and race wins.

Judging by Sims' own career to date, he could well be the right man to return Mahindra to its previous heights and prove himself as one of the finest drivers in the field along the way. 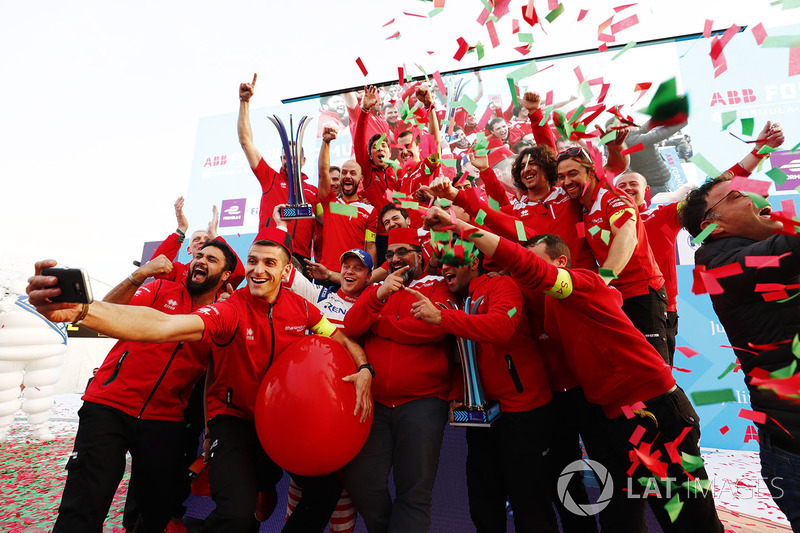