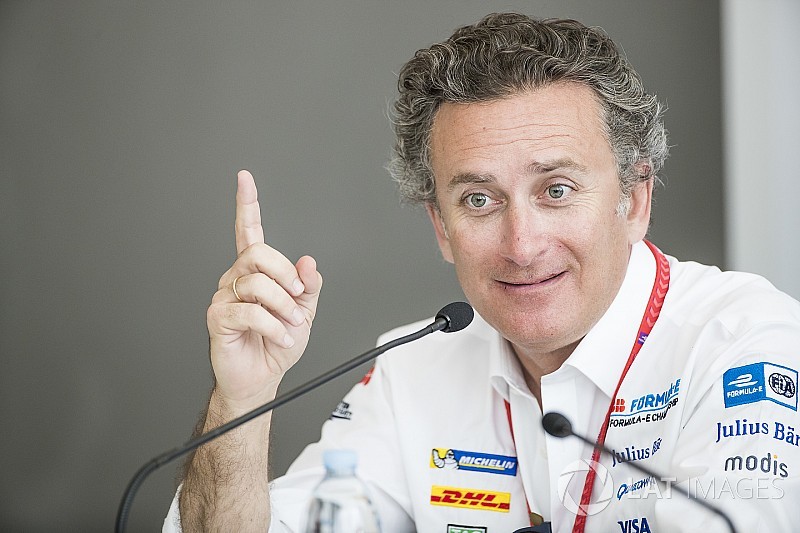 Formula E CEO Alejandro Agag has made a surprise €600m bid for outright ownership of the electric racing series.

In a letter seen by Motorsport.com, series founder Agag states his ambition to have greater influence over the future direction of the championship by assuming full control of the shareholding.

In the letter, dated today and addressed to the chairman of the Formula E board of directors, Agag writes: “As an entrepreneur I would like to increase my interest in the business and influence in its future direction.

“I strongly believe in the future of Formula E and this offer is an expression of that confidence.

“For this reason I would like to make a proposal to buy all the shares in the company at a value of €600m equity value.”

Agag’s move comes as the series, now in its fourth season, continues to attract interest from the world’s major automotive manufacturers.

Audi increased its FE presence at the Abt squad into a full works entry for this season, with BMW set to enter in the 2018/19 campaign, when the championship’s Gen2 car will make its debut.

Nissan will replace alliance partner Renault at the e.dams entry for next season and both Porsche and Mercedes have confirmed full works entries for the following championship in 2019/20.

Swiss electronics giant ABB was recently announced as naming partner of the championship, which has also attracted high-profile sponsorship deals from companies including Allianz and Hugo Boss – both of which previously invested in Formula 1, either with the championship or one of its teams.

Commenting on Agag’s move, Mercedes F1 team boss Toto Wolff, said: “In my opinion, behind every great success story there’s an entrepreneur’s vision and against all odds Alejandro has created this series that nobody really gave a chance to when it was launched.

“Now all the major car manufacturers have joined Formula E and a very, very big part of that is down to Alejandro.

“If it hadn’t been for his drive I think maybe even Mercedes would have considered it differently.”

Marco Parroni, managing director of FE’s first sponsor, Julius Bar bank, said he had been persuaded of the merits of electric street racing by Agag and that the series’ continued growth was testament to his vision.

“Formula E had a lot of financial difficulties in the beginning,” he said, “which is why the series needed investors.

“But definitely without Alejandro there the project would not exist today.”

How a small team is beating Formula E's giants