While four past champions and a slew of race winners headline the 2020/21 Formula E grid, there is no shortage of fresh blood either, with six drivers making their full-season debuts.

Three of them are ‘true rookies’ and will be contesting their first ever FE races in Riyadh this week, while the remainder have had some experience of competing in the category but have never completed a full campaign previously.

Top teams like Audi, BMW and Envision Virgin have all shown faith in new talent instead of hiring drivers with experience, while several rookies will also be seen at the other end of the grid.

Here’s an overview of the six drivers that will be stepping into their first full seasons in FE this year. 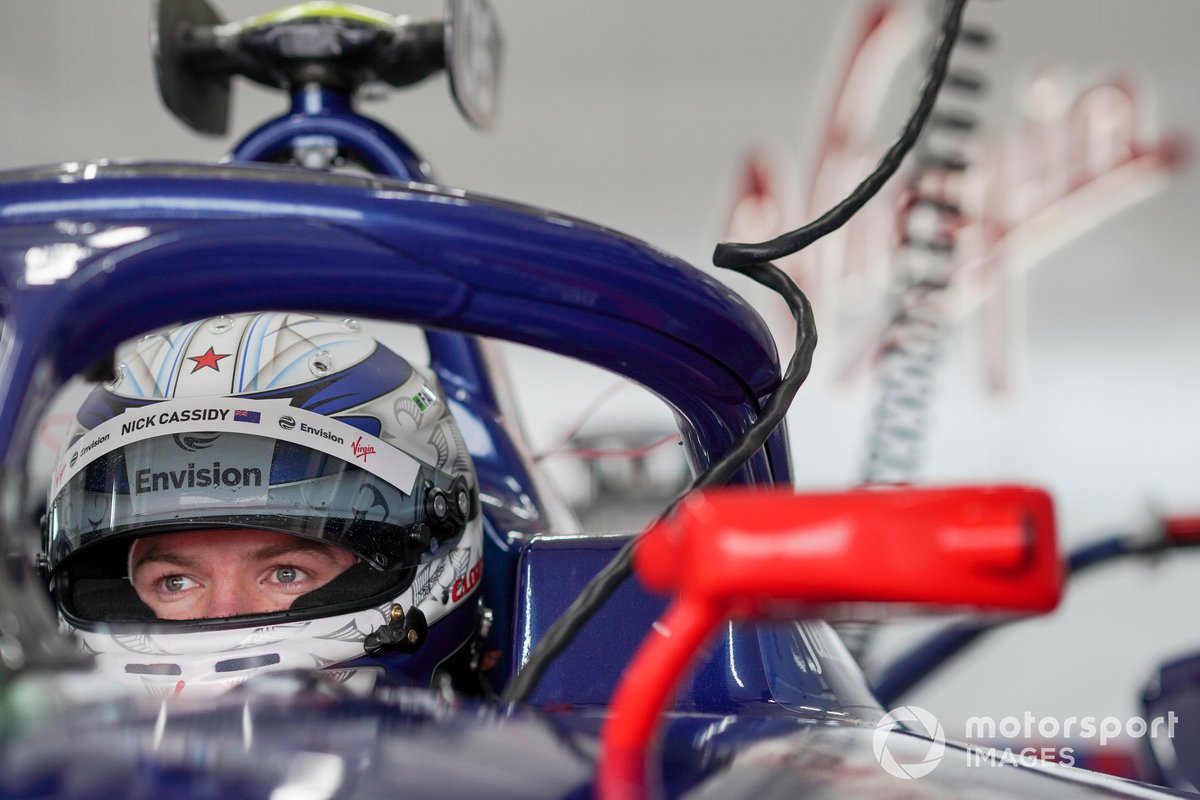 Those who follow Japanese motorsport closely rate Nick Cassidy as one of the best drivers of the current generation - and certainly the gold standard among the ‘gaijin’ contingent in SUPER GT and Super Formula. What the Kiwi has achieved in such a short span of time in Japan is commendable and makes one wonder what could have been had he had the budget to continue racing in Europe after his race-winning F3 campaign in 2016.

Having finally got the big international break he’s been waiting for for years, Cassidy now has to prove that he can understand the intricacies of driving electric cars around tight and twisty street circuits in city centres. It’s a task several experienced drivers from other championships have failed at, but history suggests that the Kiwi is more than up for the job.

The 26-year-old also has a reputation of delivering strong race results from low grid positions, and has proved that he can thrust a midfield team into championship contention - as shown by his near-miss in the 2018 Super Formula title battle with the unfancied Kondo Racing squad.

He wouldn’t have to worry about not having a competitive car in Formula E though, as Envision Virgin has shown time and again that it can deliver a package capable of winning races. Envision may be a customer team but it is very capable one at that - and it even beat its supplier Audi in last season’s standings.

That suggests Cassidy will have a very strong car underneath him this year, and while it may take him some time to get into the rhythm, it wouldn’t be wrong to say that he has the chance to forge a long and successful career in Formula E. 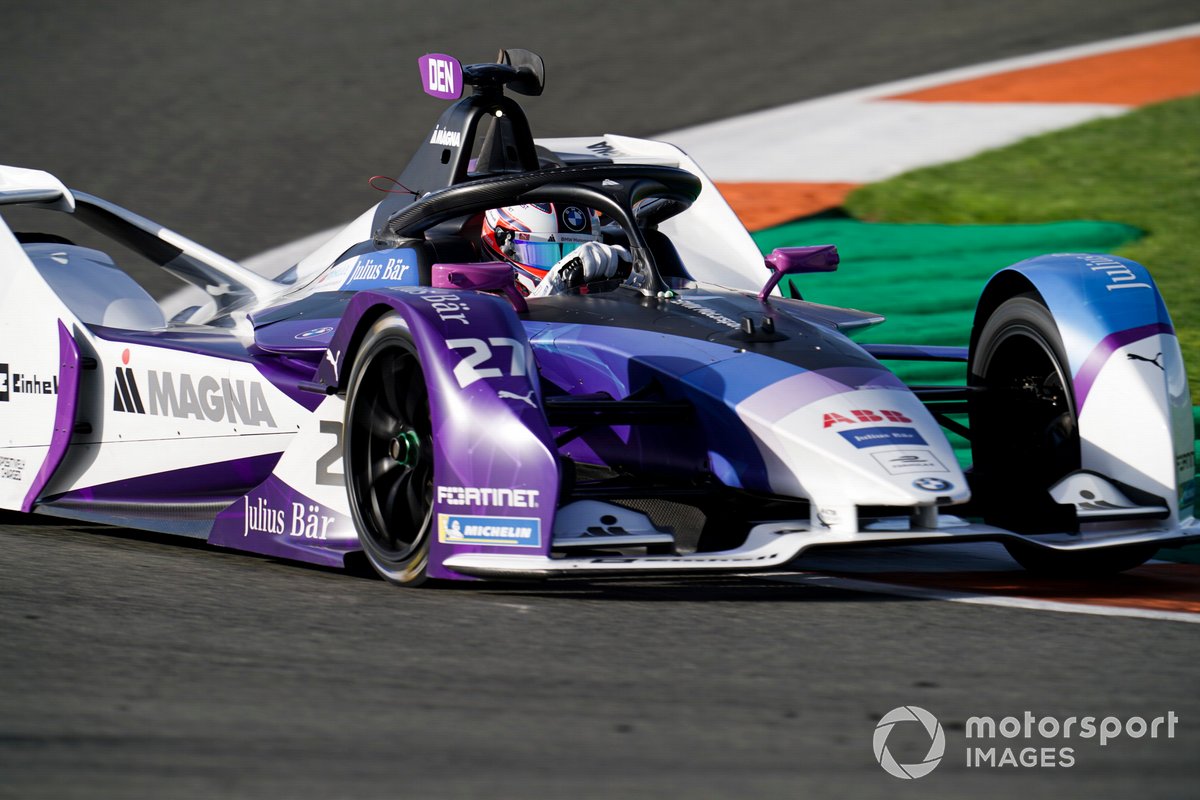 Many were left surprised when BMW announced Jake Dennis as Maximilian Gunther’s teammate for the 2020/21 season. But the fact that BMW chose an outsider over drivers from its own roster shows just how much faith the German manufacturer has in the abilities of the 25-year-old Brit.

Dennis beat current Aston Martin Formula 1 driver Lance Stroll when they were teammates at Prema in the 2015 European F3 season, and enjoyed a very successful rookie season in GP3 the following year, finishing fourth with two victories in the latter part of the campaign.

He has spent the last few years competing primarily in sportscars, and even has a Le Mans 24 Hours start to his name.

It’s likely that Dennis first caught the attention of BMW when he raced against the marque in the DTM in 2019, driving for newcomers R-Motorsport Aston Martin. And with him out of drive following Swiss team's withdrawal from the DTM, it was natural for BMW to come calling when it needed a replacement for Mahindra-bound Alexander Sims in the team.

The Munich-based marque has big aspirations for its final year in Formula E, with both Gunther and Dennis outlining how it wants to end its short-lived stint series on a high. And while Gunther is likely to lead any potential championship challenge for BMW, Dennis won’t exactly be content to sit in his teammate's shadow either.

He'll be keen to avoid a repeat of the collision between teammates Sims and Antonio Felix da Costa that denied BMW a 1-2 finish in Marrakesh in 2019, while ensuring he doesn't fall victim to the inconsistency that eventually led to Sims being dropped from the team. 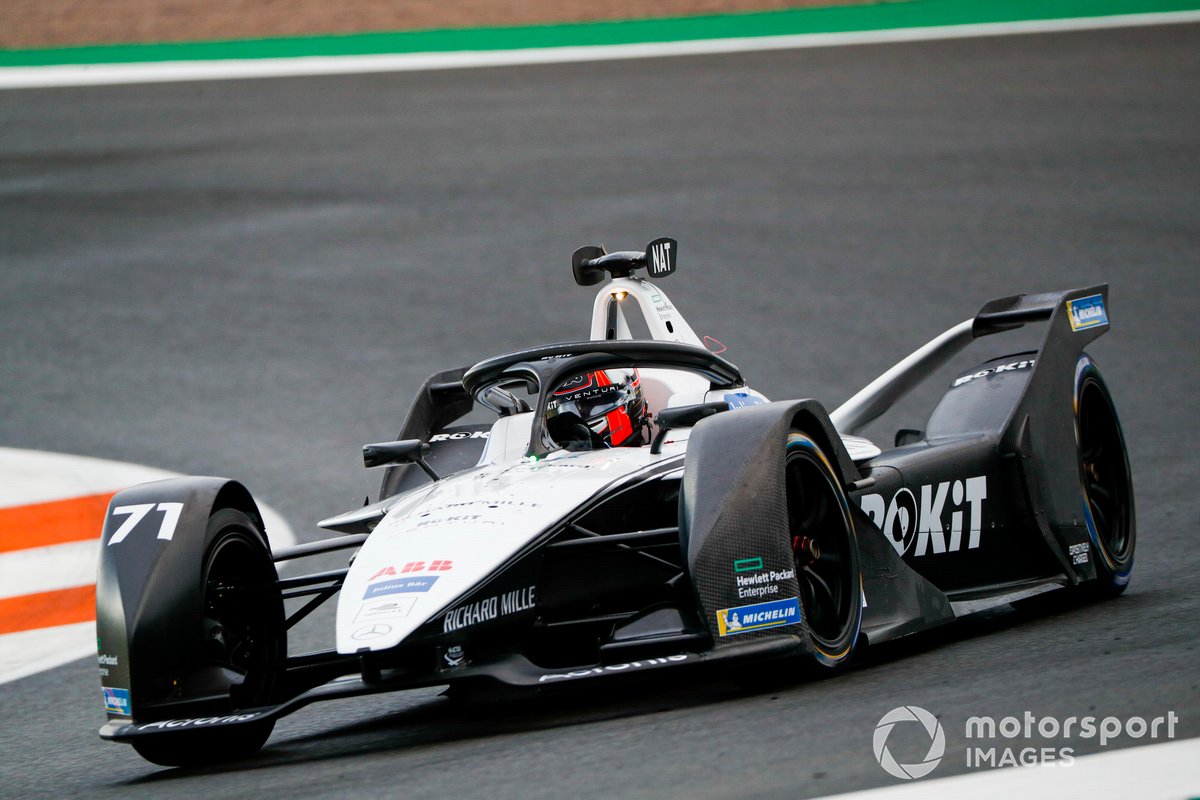 On the surface, it may seem like an odd decision for Venturi to replace former Formula 1 star Felipe Massa with Norman Nato, a driver who last raced in single-seaters in 2017.

But Nato notched up some credible results over the years in junior formulae, winning multiple races in Formula Renault 3.5 and GP2/F2, and has since carved a successful career for himself in sportscar racing, taking outright victories in the FIA World Endurance Championship with LMP1 squad Rebellion Racing last season.

More importantly, Nato has been working with Venturi as a reserve and simulator driver since 2018, and as such is well embedded with the team.

How the French driver performs in Formula E will largely depend on Venturi’s ability to bounce back from a tough 2019/20 season, but it should benefit from any gains its supplier Mercedes makes in its second season in the category as a full-blown constructor.

Like Cassidy, Nato will have only had limited days of running over the winter due to Venturi’s customer status, but his previous testing experience means he will arrive in Riyadh far more prepared than the Kiwi. 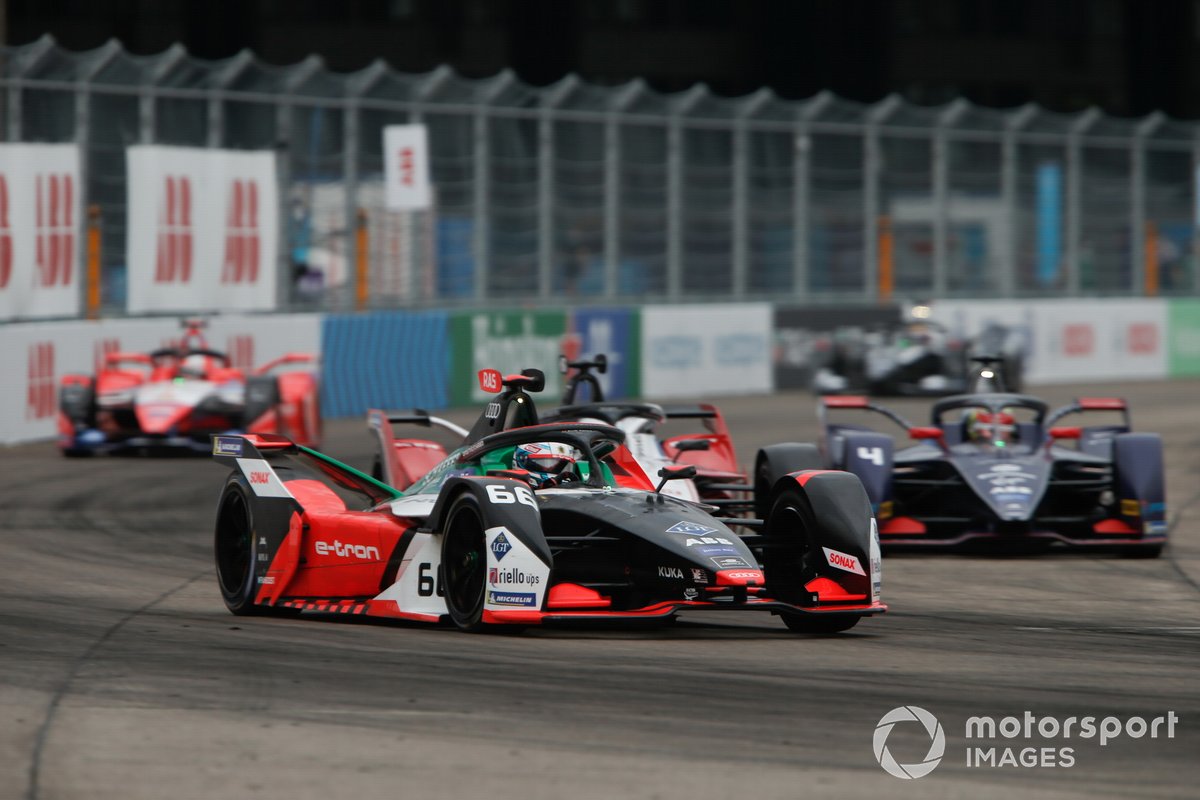 Rene Rast enjoyed his third championship success in the DTM last season - one that made him one of the most successful drivers in the series’ history.

But the 34-year-old has taken the decision to step aside from the German category following the end of its Class One era, and will put all his efforts on his first full campaign in the Formula E this year.

Rast has already proved that he can adapt well to single-seaters, having exceeded expectations when called up to replaced the ousted Daniel Abt in Berlin last season.

He has also shown that he can deliver results under pressure, and is generally viewed as a complete driver by DTM insiders - two qualities that would come handy as he goes up against a mix of young guns and experienced hands in Formula E.

Audi’s decision to pull out of FE has certainly left his future in the series in doubt, but armed with the experience of Berlin races and a full testing programme over the winter, Rast will certainly be one of the most exciting drivers to watch out for in 2021 - and could potentially give teammate and 2016/17 champion Lucas di Grassi a run for his money. 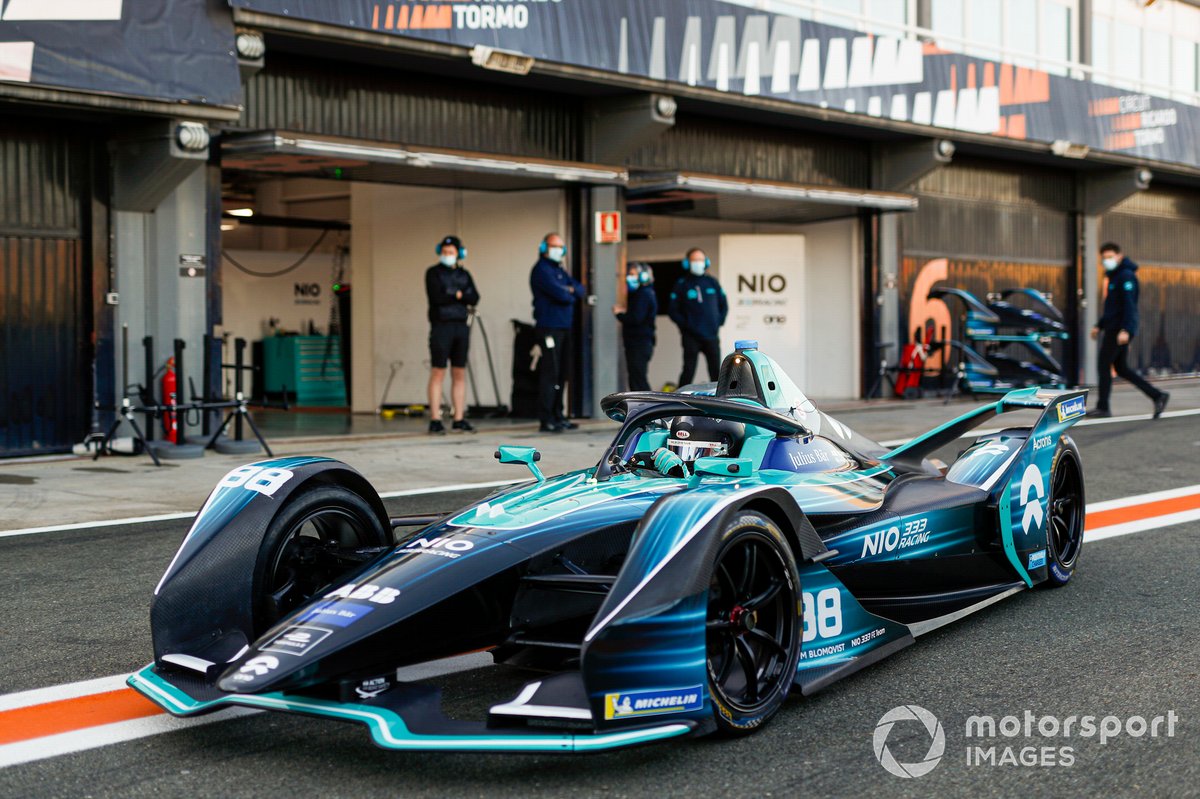 Classifying Tom Blomqvist as a Formula E rookie is debatable given he has contested a total of eight races with Andretti and Jaguar over the last three seasons - albeit most of them with the Gen1 car. But the fact remains that 2021 will be Blomqvist’s first full campaign in FE, having been signed by the NIO 333 team to take the second seat alongside the underrated Oliver Turvey.

A former factory BMW driver, Blomqvist has primarily raced in tin-tops over the last few years, contesting a wide variety of championships including the DTM and the IMSA WeatherTech SportsCar Championship.

Returning full-time to single-seaters will definitely be a challenge, considering his last full campaign in formula cars was back in 2014 - when he finished second to current Alpine F1 driver Esteban Ocon in European F3.

Blomqvist has a highly-capable teammate in Turvey, who has been outperforming his car at the back of the field for a number of years, and the two have a collective responsibility to push NIO forward as it fields its first bespoke powertrain this season.

It’s possible for FE drivers to earn a position with a leading team while racing for a relatively uncompetitive outfit, as attested by Maximilian Gunther, and it is something the Swede will keep in mind going into 2021. 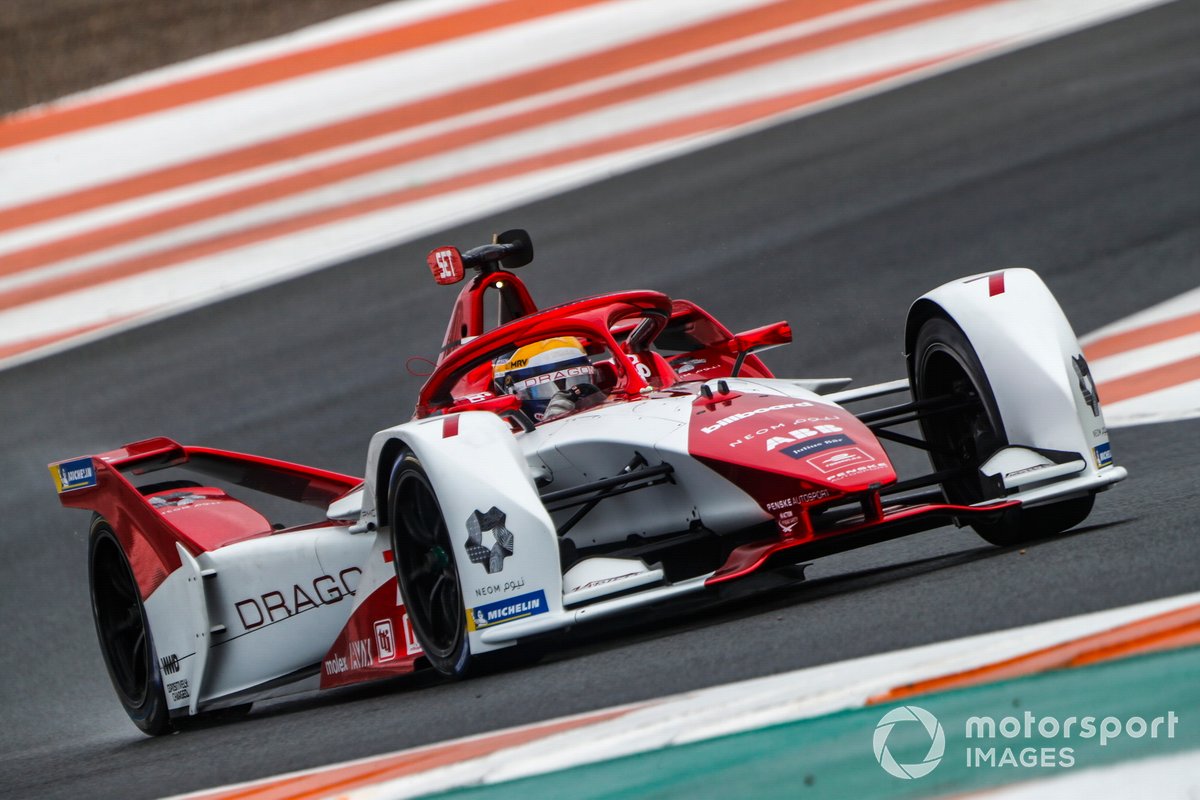 Sergio Sette Camara is moving up to FE after spending the last few years on F1’s feeder ladder, scoring two wins in his final year in F2 in 2019.

The Brazilian driver was originally due to race in Super Formula last year, but travel restrictions meant he spent most of the season on the sidelines. He did make it to Japan for the third round of the season in Sugo though, and that outing was a testament to his talent as he qualified his Honda-powered B-Max Racing car on pole position first time out.

Sette Camara also took part in the second half of the 2019/20 FE season with Dragon, replacing Brendon Hartley following the Kiwi’s split with the team. While his performances didn't set the world alight, with a 15th place finish the best he could achieve in the six races he contested, Dragon must have seen the potential in him while signing him for the full 2020/21 season alongside Nico Muller.

How Sette Camara fares in his full full season in FE will depend largely on how Dragon recovers from what was its worst campaign in Formula E. The Jay Penske-led outfit managed just two points all year, courtesy of Hartley’s ninth place finish in the second of the Diriyah races.

But should the team get its act together, Sette Camara should be able to pull together some strong results as he carves a career away from F1.