Natori's participation in the three-day test on December 16-18 was announced by his sponsor Buzz, which previously backed him when he raced in FIA Formula 3 with Carlin in 2019.

“This year I joined the Buzz Driver Management Program and moved to a new team to work with B-Max to build a strong car and win the series championship," commented Natori. "After winning this championship, I accepted team leader [Daisuke] Hasegawa's offer of an F2 test.

"After receiving the offer, I visited the team factory in Milan and found it to be a very competitive team. This is a great opportunity for us to move towards our goal of Formula One and we will do everything we can now to make the most of this opportunity. Thank you for your continued support.”

Natori returned to the Japanese scene following his one and only season in Europe in 2019, when he was pitted against fellow Honda junior and now-AlphaTauri Formula 1 driver Yuki Tsunoda in F3.

He joined Toda Racing for his first year in the rebranded Super Formula Lights (previously All-Japan F3) series and finished fourth overall, but lost his official Honda backing at the end of the season. 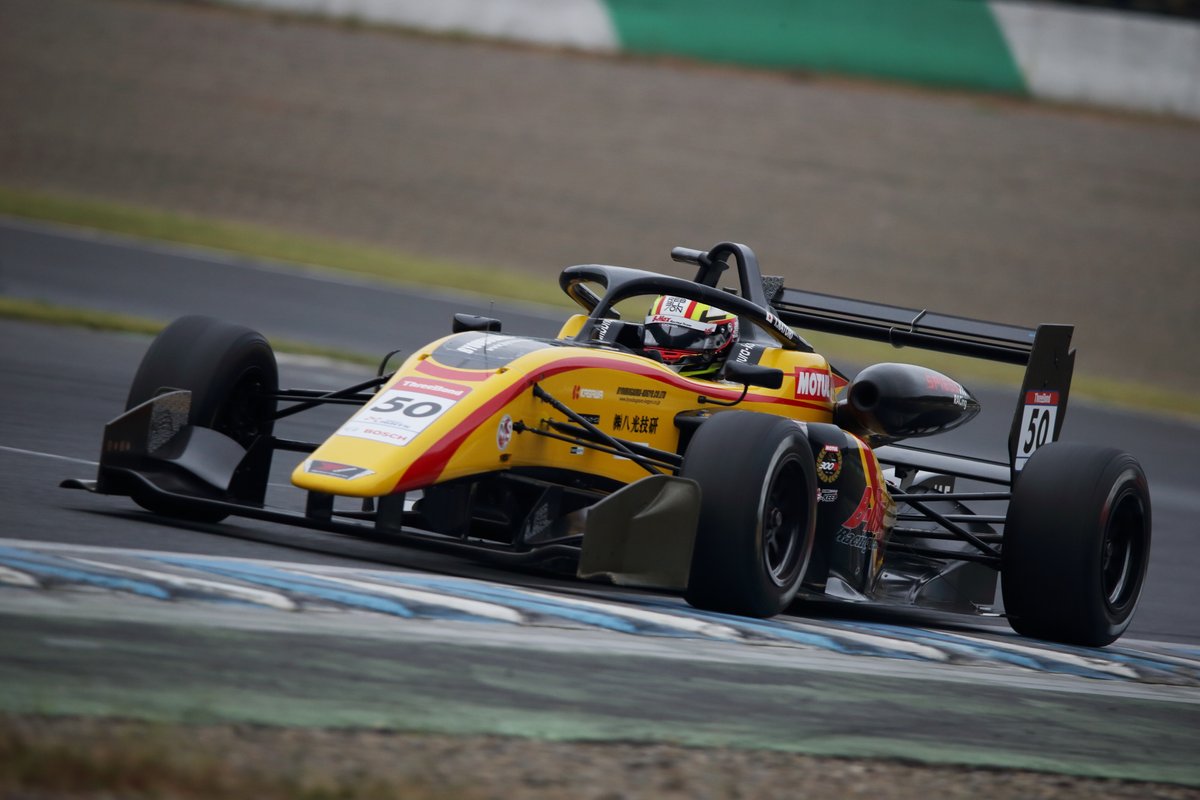 After a crowdfunding effort at the start of the year, Natori switched to the B-Max squad for his second season in Lights and narrowly beat TOM'S driver Giuliano Alesi to the title in a controversial Motegi finale in which the two title protagonists made contact while in battle.

He dovetailed that campaign with a first season in SUPER GT's lower GT300 category with Honda outfit UpGarage Racing.

For 2022, Natori had been targeting a step up to Super Formula, where he made one attempt to participate for B-Max at the start of the 2020 season but had to withdraw due to dehydration.

However, he was absent from this week's post-season test at Suzuka despite being entitled to financial support to help him participate following his Super Formula Lights title success.