Changes to the weekend format and reducing the gaps between events are at the centre of discussions regarding the look of FIA Formula 2 and FIA Formula 3 for 2022.

This season, the F1 feeder categories debuted a radical format featuring fewer events but the same amount of races held per weekend in a bid to reduce the costs to teams.

While the system has reduced running costs, produced exciting races and been declared a success on track by championship boss Bruno Michel, the format is under review for next year and could result in changes.

Michel says pros and cons of the format and calendar have been identified and discussions for next year have begun with the FIA and Formula 1. A decision regarding the formats and the calendar is expected soon.

"We will look at all the pros and the cons but it is not an easy decision to make," said Michel.

"Altogether I would say this new format works very well on the track and I'm quite happy about it, but the question is: 'Does it make real sense in terms of the calendar?'"

Two of the biggest complaints generated by the new -look calendar and format have been the gap between race meetings and the complicated qualifying format.

F2's calendar has attracted plenty of criticism for its lengthy break between events as drivers faced an eight-week wait after the Bahrain season opener for the second round in Monaco. Following the sixth round in Sochi (24-26 September), there will be a 10-week gap before the next event in Saudi Arabia (3-5 December).

The large gap between events has made the complicated qualifying format harder to grasp for fans, with regular explanations required. 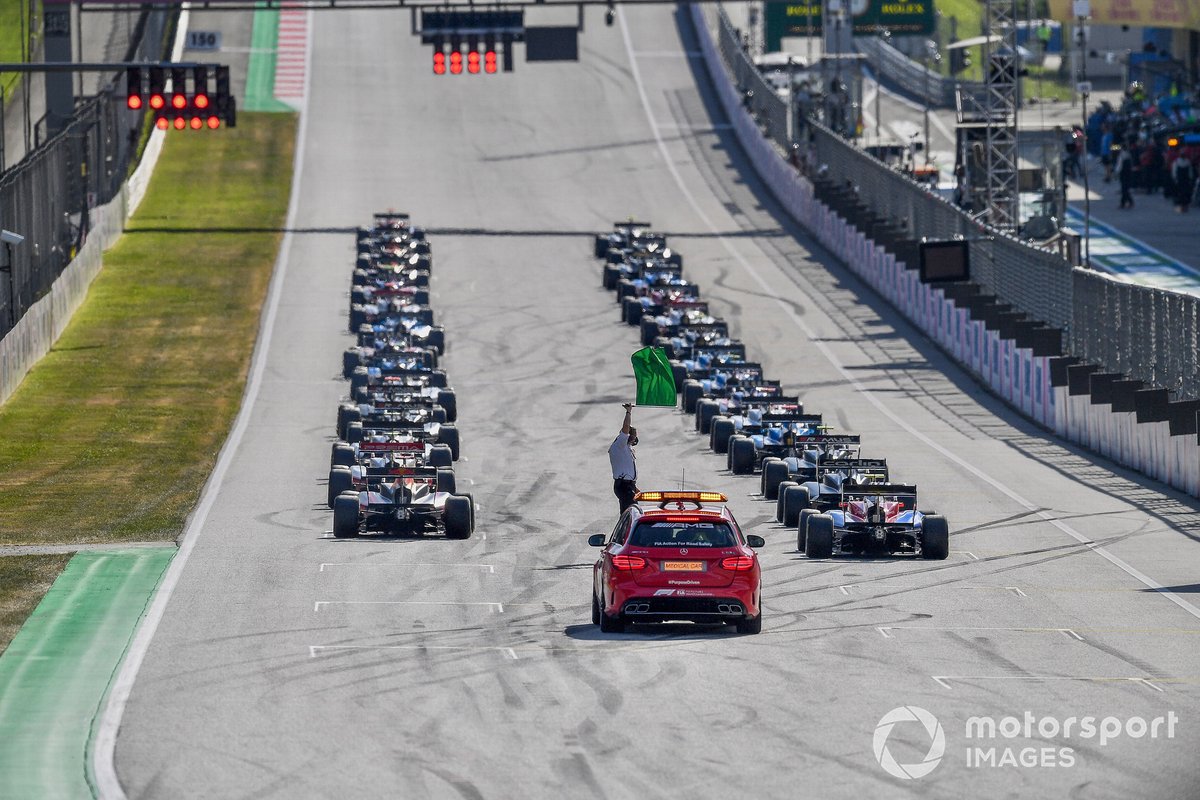 "If we look objectively at the situation, I would say that number one there is too much time in between events and that is something that we understand and the feedback from fans it is quite obvious," said Michel when outlining the negatives of the system under evaluation.

"It is more difficult to get involved into a championship when you have one month and even two months between events. When we went to Silverstone, everybody forgot about Baku - that is the problem. That is something that we really carefully need to look at because we don't want to lose fans because of that.

"One thing people have been saying is they would like to have F3 and F2 together with F1 on the same weekend. It is good, but it doesn't allow us to support F1 as much as we would like to, as we cannot do too many races.

"The last thing, and for F3 it is okay, but for F2 a three-race weekend is very heavy work for the teams."

However, Michel was quick to outline the benefits of the new system, which has seen Formula 3 increase its visibility now it has a larger platform at F1 events, while fewer events has saved the teams money.

"We have decreased the costs for the teams for sure because we have less events, so that is quite simple," he said.

"The logistic costs are becoming less, but it doesn't mean all the costs are decreased because all the teams have to support heavy costs for the protocols around the pandemic.

"We have increased the number of F1 events where we can support the race through F2 and F3, now that the two are separated.

"Definitely we have massively increased the visibility of Formula 3 with F3 being the only support race with F1 at some events. It is a massive difference.

"We have increased the figures for Formula 2 generally speaking, the TV, social media, so all this is very important.

"The sporting objective that we had are altogether being met, which means we have exciting races. We have mid-grid drivers that can have interesting results on Saturday and that is something very important for our category.

"We have the feature race on Sunday which I have wanted for quite a long time and I think it is strong positioning, so it's been working."