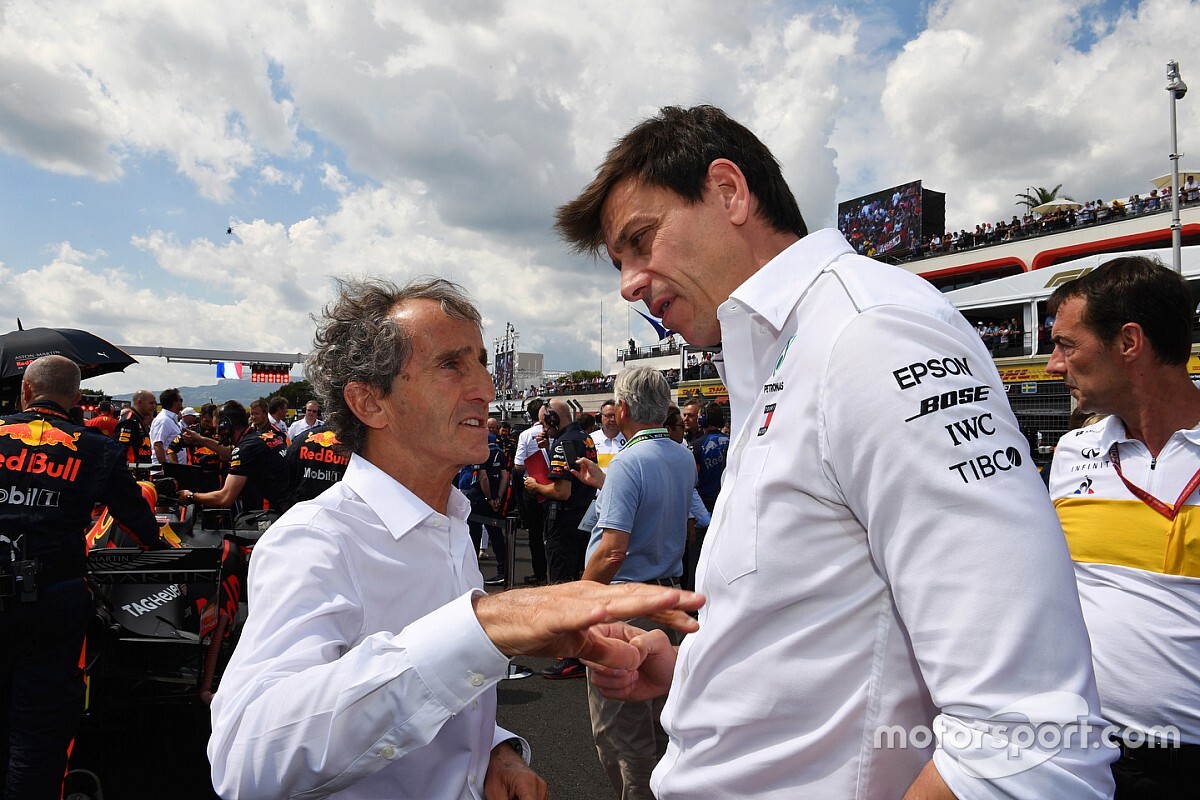 Toto Wolff has revealed he asked Alain Prost about his rivalry with Ayrton Senna in a bid to avoid similar issues with his Formula 1 drivers at Mercedes.

Since Wolff took the reins at Mercedes in 2013, the team has established itself as one of the most dominant forces in F1 history, placing a strong emphasis on company culture and looking after its people.

It has always given its drivers equal treatment and sought to avoid any conflict, with Hamilton’s existing partnership with Valtteri Bottas proving incredibly civil.

Wolff revealed that he spoke to four-time world champion Prost soon after taking over at Mercedes, asking what caused such issues with Senna during their rivalry at McLaren in the late 1980s.

“We have always been very transparent with each other,” Wolff said.

“At the beginning of my stint with Mercedes, I remember a discussion with Alain Prost. I said to him, ‘what went wrong between you and Senna?’

“He said that sometimes, we didn’t know whether we had the support of the team or not. There was always politics involved.

“Now I don’t know if that is true because I was not part of that, and certainly they had a great era.

“Transparency, being honest with each other, blaming the problem and not the person, and empowering are the values that are of utmost importance to us.

“That’s why it’s a good place, a fun place, but it’s also a pushing place.”

Prost and Senna spent two tumultuous seasons together as teammates at McLaren in 1988 and 1989, ending in a crash that decided the world championship at Suzuka in Prost’s favour.

Prost quit McLaren to join Ferrari, where he again fought Senna for the title in 1990 and a repeat incident occurred at Suzuka with a crash to settle the championship, with Senna prevailing.

Mercedes has not experienced any on-track issues between its drivers since Nico Rosberg’s exit at the end of the 2016 season.

The German driver retired from F1 just days after beating Hamilton to the world championship, with the relationship between the pair having deteriorated through their final year as teammates.

Kvyat vows to "keep pushing" despite worries on F1 future