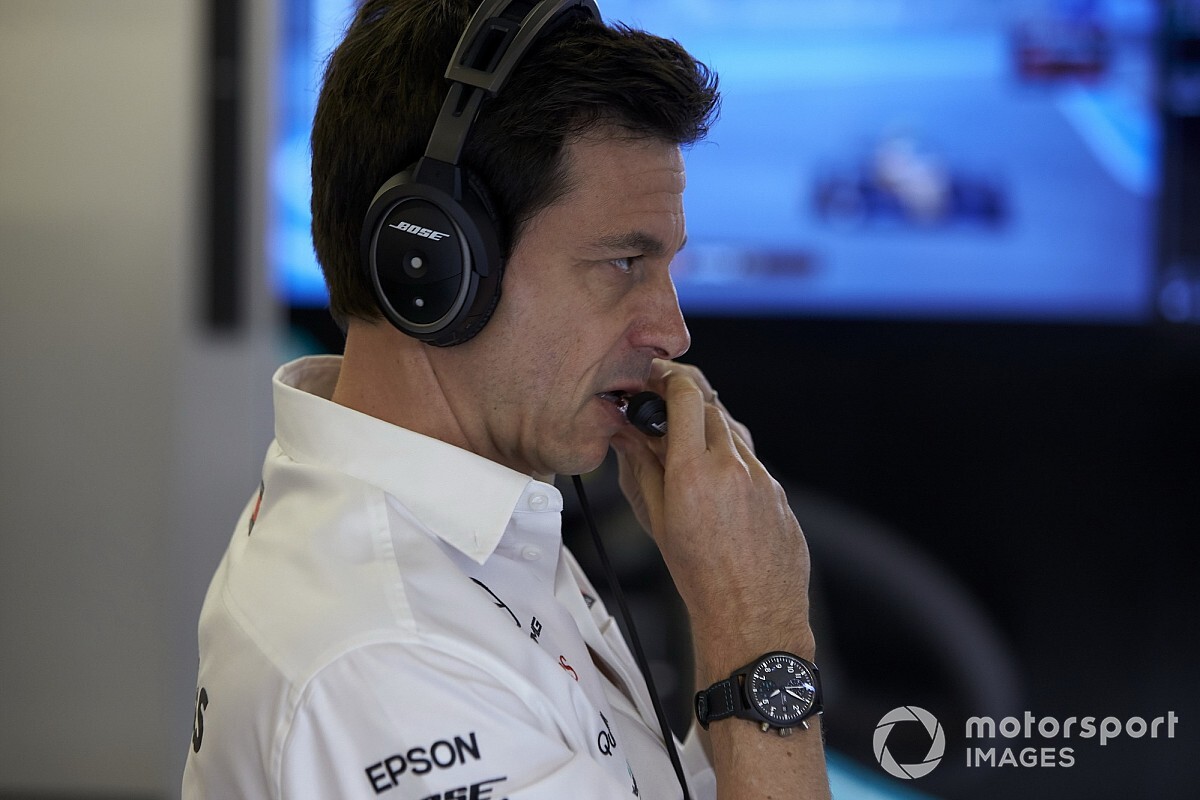 Mercedes Formula 1 team principal Toto Wolff has laughed off rumours of a rift with Daimler chief Ola Kallenius, as he reiterated his intention to remain at the world champion outfit.

Speaking to selected media in a video conference, Wolff opened up about his future thoughts in the wake of long-running speculation about what he will do when his current contract expires at the end of this year.

And while Wolff admits his mind is not made up yet about exactly what role he will take at Mercedes, he is adamant that media reports suggesting his relationship with Daimler CEO Kallenius is strained are wide of the mark.

Asked about how his relationship with Kallenius compares to predecessor Dieter Zetsche, Wolff said: “[They are] two very different personalities, but with both of whom I have an excellent working relationship, and more than that, actually a friendship.

“With Ola, I had quite a laugh when these rumours came up then that there was some dysfunctionality in our relationship. We are on the phone many times every single week, and he's very involved.

“He's a very good sparring partner for myself that I wouldn't [want to] miss, in the same way Dieter was.”

Wolff believes that media reports doubting that he would stay on at Mercedes were fuelled by the private investment he made in Aston Martin earlier this year.

“I have bought a few shares in Aston Martin as a financial investment,” he said. “I believe in the brand. I think that the strategy that is being deployed makes sense.

“Tobias Moers, the new MD, is a guy that I've known since a long time. And I believe that he can turn around this business.

“There's a very strong group of shareholders that are backing Aston Martin today that will not let it down. And therefore I've decided to be part of that group.

“My executive functions are unchanged. I'm at Mercedes, I'm the team principal and I am a shareholder. And it's clear that when there is no other headlines out there, that the Aston Martin thing caused some waves.

“But I'm planning with Mercedes. I have the best intention to stay here. And that is unchanged.”

One option could be for Wolff to maintain his executive role but take a step back from some of the team principal responsibilities, so he would no longer have to attend every race.

He could use someone like technical director James Allison to stand in for him, as has happened in a number of team principal meetings this year.

Wolff said he had no qualms about building up staff around him ready to replace him at the right moment, as he said he needed to weigh up exactly what he does after this year.

“Something I’m really proud of in our team is that we have always transitioned senior members of the team into different roles,” he said. “We have brought up talent and the same applies to me.

“Nevertheless I need to question myself. I don’t want to be a team principal that goes from great to good without realising that he’s maybe not adding as much any more to the team as he did in the beginning.

“I still feel that I can add a lot, but of course I’m contemplating about my future. I’m in discussion with Ola about how that goes.

“It is not a simple employment contract, but it involves a shareholding. But we’re in the midst of the process in carving our joint future, and therefore I don’t want to stick to some particular wording, whether that’s team principal or managing director.

“And to be honest with you I haven’t taken any decision yet, because we haven’t even started racing. So all these agreements and discussions are happening as we speak.”