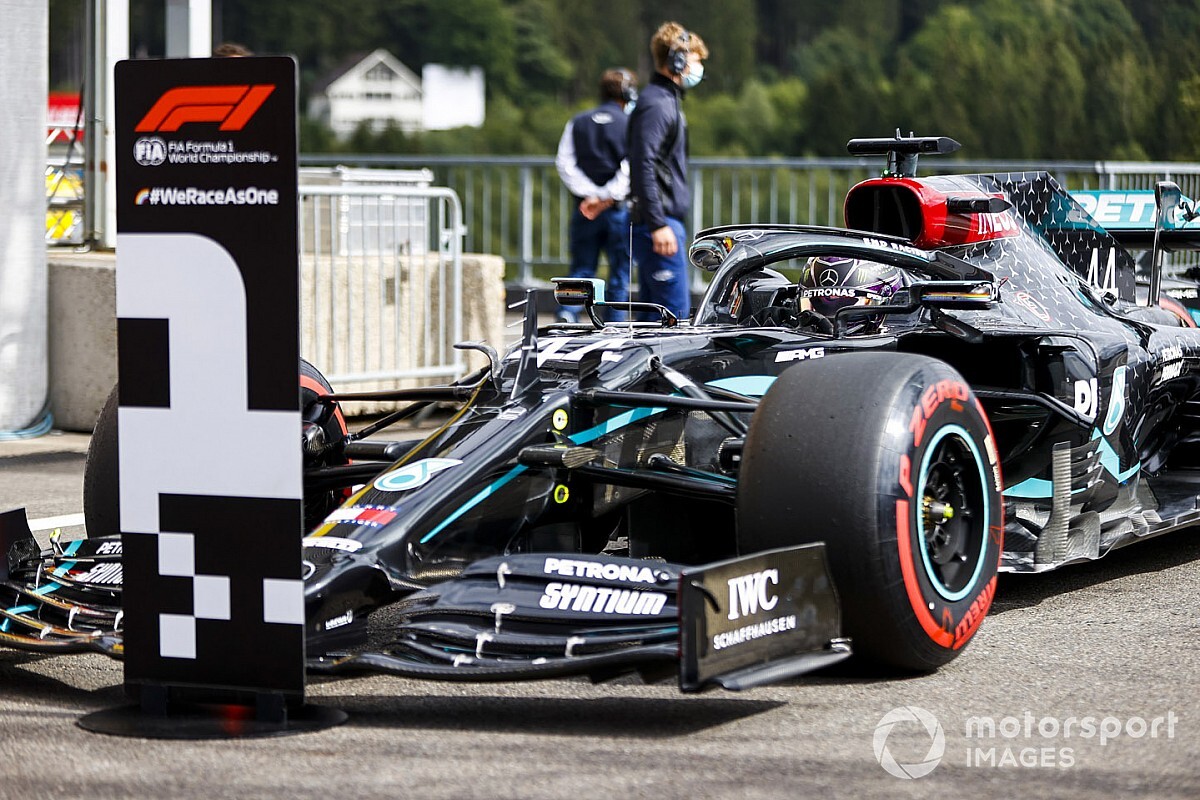 Toto Wolff called Lewis Hamilton's performance in Formula 1 qualifying for the Belgian Grand Prix "extra-terrestrial" after the Mercedes driver took pole position by over half a second.

Hamilton charged to the 93rd pole position of his F1 career after dominating all three stages of qualifying at the Circuit de Spa-Francorchamps, beating teammate Valtteri Bottas by 0.511 seconds in Q3.

It continued Hamilton's impressive form at the start of the 2020 season, with the six-time world champion already enjoying a 37-point lead over Red Bull's Max Verstappen at the top of the drivers' championship.

Bottas is a further six points behind in the standings, but Mercedes team boss Wolff did not feel there has been a psychological shift that explained the gap between his two drivers.

"No, I don't think it has any psychological reason for the gap today," Wolff said.

"Valtteri struggled with the set-up, particularly in Q3. You can see that on the data, there is just a little bit more sliding exiting the corners, and that obviously adds up.

"That makes a difference, but I don't want to downplay or diminish anything of Lewis's performance, which was extra-terrestrial today, again.

"On these fast, traditional circuits, he's just in a league of his own."

Hamilton said after qualifying that he had struggled to regain focus on Saturday after learning of the death of black actor Chadwick Boseman earlier in the day.

Hamilton dedicated his charge to pole position to Boseman, and made the 'Wakanda Forever' salute made famous in the Black Panther film upon getting out of the car.

Wolff felt that much of the adversity and challenges Hamilton had faced through 2020 to date had only spurred him on to channel his energy into his on-track performances.

"Like many other high performance people, we function well on adversity, and why I can relate to it is [because] we have discussed it," Wolff said.

"We're all a little bit similar. The more that's being thrown at you, the better you get.

"We definitely see that with Lewis this season, with all the craziness that happens in the world, and all these tragedies.

"He has certainly been driven by these circumstances to provide his answers to what's happening in the world."