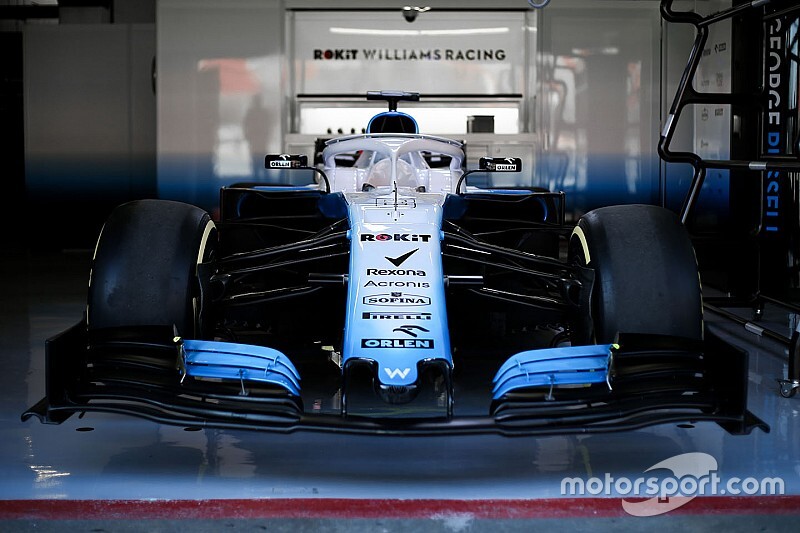 Williams says confidence about its 2020 Formula 1 car being ready for the start of pre-season testing has been lifted by a smooth run through all its crash tests – compared to the drama of its multiple failures 12 months ago.

The Grove-based outfit had a troubled start to last season when its new car famously failed to make the start of testing, and then proved slow when it did finally emerge.

But following an overhaul of its structure and processes during 2019, the team feels it is hitting the ‘tough targets’ it has set itself for its 2020 design, and says all the indications are it will not be late for testing this year.

Speaking in Tel Aviv on Wednesday during an event to announce Roy Nissany as its test driver, deputy team principal Claire Williams said she was optimistic about the state the team was in.

“We set ourselves some really tough targets over the winter, around aero in particular, about finding performance, and then on some mechanical issues as well,” she said about preparations for the next season. “And these have been going well.

“Obviously the key target now is getting the car to that test on time – and at the lights when they go green, if not before. And I have absolute confidence that that will happen.”

One of the key differences in the situation this year is the way that Williams has run through its crash test programme.

“We've built ourselves a huge amount of contingency time to ensure that if something does go wrong, we're okay and we've got some cover there,” Williams added.

“One of the first signs of success for us is that we passed all our crash tests, and most of which we did at the first attempt rather than like last year where we failed many of them: even at the sixth attempt.

“That [failing] obviously puts even more pressure into the system because then you're having to deal with a crash test rather than worrying about getting the car out. So that's been a good milestone for us over the winter.”

But despite the confidence about the work the team has done over the winter, Williams did not wish to make any firm predictions about its chances for the campaign ahead.

“Everyone knows how much work we put in behind the scenes and it's still for me a point of frustration that we are not able to invite everyone in and show everyone the transformation that is taking place to Williams,” she added.

“But what I've always said is it is going to be a journey. We started it last year and we started seeing the grass shoots, if you like, in the latter half of the year when we were closing the gap steadily but there's only so much you can do in the course of a season anyway.

“Looking into the season, knowing what we've managed to achieve over the winter and the car that we're going to be bringing, clearly that is all based on aero numbers and correlation. But it's never 100% in F1 to the track, so we're going to have to wait and see until we get to February testing where we are.

“But we've got to make progress. I believe that we will, but to the level of which we can't define yet, because we don't know what our competitors are doing.”