Having been caught out by a combination of cold tyres and a gust of wind, the rear end of his Red Bull got away from him and he drifted wide.

The Dutchman was fortunate to only lose a single position to Lewis Hamilton as he cut back across the inside of Turn 2 and rejoined in front of Valtteri Bottas.

However, in getting back on the track that way, Verstappen appeared to have breached track limits protocols which demanded that any driver that missed the apex of Turn 2 had to take a diversion via some blocks up the escape road. It was something that Lando Norris did on lap two after he ran wide as he battled McLaren teammate Daniel Ricciardo.

In event notes sent to teams by F1 race director Michael Masi, he was clear about the procedures that drivers needed to follow.

Verstappen, of course, didn't do that and he came back on to the circuit after the two yellow bollards instead.

So, in a season where Verstappen has been punished several times for track limit abuses, why was this one deemed okay? 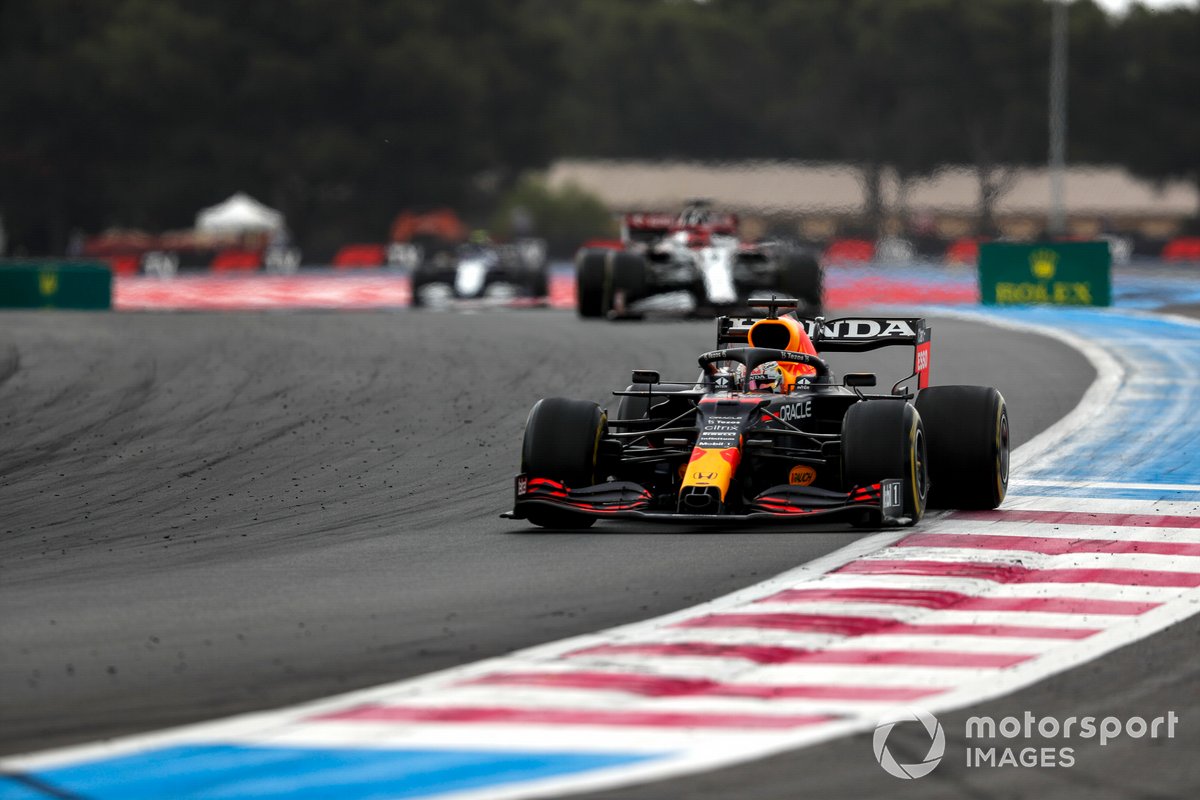 According to Masi, the reason was that the angle of where Verstappen went off meant it would have been pretty tricky for him to have got himself around the blocks in the run-off area. Furthermore, having slowed down as he ran off and, having lost a position to Hamilton, it was deemed that he did not gain a lasting advantage.

"[Incidents] are looked at individually on their merits," said Masi. "Based on where Max went off, and I think we saw Max go off in that area the other day, it was quite clear that it would have been physically impossible to get to that point and manoeuvre around depending on the trajectory of which you are arriving at towards those blocks.

"Obviously they are put there as what has been historically the most common trajectory of going off at Turn 1 and rejoining.

"It [Verstappen's off track moment] was looked at and deemed that it was quite clear that Max slowed and lost a position and rejoined in safe manner. Therefore no further action was necessary."

Masi is clear that when drivers do run off track and appear not to follow protocol that is laid down in the track limit notes, then it is not always an automatic penalty.

The FIA takes into account the circumstance of each incident, and how the driver rejoins. Furthermore, as long as no lasting advantage is gained, then a running wide moment simply uses up one of three strikes drivers are allowed.

That is why when Valtteri Bottas made a mistake at Turn 4 later in the race and rejoined without going around the bollard at Turn 5, it was ruled to be okay.

Masi added: "It was deemed that where Valtteri actually did go off at the apex of Turn 4, he actually probably did the safest thing in those circumstances. He lost a significant amount of time and rejoined in a safe manner, so therefore it was deemed that no further action was necessary.

"However, it was counted as one of his three strikes towards a black and white flag which obviously you don't see on a screen anywhere. It was his only one during the race."