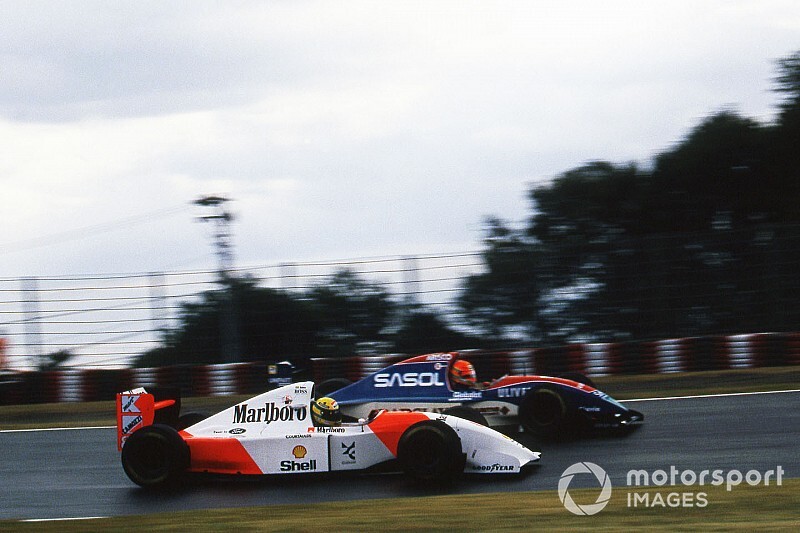 Formula 1's most famous post-race scuffle between drivers took place at Suzuka in 1993, when F1 debutant Eddie Irvine enraged Ayrton Senna by unlapping himself. Here is the story from right in the middle of the post-race brawl that made headlines all over the world.

Ayrton Senna put in a sublime drive to win a rain-affected 1993 Japanese GP in his penultimate start for McLaren. It was the Brazilian's fourth victory of a season otherwise dominated by the Williams FW15C, and once again he beat the odds on a day when driver skill and sheer chutzpah counted for much.

But that race at Suzuka is remembered as much for what happened afterwards, when Senna triggered a verbal jousting match with a newcomer he'd come across in the course of the race. Their debate ended with Senna launching a physical assault that landed him in hot water with the FIA.

Gasly: Hartley should have passed me on merit