Formula 1's awarding of half-points in the red-flagged Belgian Grand Prix prompted a fair deal of intrigue, with it appearing cars had not completed the minimum required two laps.

With it having long been known that F1 drivers need to finish at least two laps for half points to be handed out, the fact the Belgian GP result was classified after just one lap left some wondering if the Spa race had actually fallen short.

F1's points system in the event of a shortened race is laid out in the Sporting Regulations, where it states the distances that must be completed for points to be awarded.

Although the F1 cars had completed two full laps behind the safety car, before the red flag came out on lap three, the way the results are taken in the event of a stoppage meant they did not get over this marker in the final race classification.

In simple terms, it means that, with the red flag coming out on lap three, then the results are taken from the end of lap one. 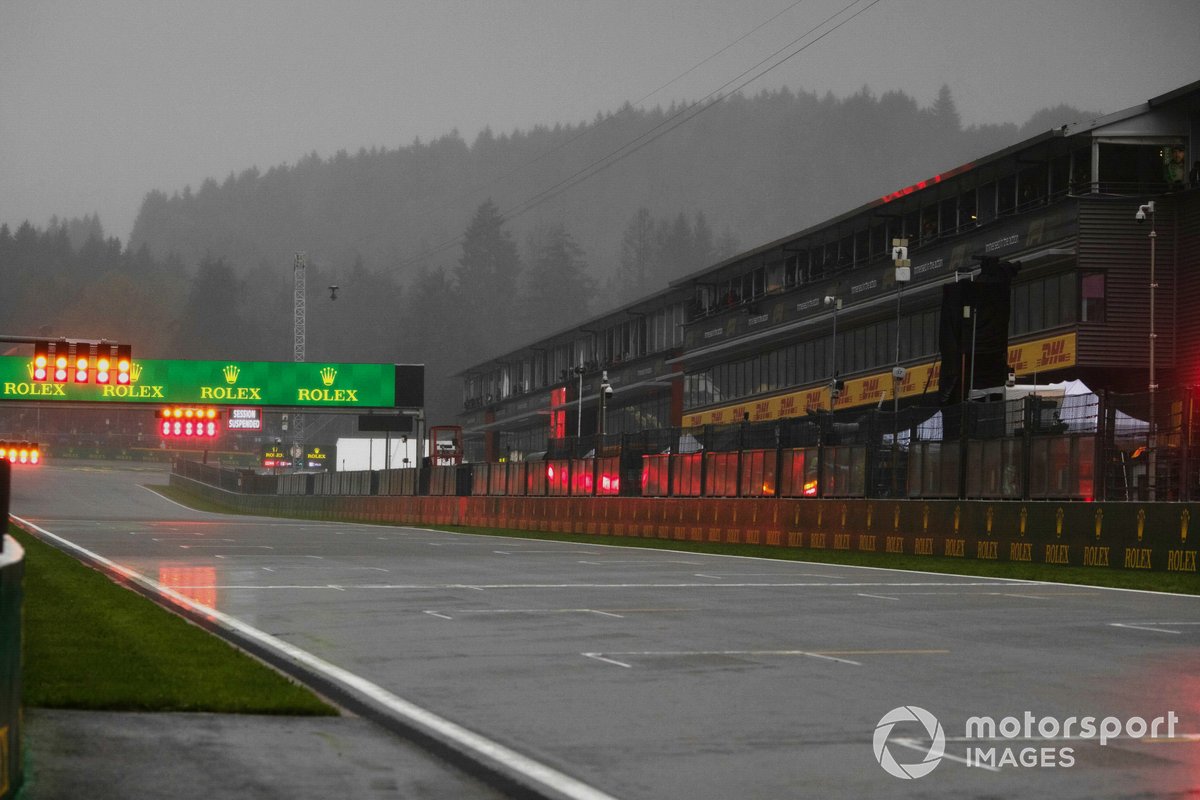 So did this get the race over the two-lap minimum? There certainly is room to interpret that it didn't, with one potential view being that the final classification does not match the need for drivers to have completed more than two laps.

However, the FIA's interpretation of Article 6.5 is not related to when the final result of the race is declared – it is simply whether or not the leader has completed more than two laps.

Verstappen, while running behind the safety car, had hence officially passed the control line that determines the lap count a total of three times.

There were the two 'racing' laps behind the safety car, plus the lap into the pits after the red flag that saw the drivers go across the control line for a third time to briefly start lap four.

F1 race director Michael Masi was clear afterwards that the rules related to red flags and those regarding awarding points are not connected.

"There's been three laps completed," he said. "The third lap was completed as the cars crossed the control line in the fast lane.

"And then the classification for points is taken on the penultimate lap before the lap the signal was given. So there's effectively two separate points.

"One is what's done to complete a race. One is what happens on the basis of championship points."