Who could replace Hamilton for the Sakhir GP?

With Formula 1 world champion Lewis Hamilton set to miss at least the Sakhir Grand Prix following his positive test for COVID-19, Mercedes has a huge call to make.

The team has always been well-prepared with reserve drivers on standby should anything happen to either Hamilton or Valtteri Bottas, but by learning of this news so early in the week, it has more time to consider the decision.

Mercedes said on Tuesday morning that it would announce "in due course" who will be replacing Hamilton, but does have a variety of options available.

Regardless of who it picks, the opportunity to drive the fastest and one of the most dominant cars in F1 history could prove career-defining for whoever deputises for Hamilton.

Here are some potential considerations for Mercedes to step in for this weekend's Sakhir Grand Prix. 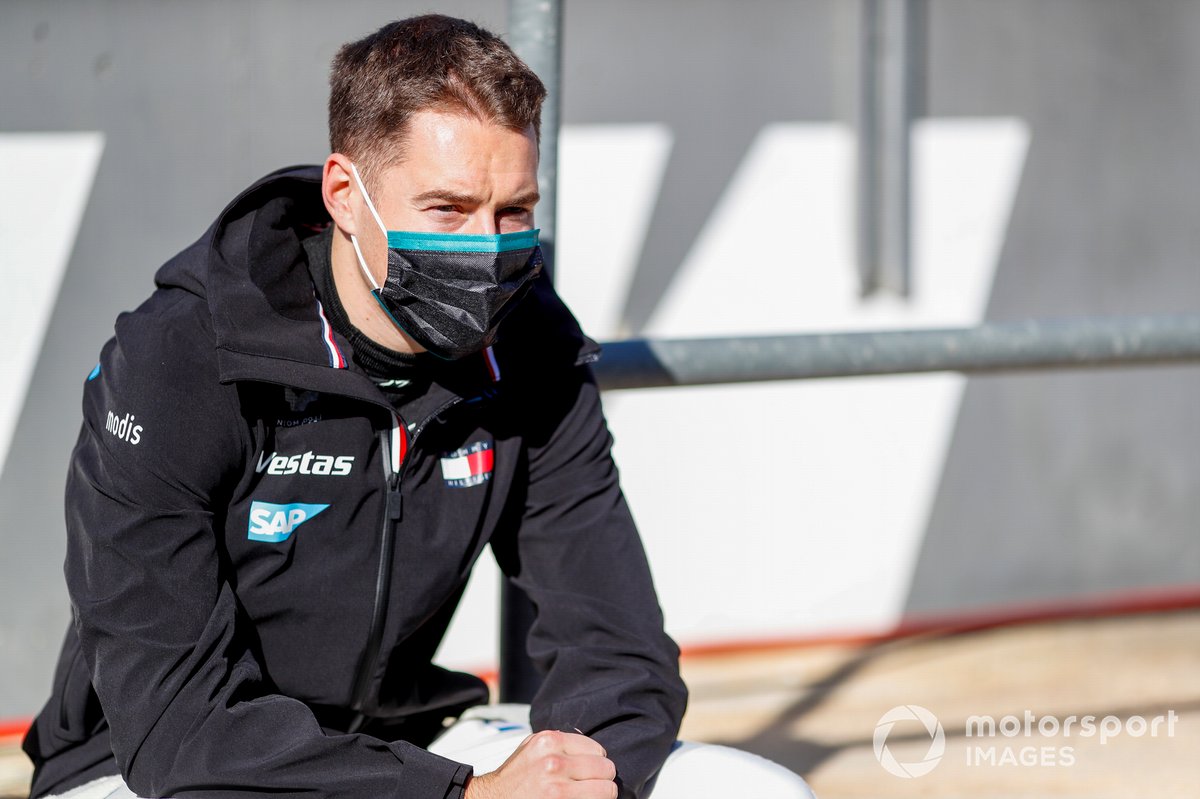 Stoffel Vandoorne is Mercedes' designated F1 reserve driver, and was always due to travel to Bahrain this weekend upon completing his Formula E test in Valencia.

Vandoorne has not made an F1 start since his final appearance for McLaren at the end of the 2018 season, but has since gained plenty of race experience as part of Mercedes' Formula E squad.

The Belgian scored Mercedes' first Formula E victory in Berlin earlier this year en route to second place in the standings, and has been an integral part of the F1 team on race weekends for the past two seasons.

Vandoorne was a consideration to step in at Racing Point earlier this year when Lance Stroll came down with COVID-19 at the Nurburgring, only for Nico Hulkenberg to get the nod instead.

Racing Point shares reserve drivers with Mercedes, who has both Vandoorne and Esteban Gutierrez in the role. But with Gutierrez lacking enough recent F1 running to have a super licence, he was not an option.

Mercedes has confirmed that Vandoorne will complete the final day of Formula E testing as planned in Valencia before travelling to Bahrain. However, as this does not waver from the original plan, it is no indication that he will be replacing Hamilton.

It would nevertheless be a remarkable opportunity for a driver who appeared to have made his final grand prix appearance, as well as giving Vandoorne a chance to better his best F1 race finish of seventh place. 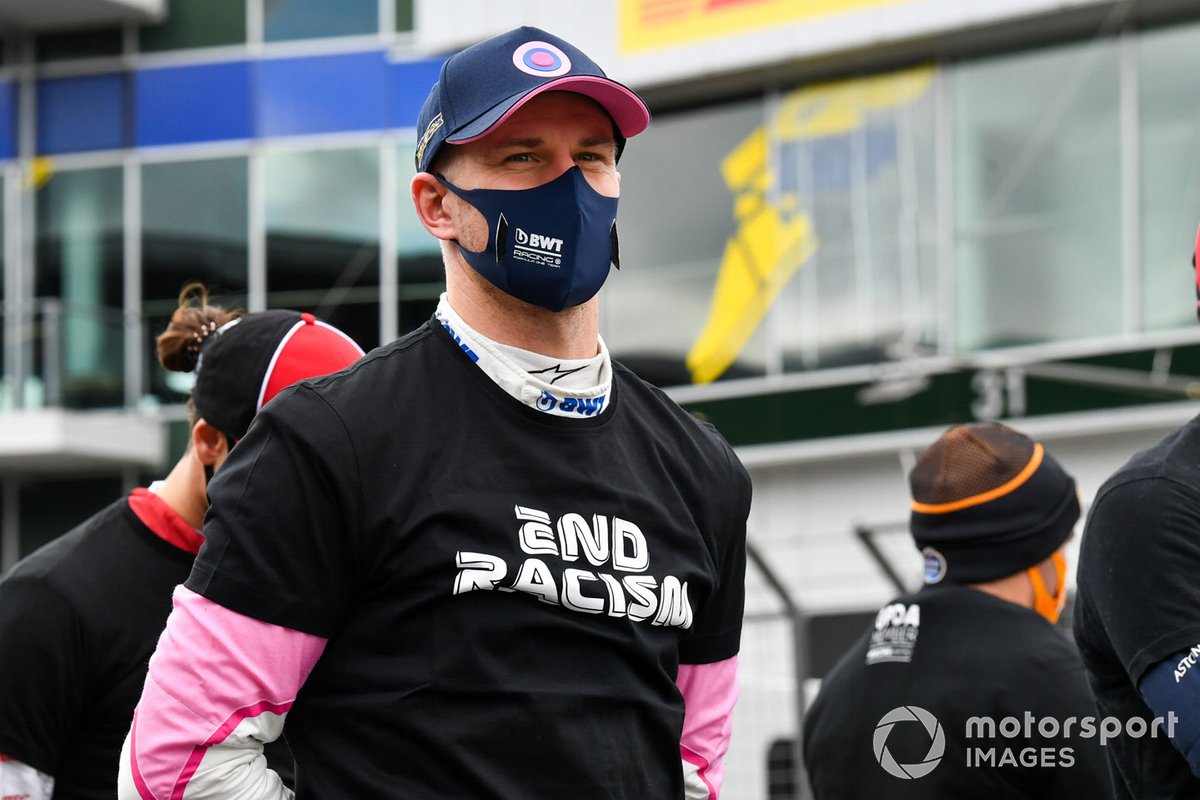 One of the more recently-experienced candidates to stand in for Hamilton is the aforementioned Hulkenberg, who could enter his fourth grand prix of the season should he get the nod.

Hulkenberg has no prior ties to Mercedes, meaning his appointment would be a step outside of the German marque's own driver pool.

But the fact he has three races worth of experience in 2020 machinery - all in the Racing Point RP20, which is based on the design of the 2019 Mercedes - may make Hulkenberg a more attractive option than Vandoorne.

Hulkenberg seized the moment in all three of his Racing Point appearances. Although he failed to take the start of the British Grand Prix due to a car issue, he was in line to finish fourth at the 70th Anniversary Grand Prix before a late puncture dropped him down the order.

Hulkenberg also picked up points despite only jumping in the car for qualifying at the Eifel Grand Prix in October, fighting from the back of the pack to finish eighth.

Mercedes had Hulkenberg on its shortlist for the 2013 season if Hamilton had opted against joining the team. Seven years later, he could yet get a shock chance with the Silver Arrows. 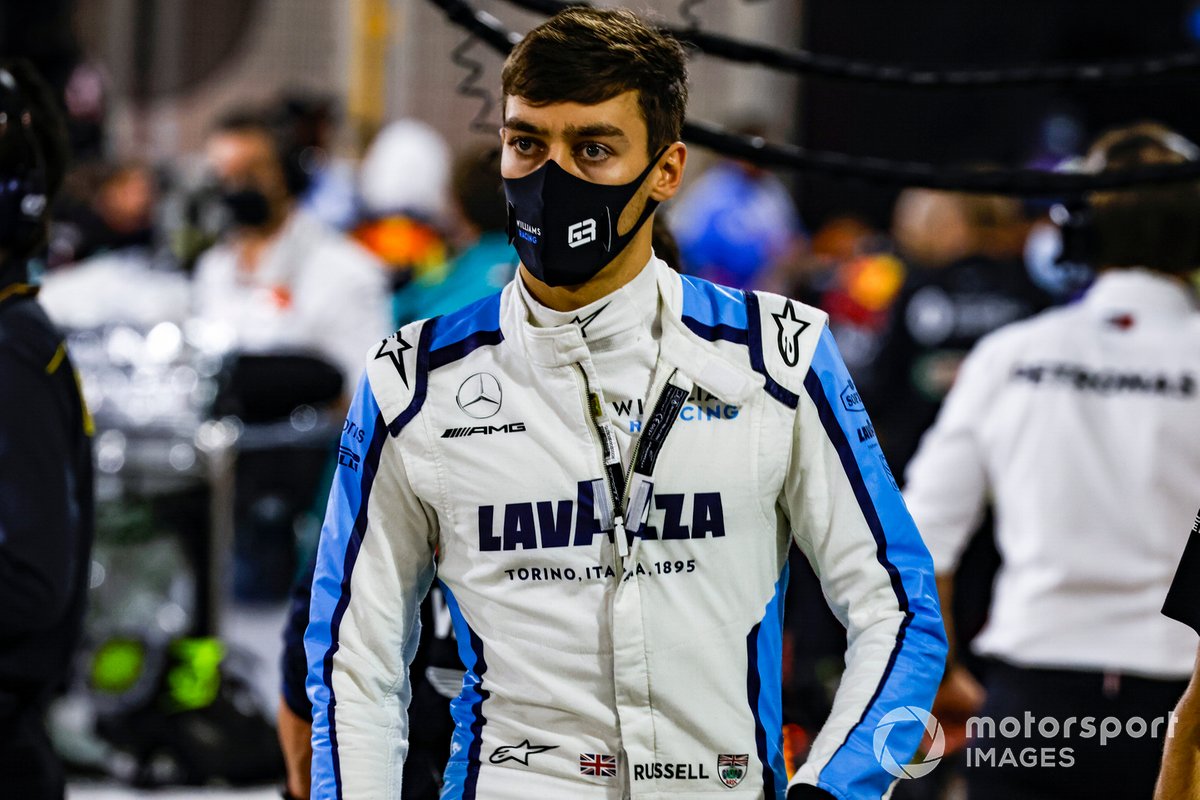 One driver who boasts even more experience in 2020 F1 machinery than Hulkenberg is Williams' George Russell, who as part of Mercedes' young driver programme is a natural candidate for the seat.

Russell has regularly starred with his performances for the backmarker Williams squad, and while he is yet to score an F1 point, he has already been hailed by Hamilton as a "potential future world champion".

Russell has been tipped to succeed Hamilton at Mercedes in the future, but is contracted at Williams until the end of next season.

It means that if Mercedes wanted to draft him in for the race weekend, it would be reliant on clauses within his contract or gain permission from Williams.

Although Renault's Esteban Ocon is also on Mercedes junior books, he is firmly contracted at the French team until the end of next year and it is understood that he cannot be recalled.

Should Russell be drafted in, then Williams would have to find its own replacement. F2 driver Jack Aitken serves as its appointed reserve. He holds a super licence, and is in Bahrain for the F2 season finale, meaning could theoretically step in.

A call-up for Russell would give him a golden opportunity to prove his credentials as a future star, and surely allow him to break his F1 points duck.

How Hamilton tried to isolate himself from COVID-19