Vettel on Ferrari failure: 'Some fights I shouldn't have picked'

Sebastian Vettel admits he has failed by not winning a Formula 1 world championship for Ferrari and says there were “fights that maybe I shouldn't have picked" behind the scenes. 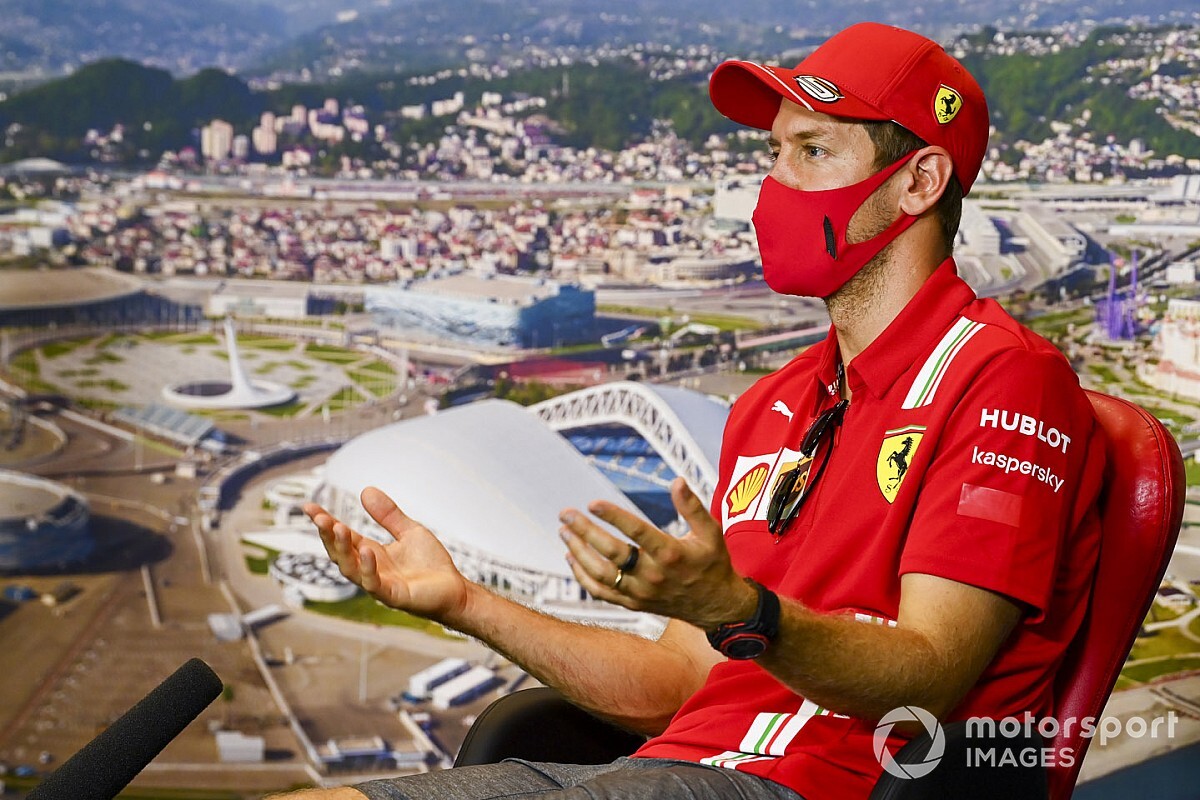 Vettel joined Ferrari in 2015 with the target of emulating his childhood hero Michael Schumacher and bring another world title to Maranello.

The four-time world champion finished runner-up in the championship in both 2017 and 2018 and scored 14 wins with Ferrari, but following a disappointing 18-month period Ferrari decided it would not renew Vettel's expiring contract after the 2020 season and bring in McLaren’s Carlos Sainz as his replacement.

Vettel, who will replace Sergio Perez at Aston Martin Racing in 2021, stated he had no regrets about his five-year spell at Ferrari, but admitted his time at the Italian team was a failure.

"It is true that I have failed because I set myself the mission or the target to win the championship with Ferrari,” Vettel said on the F1 podcast Beyond the Grid. "I have failed. I didn't manage to do that.”

The German didn’t manage to thrive in the highly political environment at Maranello and concedes he could have done some things differently behind the scenes.

"But, then again, I think everything that happened brought me to where I am now. If I'm fair and harsh then I have failed. Were there reasons? Probably yes, but I don't accept them as excuses. So, whatever happened also put me on the next step forward and next level.”

“Maybe [the fights] weren't worth fighting, but then again part of it is probably my nature. And I think I had a point as well in some of these little fights and battles. But I think ultimately that's how you mature and how you learn. I'm happy to move on.”

Vettel is looking forward to his fresh start at Aston Martin, the new identity of the current Racing Point outfit, working with what will be a much smaller team than Ferrari.

The 33-year-old said he is relishing a new challenge at a “fun project” after being convinced to join by owner Lawrence Stroll and explained there are a lot of factors that made him join the Silverstone team.

"And it sounds like a fun project, and something that ultimately I decided I want to be part of. It is very different to Ferrari, obviously Racing Point as it stands today and in the future Aston Martin will be growing.

"There will be a lot of things happening for the first time, and I think it's an incredible challenging journey for the whole team. And me joining I hope I can contribute a lot of things and do good in the car and outside the car."

Why Honda's exit will not force F1 hybrid U-turn