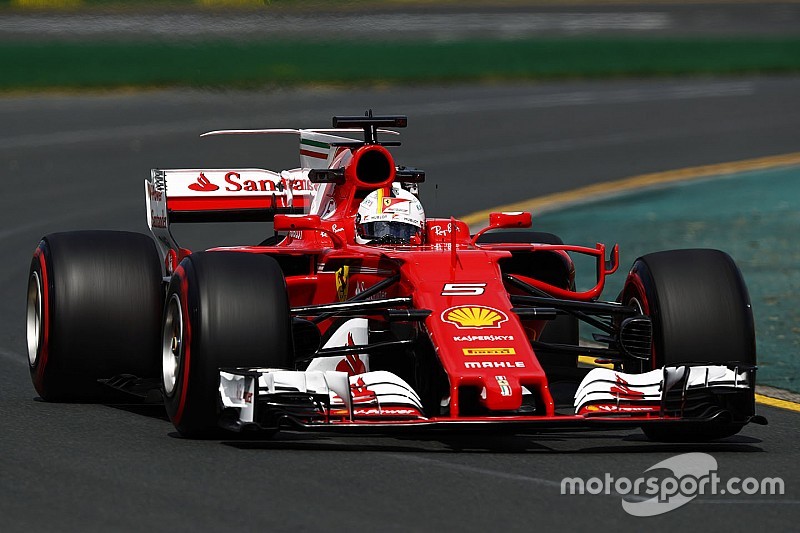 The German ended the afternoon session second fastest behind Lewis Hamilton, but was 0.547s slower despite Ferrari looking like a strong challenger to Mercedes during pre-season testing.

Vettel also said time lost to problems in the first free practice session played a part in Ferrari not getting up to speed, and insists the team will make progress on Saturday.

"The balance wasn't yet where I want it to be, so I think we can still do a decent step forward," said Vettel.

"This morning was not so good, we had some small issues that caught me out. But the team is doing well. I think we have a lot of things that we can improve.

"The balance is not so good yet, but I'm sure we can work on that overnight. We had some small troubles this morning that cost us some lap time, so it took a bit longer to get into the groove.

"The car still doesn't yet feel as good as it should and it can."

Vettel denied suggestions he had downplayed Ferrari's chances during pre-season testing and suggested there is more potential to be unlocked after a promising performance at Barcelona.

"People from outside make up their own opinion, no matter what you tell them," said Vettel.

"Obviously, we've been very happy in testing, the times looked good, but it doesn't mean anything.

"You come here and that's when it matters, we were realistic about that.

"Today was OK, the car feels good and it hasn't changed much, it was only two weeks ago that we got out of the car. We can still improve."

Ferrari teammate Kimi Raikkonen said Ferrari did not have a clean run on Friday and shares his teammate's confidence that there is room for improvement.

"Nothing was as clean as we wanted and we have things to improve," said Raikkonen.

"We have to look at the big picture, this is the first day and everybody will go for tomorrow.

"It's hard to say from today where we're going to be against Mercedes, but we have to improve in a few areas and then we will see."

Hamilton "in a league of his own" right now - Wolff