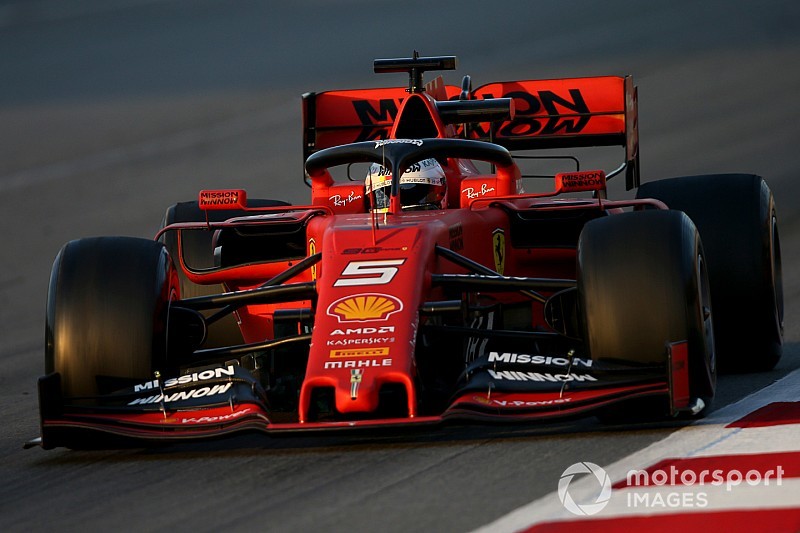 Sebastian Vettel says the wider, simpler front wings that have been introduced for this season look “really ugly” and thinks Formula 1 has not learned from past mistakes.

F1 has reduced the complexity of the front wing this series as part of a number of aerodynamic changes designed to make it easier for cars to follow.

Vettel said he does not like the fact F1 has returned to front wings that are the full width of the car.

“The front wing looks really ugly,” said Vettel. “I don't understand why it is so wide. I think years ago we went back [to skinnier wings] because we said it's actually bad for racing.

“Now we went back to wide. Maybe we forgot to take notes. If you look at the rest of the car, it's beautiful. The front wing for all the teams looks a bit weird.”

Vettel topped the opening day of pre-season testing at Barcelona on Monday with a 1m18.161s, two seconds faster than the best time from the same day last year.

This pace improvement, with a set of rules that were expected to make the cars slower because of the reduced aero performance, is partly down to the track being much faster this year.

However, Vettel also reported that the handling of the car is not too ill-affected.

“It drives better than it looks, to be honest,” he said. “You don't feel a big difference. The question is how much you lost compared to last year.

“We are still catching up but it looks pretty good at this point.”

This week’s test at Barcelona is the first opportunity to get feedback from drivers on how the cars interact with one another on-track with the new front wings.

Vettel’s former Ferrari teammate Kimi Raikkonen said it would need more time to gain a verdict on the effectiveness of F1’s rule change.

The Alfa Romeo driver said: “I got a bit closer but never really got to the position to see if it is any different from last year,” he said.

“I am sure when we do all the testing we will end up at some point behind other cars.”

Gallery: The best photos from Day 3 of F1 testing