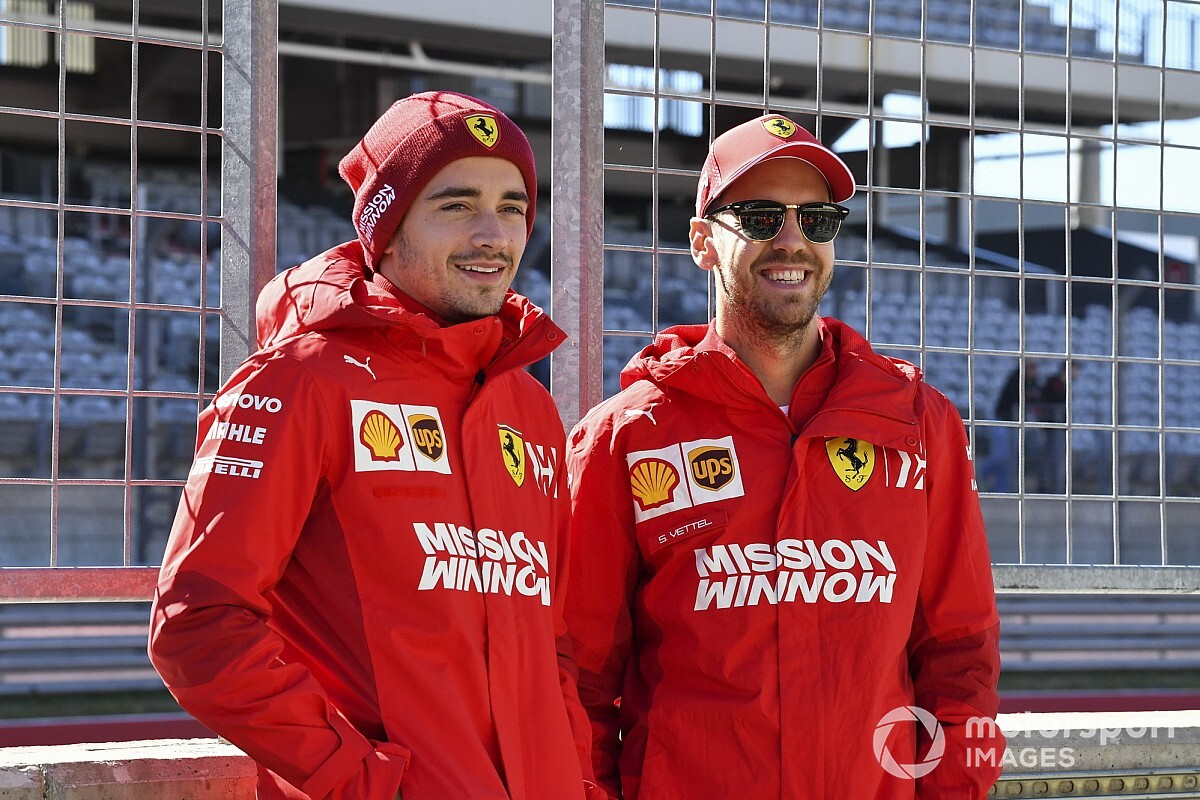 Sebastian Vettel says winning a personal points battle with Formula 1 teammate Charles Leclerc matters much less to him than how successful Ferrari is against its rivals.

On the back of Leclerc’s impressive first campaign at Maranello last year, Vettel knows he needs to deliver to his best if he is going to guarantee he secures a contract extension in to 2021.

But although there has been much made of the rivalry he has with Leclerc, the four-time champion says the only thing that is important to him is that Ferrari become the best in F1.

“It is not so important whether I have five points more or less [compared to Leclerc],” said Vettel in an exclusive interview with Motorsport.com. “The important thing is that we are heading in the right direction as a team.

“Obviously last year was a step back, because we were not as strong as the years before. There's reasons. Those we need to understand and make sure we eliminate them and make progress again.

"Then five points up or down, for sure in the moment I care, but really what all of our target is here, is to make sure that Ferrari comes back to the top.”

Vettel says the roller-coaster nature of coverage he gets in F1 from the media, who write him off one minute and then praise him the next, is much more extreme than it has been in the past.

“I'm not a finance guy at all, but you just need to follow the finance market, the stock market for a day and it goes up and down. If you take the same behaviour 15 years ago, people would panic.

F1 has “massive opportunity” to slash its budget cap – Agag