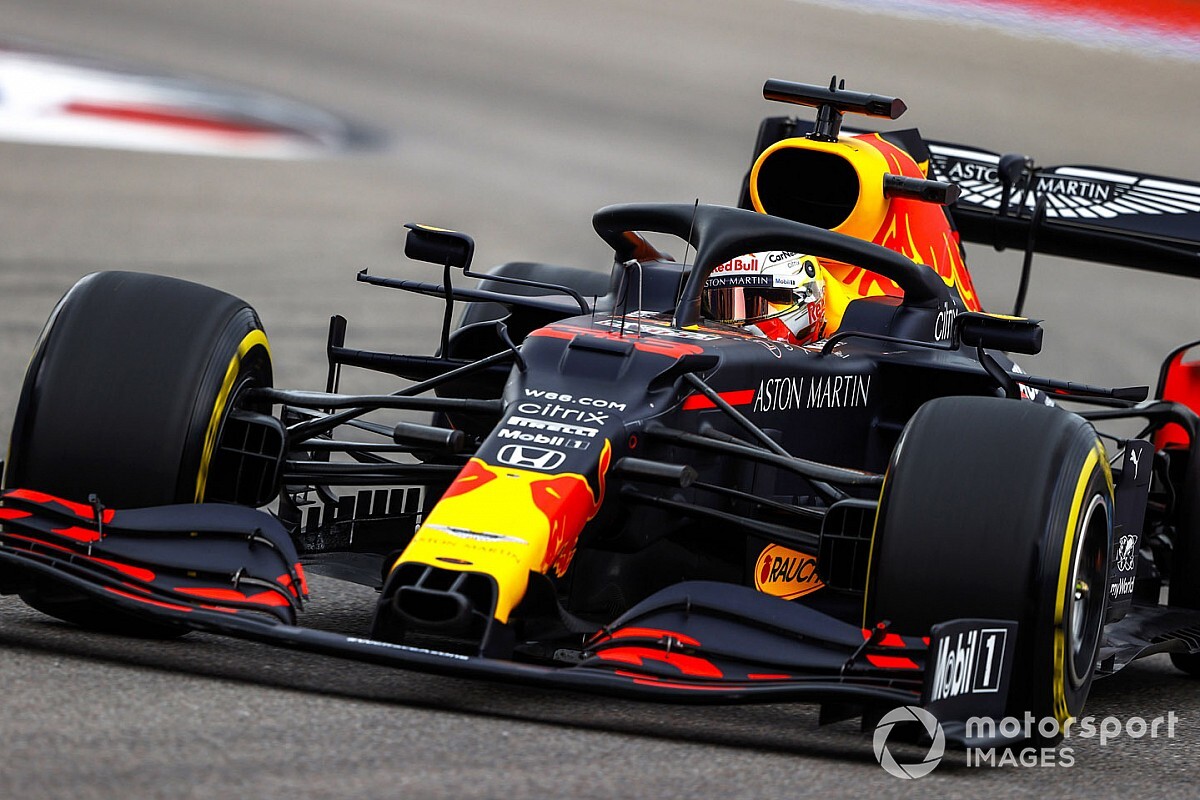 Along with third qualifier Valtteri Bottas, Verstappen was able to get through Q2 on the medium tyre, while pole man Lewis Hamilton was forced to go to the soft, and thus the two top starters will start Sunday's Russian GP different strategies.

Verstappen was potentially vulnerable after his first run on the medium in Q2, so he started a lap on the soft tyre just in case he needed to improve his time – and the team made a crucial last corner decision to tell him to abandon it in order to secure the medium for the start.

Verstappen and teammate Alex Albon were the first cars out of the pitlane when the Q2 session was restarted after Sebastian Vettel's accident forced a red flag.

"It was vital that they both got clear laps," said Horner. "So that was the most important thing for us to send them out early to get them clear traffic, and so they could do their preparation.

"And we aborted the lap with Max, which enabled him to start on the medium tyre. It was a late call, but it was the right call, and that gives him a good tyre for the start of the grand prix tomorrow. It was in Turn 18, it doesn't get any more knife-edge than that!"

In Q3 Verstappen was the last driver to head out and complete his final run, and he was able to bump Bottas from second place.

Horner noted that the Dutchman benefited from a tow from Bottas, the man he bumped from second position.

"He was pretty smart," said Horner. "He waited for Bottas to pass him on the end of his qualifying lap and then started his lap, benefiting from a good tow from Valtteri.

"And that gave him a tenth on the run down to Turn One, and then obviously he had to make it all stick for the rest of the lap. And it was an unbelievable lap, really one of the best laps he's driven this season, I would say."

Horner admitted it hasn't been an easy weekend thus far.

"It's felt very bitsy. So far, we've seen flashes of promise, but we haven't managed to put a lap together because of traffic and red flags and all kinds of incidents. But Max was more confident than anybody going into that qualifying session, and he really delivered.

"Alex did a good job to get himself into into Q3. And then unfortunately, was just at the wrong end of the group, a couple of tenths could have made life look very different for him."

Sochi will be the first time that Verstappen has started from the front row since the Styrian GP, the second race of the 2020 season.

"He's been getting closer and closer to that," said Horner. "And I think that in Spa he was pretty close.

"Obviously in Mugello, he was within a couple of tenths. And so he's done a super job today to split the Mercedes pair, and of course, starting on a different tyre to Lewis, we'll see how that strategy pans out tomorrow.

"If Lewis gets a decent start and we have a nice tow then I don't think anybody would be too upset about that. But we saw in the F2 race the pole sitter was able to lead into Turn One if you get a good start."