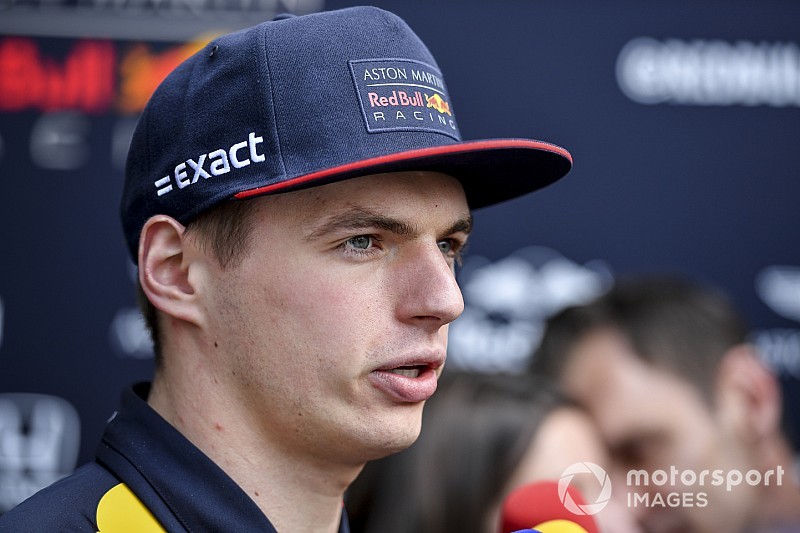 Max Verstappen says he doesn't mind taking a penalty hit later in the Formula 1 season if it means that Honda's engine performance continues to improve.

Honda has brought an upgrade to the fourth race of the season in Baku, in part as a response to an issue suffered by Toro Rosso's Daniil Kvyat in China.

Although the older spec power units are still usable, especially for Friday running, the early change means that all the Honda users are destined to take penalties well before the end of the season.

"Actually I'm really happy because they keep pushing really hard to bring updates and that's always good," he said. "I think I showed last year than even when you start in the back you can still finish on the podium, for example like in Austin, so I don't think it a major problem.

"I'm happier if we can say at the end of the season that we really closed the gap to Mercedes and Ferrari in terms of power because we used a few more engines. It's fine."

Verstappen acknowledged that the focus of the Baku upgrade is on reliability rather than outright power.

"It's mainly just about reliability and reliability of the engine, so I guess it will be a little bit better in terms of performance but like nothing massive.

"It can always be better. That's why they push for an even better engine concept. I'm happy that they did it because hopefully we can run that engine a little bit longer compared to the first one, which we can still use."

Asked about the comparison with Honda's main rivals Verstappen said that the Japanese manufacturer had closed the gap to Mercedes, but not Ferrari.

"It depends where you look at. Compared to Mercedes, yes, but compared to Ferrari it's big, but it's for everyone. It's really big. It just seems they did a really good job with something, so you just have to work harder to try to close that gap.

"I think we are closer to Mercedes, but it's always difficult to really say if it's better, because everybody is always improving. For our side at the moment is that we are able to maximise the result all the time, which has been a third and twice fourth, without retiring, so that is sometimes more important than maybe gaining a tenth but then breaking down all the time.

"I think in the race in general we are a bit more competitive so again, in qualifying it's mainly just Ferrari that stands out, like it's massive.

"Like I said before, they found something there that really works, so it's good because it gives motivation to Honda to work even harder, which they do anyway."

Verstappen's teammate Pierre Gasly is also supportive of Honda bringing in an upgrade before any of its rivals.

"I think we all have different development plans," said the Frenchman. "What we know is Honda is working really hard. I think we're all happy with the progress they are doing. We know we will get some more upgrades through the season.

"I think the team strategy the best thing to do is to change the engine now and we'll get another upgrade later in the season, but probably a different plan to the other teams."