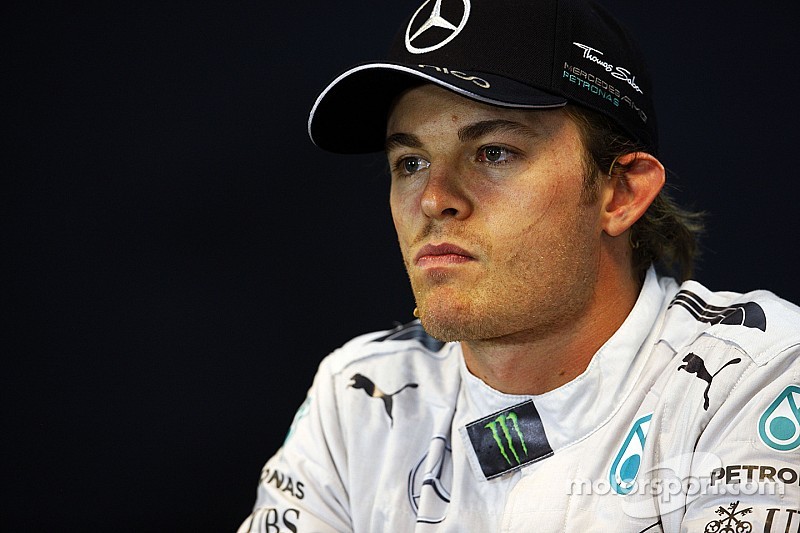 Nico Rosberg is in the middle of a firestorm right now, and don't expect it to cool down before we get to Monza.

So, where do we start? Well, we have Nico Rosberg and Lewis Hamilton. The two are bitter rivals and teammates who are battling tooth and nail for the 2014 Formula One World Championship. That's the easy part to understand.

Without going into all of their other conflicts, let's just focus on what's going on right now. To understand that, we have to go back to the Hungarian Grand Prix first.

Where it all started - Hungary

The team ordered Hamilton to let Rosberg by during this race, an order the defiant World Champion refused to comply with. If he had let his teammate by, Rosberg could have potentially challenged Ricciardo for the win later in the race.

The two then found themselves battling for the final spot on the podium with the checkered flag in sight. Hamilton pushed Rosberg wide and off the track, which allowed him to maintain the position as the championship leader was forced to settle for fourth.

Saying one thing and thinking another

Rosberg was visibly angry, mostly blaming himself and citing that his anger was a result of not being able to get the job done. It appears that what he thought and what he said were two different things however.

Three days before the Belgian Grand Prix, he told reporters that he was moving on from Hungary and that it was in the past.

As we found out Sunday afternoon, that wasn't entirely true. One interesting thing Hamilton hit on after the GP was that Rosberg told the team on Thursday before the Grand Prix that he was still upset with what went down in the Hungarian Grand Prix.

Now it's race day. Rosberg is on pole at the start, but he quickly falls to third place as Hamilton shoots out to the lead. By lap two, he was all over his teammate and harassing him for the top spot once again. As he attempted to make a move, Mercedes' biggest fear was realized.

Contact was made, pieces of a front wing went flying, and Hamilton went sliding out of control with a flat tire. I orginally looked at it as a racing deal, nothing more. The drama had only just begun though...

Following the race, a chorus of boos rained down on Rosberg and he was none to pleased. He remained tight-lipped, refusing to go into detail about the incident. During the post-race team meeting, he let it all out.

He immediately blamed Hamilton for the incident, adding that he could have avoided the contact, but didn't want to. He went on to tell Lewis, Toto Wolff, and Paddy Lowe that he allowed the contact to happen in order to 'prove a point.'

Hamilton was stunned and understandably upset, immediately blowing the whistle on his teammate after the meeting. Mercedes confirmed that the comments were accurate, but also stated that Hamilton took it out of context.

Here's where we have to really read carefully. Rosberg did not go into the Belgian Grand Prix with the intent of wrecking his teammate. This isn't Suzaka 1990, the sequel. His intentions weren't as simple as that.

What point was he trying to prove?

Or perhaps he just wanted to send the message that you will not take this World Championship from me, and that I'll do absolutely anything to keep it from you.

Regardless of his precise reasoning, the bottom line is that he did it because he felt wronged by Hamilton and wanted retribution.

What should/will be done?

The question everyone is now asking, should and will any action be taken against Rosberg? To quote Hamilton, "It reminds me of when I was at school, the teachers will say something but they won't do anything."

In my personal opinion, I think Mercedes should undo what's been done by forcing Rosberg to sit out a Grand Prix, but that will obviously never happen and if I were in their position, I wouldn't do anything like that either. It's bad business from their seat.

As for the FIA, I mean, he kind of admitted that the contact was intentional, so perhaps a grid penalty for Monza is in order? Again though, I doubt the FIA will take any action against Rosberg.

So what is going to happen then? Will he even be punished? If any major punishment befalls Rosberg, I predict that it will come from his own teammate. The drivers will settle this amongst themselves and it could very well turn ugly.

Where do we go from here?

This team rivalry has been steadily escalating throughout the season, and it remains to be seen if it reaches the anticipated level of implosion before a World Champion is crowned.

All I know is that if they continue down this path, they are going to throw their spectacular season out the window and maybe even lose the title to that superstar over at Red Bull....and no, I'm not talking about Sebastian Vettel.

This deal could go in a countless number of directions honestly. Some have happy endings, others have very bad conclusions. Rosberg didn't open Pandora's box here, he busted it open with a crowbar and there's no closing it now. This rivalry has been taken to a whole other level.

Seven races, seven chances for it to all go wrong.

Nico Rosberg: "I've been told what Lewis said. My view is very different."