Main Photos Illustrations
Previous / Could Ricciardo have beaten Vettel, did Rosberg miss a podium? And other tales from Singapore Next / Red Bull warns of impact of F1 exit
Formula 1 / Singapore GP Analysis

Ferrari introduced a new concept for its car in Singapore, and Sebastian Vettel went on to dominate the weekend. Giorgio Piola looks at a tweak that could transform the championship battle.

Sebastian Vettel's domination of the Singapore Grand Prix was text book stuff, and the manner of his latest Formula 1 win was so typical of the style we got used to when he was at Red Bull.

Cleanly away from pole position at the start, Vettel nailed the opening laps to build himself a cushion that he could then manage.

After the first safety car, he had a more conservative approach to look after his tyres early on, but when he decided it was time to push he swiftly pulled well clear.

What both those breakaways show – plus his margin in qualifying – is that Vettel has supreme confidence in his Ferrari. He is able to take it right to the edge and know that it is going to do what he wants it to. 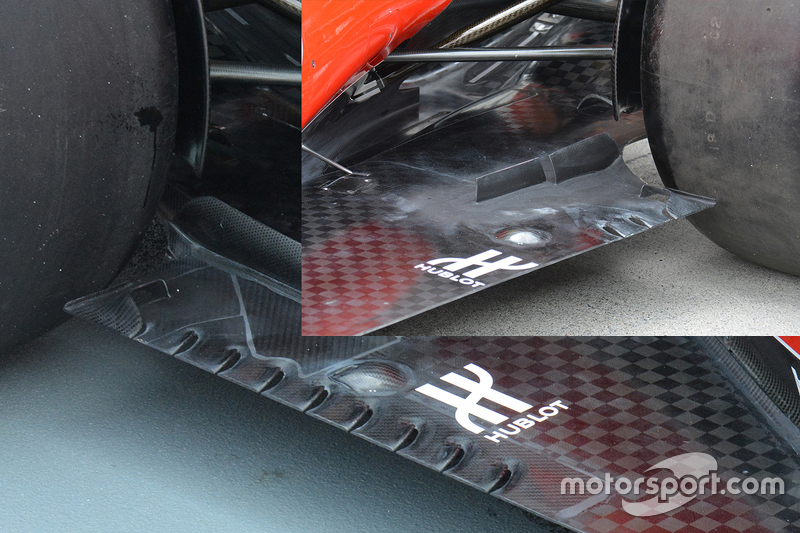 It has long been known that Vettel likes to have a strong rear end performance from his car, for he was the master of the blown diffuser era when exhaust gases were helping power the diffuser.

So interestingly at Singapore, Ferrari introduced a pretty radical floor concept that would have been aimed at ensuring the diffuser was performing to its maximum.

In front of the rear wheels, the usual three-slot set-up that the team has been using all season was replaced with a series of nine slots.

It is the first time any team has gone as far as this, and is clear evidence that the team is willing to try new things in the quest for performance.

The aim of these slots is to direct air to the area just inside the rear tyre and offset the phenomenon known as 'tyre squirt' – whereby air spills off the revolving wheel and upsets the airflow (and performance) of the diffuser. 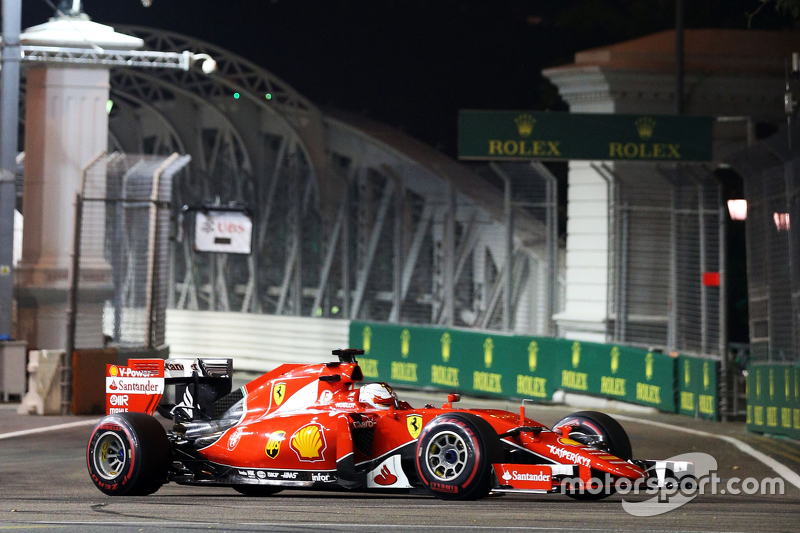 More confidence that the diffuser is not going to stall also appears to have allowed Ferrari to run more rake, and therefore crucially get the T-tray and front wing as close to the ground as possible for more aerodynamic benefit.

This was a car characteristic so common during Vettel's Red Bull glory years too. 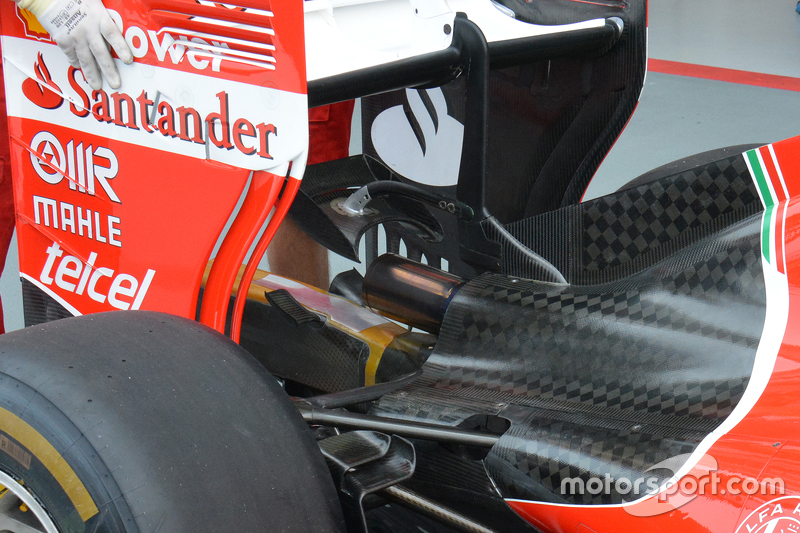 The floor was not the only update that Ferrari introduced, for there were also new fins that appeared on the rear crash structure – similar to what Mercedes has been running. 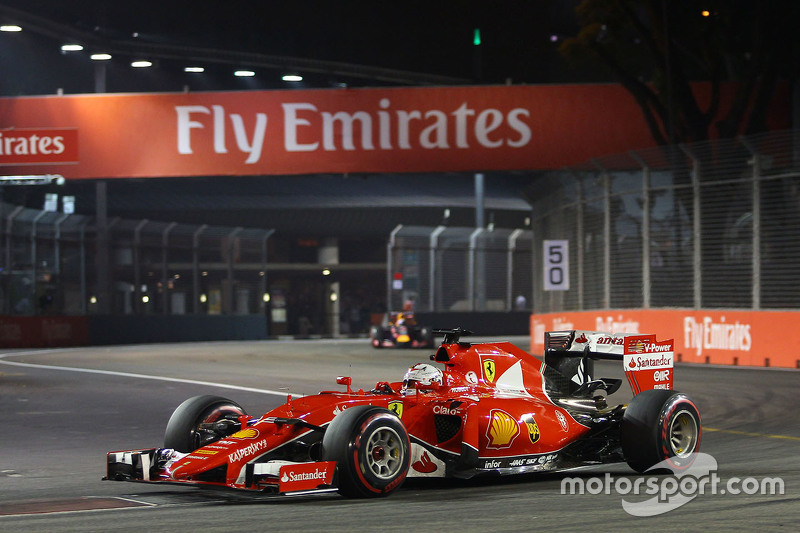 Also worth noting is that, after the two low-downforce races in Belgium and Italy, Ferrari went back to the bodywork specification it had been running prior to that.

This update, introduced at the Spanish Grand Prix, is better suited to high downforce events, and was last used when Ferrari dominated in Hungary.

While Mercedes' struggles and Ferrari's dominance may have been viewed as a one-off, it will be fascinating to see how their form stacks up in Japan this weekend.

Has the floor update transformed the handling, and Vettel's confidence in the car, to really take the challenge to the Silver Arrows?

Could Ricciardo have beaten Vettel, did Rosberg miss a podium? And other tales from Singapore