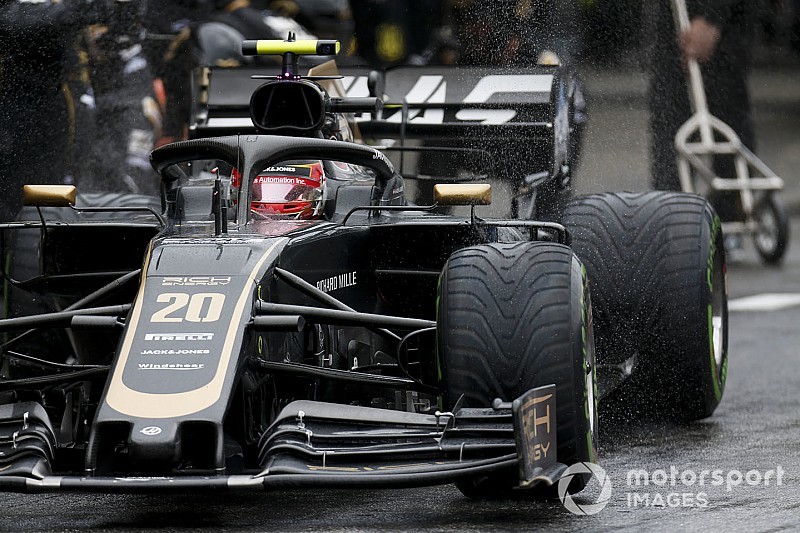 Haas boss Gunther Steiner says his team’s 2019 Formula 1 car is the "strangest" he has ever worked with in his career.

With the American-owned outfit to continue its experiments with using its Australia aero spec at this weekend’s Hungarian Grand Prix, it still appears to have no answer as to why it struggles for race pace with its VF-19.

Steiner said he and his team are ‘baffled’ about what is going on, as it still cannot get to grips with understanding why its car is so strong on a single lap but cannot repeat that form on Sundays.

“We're still to understand where we are,” said Steiner. “This is the strangest car ever I've worked with.

“I mean, you can qualify sixth - which in reality is eighth, I know that – or qualify fifth sometimes, and then in the race you just drop off to second-last. It's amazing.

“It hasn't been many times that a car like this was around. I don't remember anything like this, and therefore it's even more difficult.

“[In Germany], I think Kevin [Magnussen] without the lock-up he would've made it into Q3 [alongside Romain Grosjean] I think pretty easy. But then again, in the race, you end up being slow. I'm baffled.”

Steiner said the team was continuing to analyse the data it has got from running its cars in different specifications to see if anything obvious jumped out – but ongoing mixed messages made deciding what to do next quite difficult.

Steiner does suspect, however, that the key to unlocking its potential is understanding better how it manages its tyres.

“I think it's still the tyres,” added Steiner. “It's how the car influences the tyre. When we get the tyre to work, we are on it - and we need just to understand that one, what does make it work and what not.

"We know the window is small of the tyre, where it works, and that will not change, so we need to find out why we are popping out sometimes and sometimes not.”

Ten F1 drivers who were dumped during the season