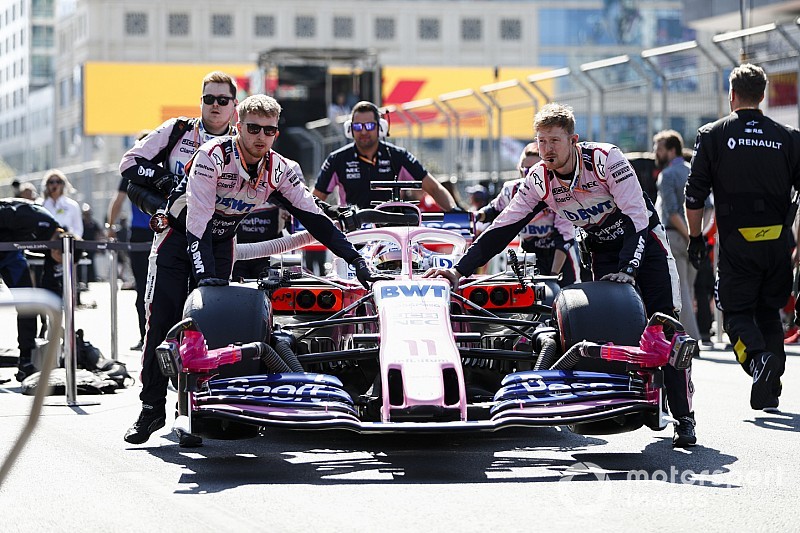 Racing Point owner Lawrence Stroll says that the Silverstone team's upgrade package in Barcelona this weekend will be a "significant step" - but he stresses that real signs of progress will be seen in 2020.

The team has been compromised thus far in 2019 because the car was designed last year while the then Force India outfit still faced a financial squeeze.

Although Stroll has been investing in the team since he took over last August, it has taken time for the extra resource to pay dividends.

The Barcelona package, which features front wing, bargeboard and suspension modifications, will be an early indication of how the team can now keep up in the development race.

Stroll admits that the early races of the season were compromised by last year's restrictions, and that in currently holding fifth place in the constructors' championship Racing Point is doing better than he had anticipated.

"Understandably the guys were focussed on the '18 car, because they didn't know what '19 held," Stroll told Motorsport.com. "They certainly didn't have excess funds to be focussing on '19, they had to make parts for '18.

"So we anticipated at the beginning that the first four races would be a little more difficult quite honestly than they have been. Our expectations were lower.

"There will be constant upgrades, we're now going to be like a normal team. When we find something that works, we will be manufacturing it as fast as we can – probably not as fast as the big guys, but as fast as we are capable of – and bringing it to the car. So Barcelona is for us a substantial step."

Stroll says that there will be no restrictions on the design of next year's car: "To be honest, the real start will be 2020. We're very shortly going to start on the 2020 car, which is a clean sheet of paper.

"This year will always have to be a bit of compromise versus the original design of the car. We're not redesigning the whole car for 2019, we're working with what we have and bringing upgrades.

"Next year is whole new car. I think it's fair to say that will be the first Racing Point design from scratch, knowing our destiny and future."

Stroll made clear that he wants the team to repeat the fourth place that it last achieved as Force India in 2017.

"There's no question that the competition relatively this year is much, much stronger than it was last year. It's a couple of tenths from seventh to 18th, it certainly wasn't like that last year or the year before.

"But our goal is to try to be fourth, that's what we're aiming and pushing for, and hopefully we'll achieve it."

Why Honda's early upgrade is good news for Red Bull