Days after their carbon-fibre crunching at Spa, Nico Rosberg and Lewis Hamilton are still exchanging barbs. 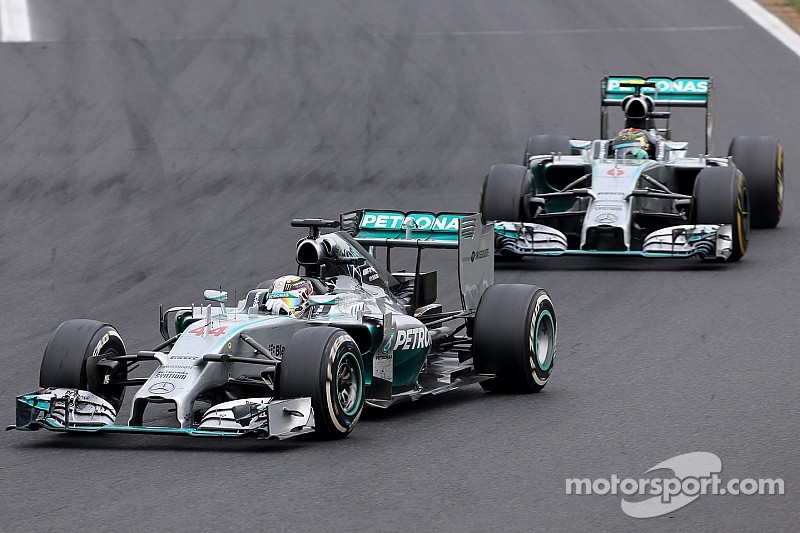 After Hamilton said Rosberg had admitted in a post-race briefing that Sunday's crash was on purpose, the championship leader had replied only that he has a "very different" tale to tell.

Now, according to Sport Bild, the 29-year-old has revealed more about what he thought of Hamilton's indiscretions.

"Very kind words from him, I think," Rosberg quipped on Tuesday, undoubtedly sarcastically. "He is a very nice guy."

Since Monaco this year it has been clear to me that Nico is doing anything to beat me.

Rosberg has said he "regrets" what happened, but "I think it was a normal racing incident. Of course, between teammates it must not happen."

Hamilton, however, has maintained his verbal assault on his former friend.

Actually, he denies the pair were ever really friends, telling Austria's Sportwoche he actually has no recollection of where he first met Rosberg.

"That's not really something you remember," said Hamilton.

"Yes, it's exaggerated," he added, referring to the perception that he was ever friends with Rosberg. "(It has always been) 'We're friends, bla bla bla'" Hamilton quipped.

Now, a world championship is at stake.

"We are not here to play," said Hamilton. "But since Monaco this year it has been clear to me that Nico is doing anything to beat me."

In contrast, Hamilton says he will not resort to similar tactics.

"Whatever the case I will always put the team first and I won't take anything into my own hands," he promised.

A fight "good for Formula One"

Elsewhere in F1, there is delight that Rosberg vs Hamilton is injecting spice into a championship battle that might otherwise be consumed by Mercedes' utter dominance.

Mark Webber, not unaccustomed to a tough teammate battle, thinks the Mercedes fight is "good for Formula One".

They are dominating everything, so they must be doing something good.

But he joins those who were surprised by Rosberg's behaviour at Spa.

"It was a bit strange and not characteristic of Rosberg's driving," the Australian told Austrian Servus TV.

But at the end of the day, Webber thinks Mercedes will pull through its driver crisis with both championship crowns, with countryman Daniel Ricciardo "only having a chance if Mercedes completely implodes".

"If a team leaves the drivers to fight and they don't touch, it's fantastic," Alonso is quoted by Brazil's Totalrace. "If they do touch, the team is no good anymore.

"It's difficult for them (Mercedes) but they are leading the championship by a big margin and dominating everything, so they must be doing something good," he added.

Belgian GP steward: "It took 10 seconds to decide there was no case to answer"